With a week until the homeless ordinance changes go into effect, it's crunch time for a program that works to get homeless people off the street and into shelter. 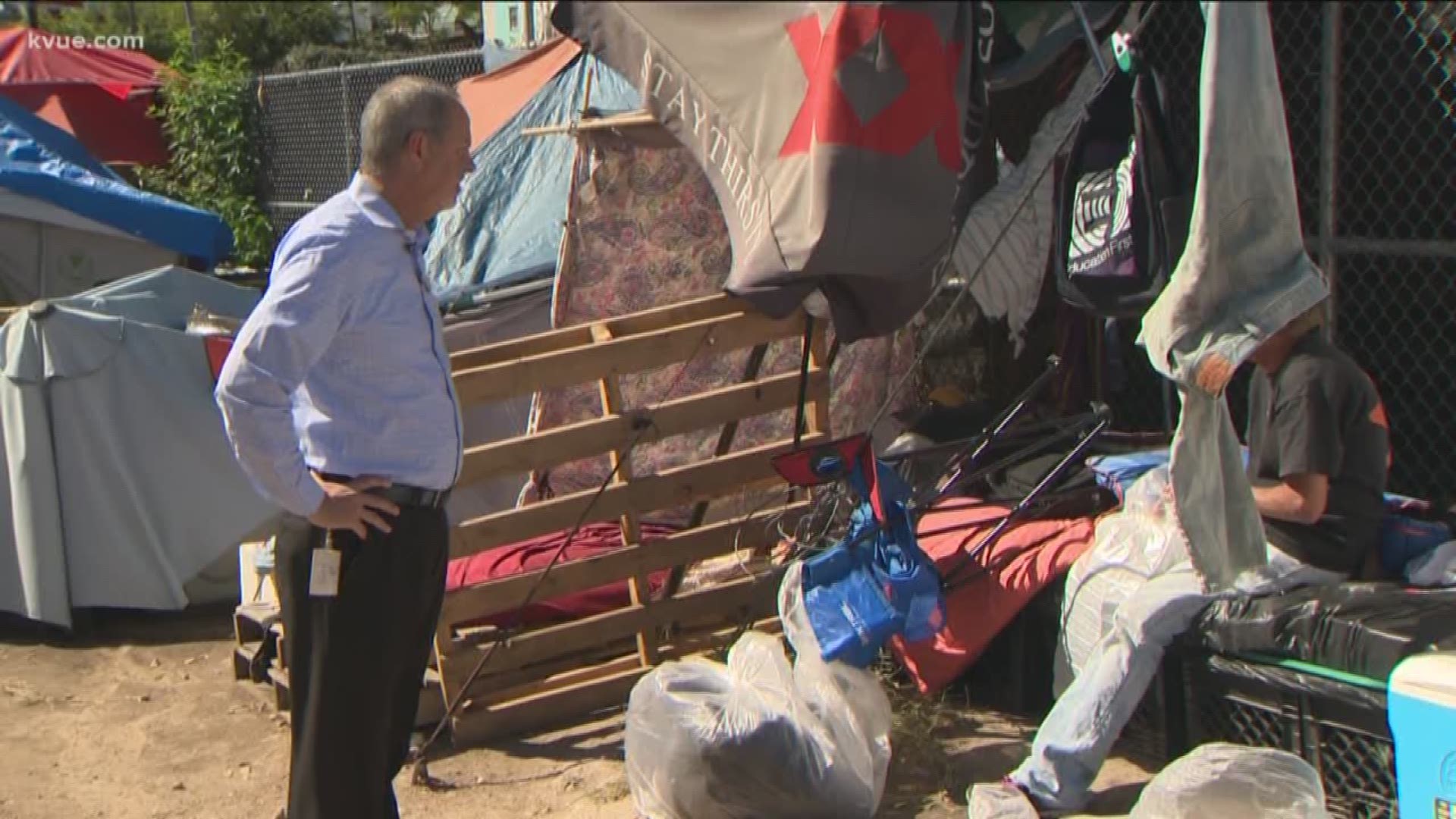 The amendments included banning anyone from sitting, lying or camping outside the Austin Resource Center for the Homeless (ARCH), a place that has anywhere from 100 to 150 people outside at night, according to the executive director of Front Steps.

The pilot program, developed by the City of Austin and more than a dozen service providers, works to connect people outside the ARCH with services and shelter.

"We know everybody that’s out there, we know their names, we know what their situation is, and now we need to figure out what we can do to get them out of that situation," said Greg McCormack, the executive director of Front Steps.

McCormack said, for the past week, Front Steps employees and HOST have been speaking to people outside the ARCH and getting their information and trying to get them help.

"We’re trying to figure out what their situation is, how long they’ve been here and primarily what they will accept," said McCormack. "And now that we have a pretty hard deadline, so we’ll be talking to people, within a week, 'You’re not going to be able to stay here, so what is your plan?' And if they have a plan, that’s fine. If they don’t, we want to work with them."

The changes to the ordinance are expected to go into effect Monday, Oct. 28.

McCormack said of the 81 people that agreed to talk to them and wanted some type of help, around 20 wanted shelter.

"It’s the hardest question. It’s the one I just struggle with," said McCormack, explaining he worries that people will end up sleeping in a less safe environment.

For those outside the ARCH, they're still trying to figure out the next steps.

"I don’t know where we’re all going to go," said Susan Peake. "We’re hoping that maybe there will be some kind of temporary shelters set up for some kind of period of time, not just a weekend, because it’s a whole lot of people that are going to need a place to spend the night that’s safe.”

Peak said she's been homeless for about a year-and-a-half.

"My life will change 180 degrees again. Not only am I starting over, but I’m having to start over from starting over," said Peake. "It’s just like two steps forward and three steps back. That’s what I call the Texas two-step in these parts."

How to help the homeless in Austin

Peake said she finds safety in her group outside the ARCH. She said she's not sure what will happen to them when they are forced to move.

"We need more places for people who find themselves homeless," said Lana Wood, who echoed Peake's request for more shelter and safe sleeping opportunities for homeless people. "We just need help. Everybody out here is not a loser. Everybody out here has families. They’re mothers and fathers and aunties and grandmas and a lot of skillful people with good talent."

Wood said she's been homeless all her life. She said her mother was homeless, so it's all she's known.

One thing she doesn't know is where everyone outside the ARCH will go next week.

"I don’t know, the ARCH and Salvation Army are busting at the seams," she said.

"With this crisis response … anybody right now who wants to get in, we’re going to get them in," he said.

He said Front Steps has 130 beds. He said it will take in more people if it means giving someone the option of avoiding sleeping under an overpass.