Austin Mayor Steve Adler is hoping that after these changes, the city can "pivot to actually doing the real work." 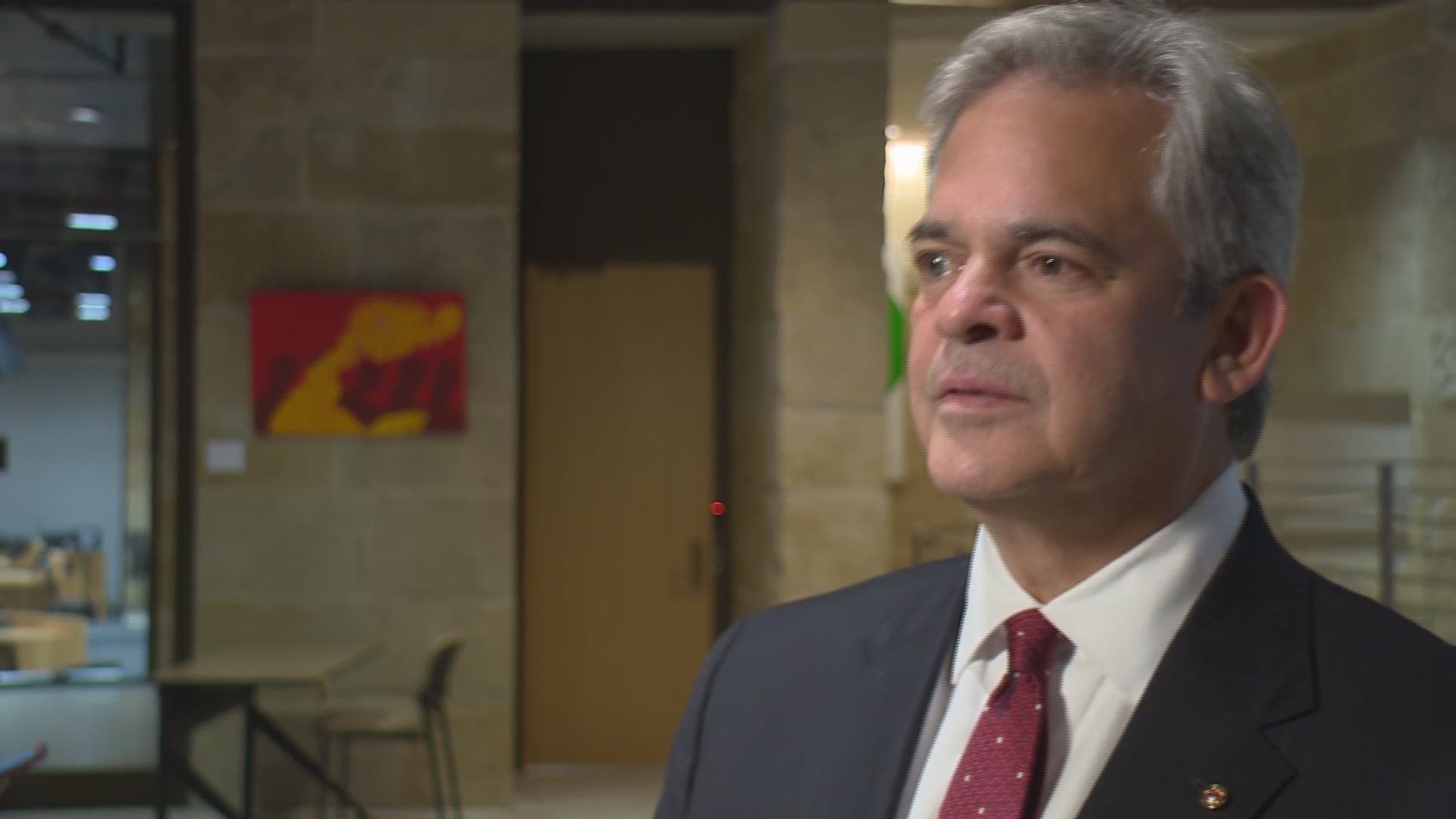 AUSTIN, Texas — For the first time since Austin City Council lifted a ban on homeless camping, sitting and lying back in June, councilmembers made changes to the city's homeless ordinances Oct. 17.

The changes mean that camping on all sidewalks will be banned, but sitting and lying down will not unless it is 15 feet from an operating business. Camping, sitting and lying around the Austin Resource for the Homeless (ARCH) will also be banned. There are other restrictions that were outlined in the council meeting.

Once the October council meeting came to a close, Austin Mayor Steve Adler caught up with KVUE's Pattrik Perez to talk about what he thought about the changes and what it all means going forward.

Here's the full interview with Adler:

Perez: Are you happy with how things turned out tonight?

Adler: "I’m pleased tonight because we had to get past this in order to do what we actually need to get done.

There weren’t that many differences with the different proposals with respect to the ordinance. We were able to give law enforcement some additional tools in order to be able to protect safety and health in the city.

The most important thing now is to pivot from the ordinances to actually put people in housing. That’s the only thing ultimately that’s going to work. It’s how we end homelessness in this city and I’m excited that now we get to focus on the real work."

Perez: Some council members were concerned about clarity. Do you think tonight’s change gave clarity to the city’s homeless ordinances?

Adler: "I think the changes we made provide additional clarity, but I also think the conversation we had on the dais with the police chief will enable the police chief to give greater clarity. Our ordinances that we have passed give the police chief wide discretion to ensure that we are not endangering – that no one’s allowed to endanger themselves or other people. The police chief has wide discretion to make sure we’re not blocking or impeding. That we’re not aggressively confronting and threatening. The conversation today demonstrated that he doesn’t need the council micromanaging his work. He doesn’t need the council to identify all the areas where that might be.

The chief and his law enforcement personnel have the ability to do that under our existing ordinances."

Perez: Gov. Abbott said if no improvements are made by Nov. 1, he will direct state agencies to provide for the public health and safety of Austin's residents. Do you feel like the changes tonight will appease him so the state won’t have to step in?

Adler: "I can’t predict what the governor will or will not do. There’s a lot of state assistance that would be really, really helpful for us. Cities across the state need a lot of help with mental health clinics and substance abuse clinics. We could really use the state’s assistance.

My hope is that the governor is not going to come into our city and force people back into the dark places. Back into the woods. I know that makes it so we don’t see it as much, but I don’t think that’s good for anybody.

The results we got from the police chief today again pointed out that there’s no data to suggest that there’s a public safety crisis or a public health crisis in our city. The chief asked for the tools that we did not give him that enabled him to arrest or ticket people that really weren’t doing anything wrong.

But so he had the tools to make them move along.

The council has said we don’t feel right being able to threaten someone who’s not doing anything wrong. We shouldn’t be jailing that person, we should be housing that person.

Perez: A lot of people were disappointed that you didn’t move forward with what’s happening at underpasses. Will you take it up in the future?

Adler: "We’re really clear there are some areas under overpasses that are not safe and are traffic violations. We have people living on medians. It’s not safe for them.

The police chief didn’t need anything from the council in order to take action on those places under the overpasses where people aren’t safe.

They have all the authority they need to deal with all the unsafe places where people can be under overpasses.

RELATED: City spending $390,000 annually to clean underneath overpasses in Austin

We don’t want them (at underpasses) either, which means even those people we have to move out of those places and put them into housing."

Adler: "I think at this point we’ve given the police chief wide discretion with respect to our ordinances in order to keep us safe and to protect the public health in this city. I really hope that everybody now focuses on housing people. We’ve lost a little bit of time going back and forth on ordinances. We’ve actually been doing a fair amount but not with the focus or having everybody putting their shoulder to that stone the way that we can do now that we’re moving past the ordinances. I think it’s important for this community to now pivot to actually doing the real work."

Mayor Adler held a press conference the day after the October meeting to expand on the ordinance changes even further.

Adler said that the ordinance that was passed is consistent with what the council said they would do back in June when they voted to lift the ban on camping, sitting and lying.

Mayor Adler said the claims that the City was spending $27,000 on homelessness per day is misinterpreted. He said much of the money is spent on preventing people from becoming homeless, assisting those experiencing homelessness and creating affordable housing.