The latest forecast from the KVUE Storm Team. 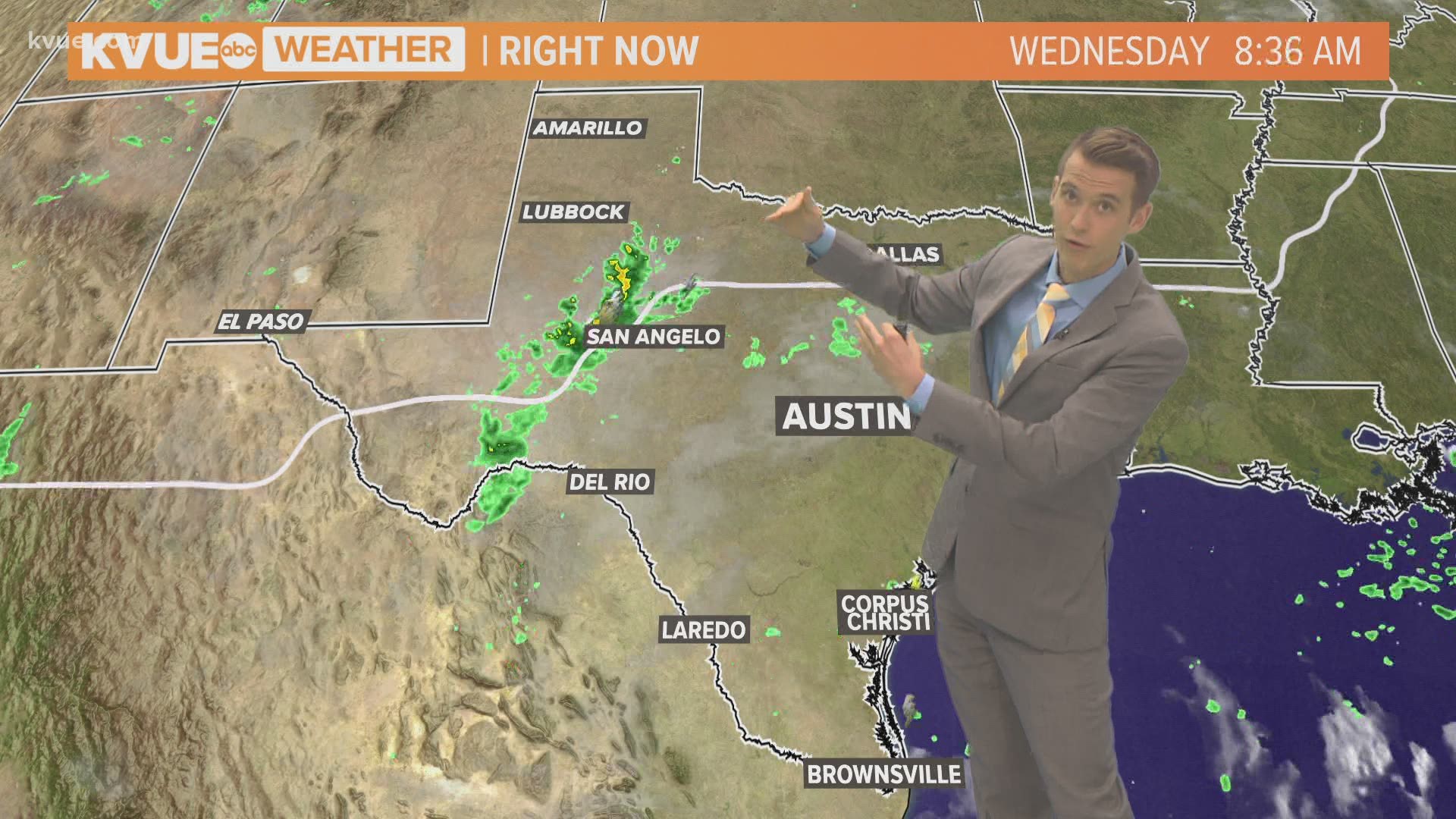 AUSTIN, Texas — We managed to steer clear from the century mark on Tuesday afternoon with an official high temperature of 98 degrees recorded at Camp Mabry. This keeps us at two days of triple-digit heat so far for 2021 – not bad for it being the end of July! We're expecting to add to the triple-digit tracker as the hottest week of the year so far is ahead.

An area of high pressure is gaining ground across the Midwest with heat advisories from the Midwest toward East Texas. Feels-like temperatures will range between 102 and 108 in the hottest parts of Central Texas. Make sure you're staying hydrated, listening to your body and taking breaks from the sun if you're outside for an extended period of time.

On Wednesday, an upper-level low-pressure system is set to move through South Texas. This will give us a slight 10 to 20% chance for an isolated shower, but widespread rain isn't expected. Some isolated heavy downpours are possible, but we are not concerned with a severe threat today. The highest chances for rain will be for our northern and eastern counties. This potential rain and cloud coverage mean our temperatures should take a slight dip into the mid and upper 90s for midweek.

By Thursday evening, we're set up for a dry pattern to reemerge with only small isolated sea breeze shower chances to close out the week. This takes us into the weekend with highs potentially climbing back into the triple digits.

We will be monitoring the potential for a frontal boundary to dip into Central Texas at the beginning of next week. This will increase our rain chances and decrease our afternoon temperatures to below average for midweek.