Adler says Austin will know in the coming days whether or not we're going to see a spike in COVID-19 hospitalizations associated with the Fourth of July weekend. 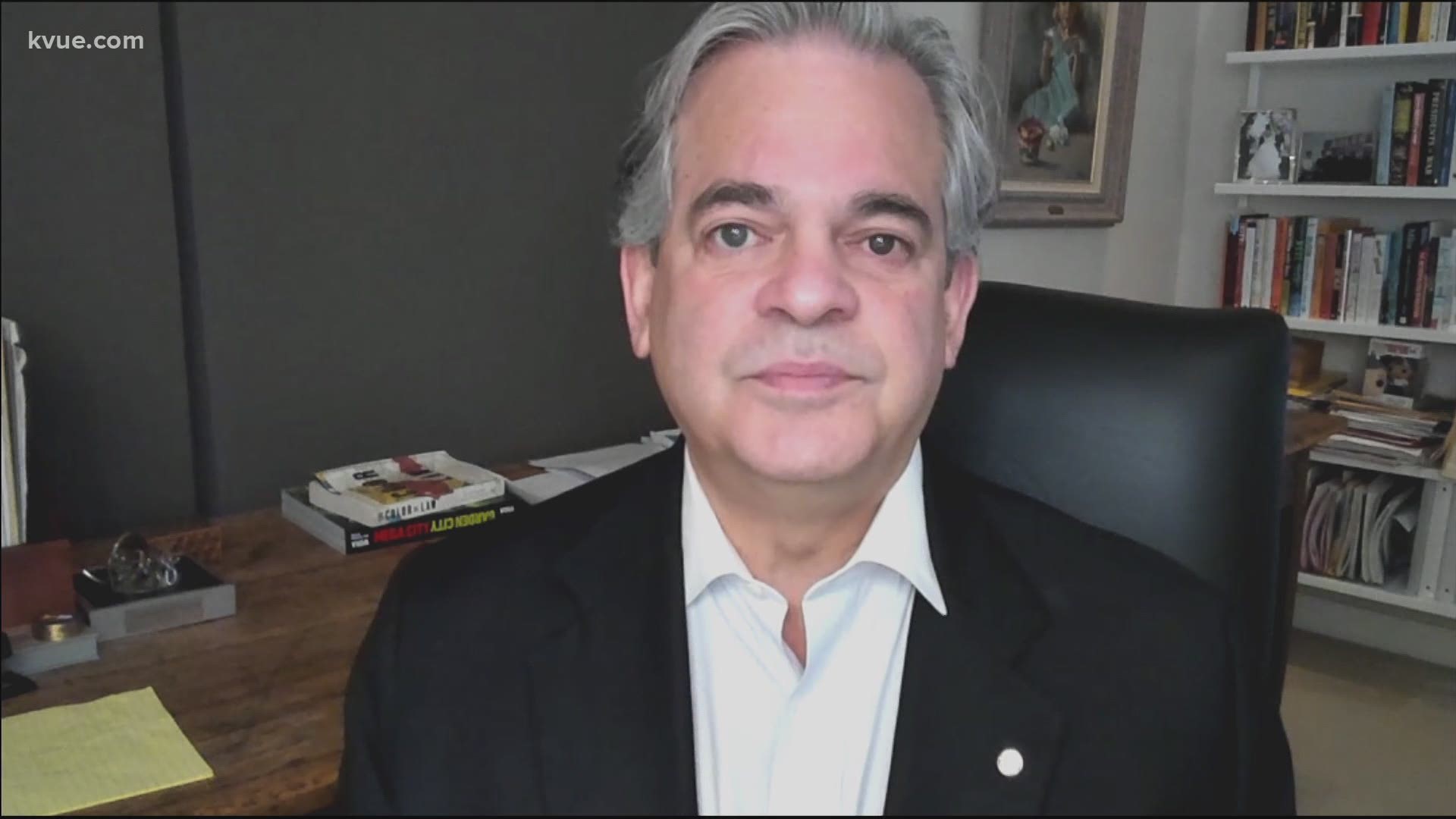 AUSTIN, Texas — Mayor Steve Adler says the next two weeks are going to be "busy and important" for Austin, from crucial COVID-19 information to public hearings on the proposed City budget.

"We’ll learn a lot about where we are as the pandemic continues, what may be involved with the beginning of the school year, how our new City budget will lay a path for realizing a more just and equitable city and we finally get to change our future with a truly citywide rapid transit system," Adler said in his newsletter Saturday morning.

Adler said that Austin will know in the coming days whether or not we're going to see a spike in COVID-19 hospitalizations associated with the Fourth of July weekend. He said he hopes that the current bending of the curve continues, saying that Austin has been doing pretty well in the last few weeks, as shown on this new website from UT modelers.

"Yet, it seems almost whenever a city does well across the country, its community relaxes and loses the discipline necessary to sustain a lowering of the virus curve," Adler said, adding that in some parts of Texas, some people can't get into hospitals and we want to prevent that from happening in Austin by continuing to follow public health protocols.

Adler also noted that in the next two weeks, the city council will be holding public hearings on City Manager Spencer Cronk's proposed budget. Those hearings will be held on July 23 and July 30, and you can sign up to speak here.

Adler said he appreciates Cronk's work and notes that it "calls for the lowest year-to-year increase in fees and taxes in nearly 20 years" – but he isn't ready to sign off on it yet.

"We must accelerate undoing generations of systemic discrimination in everything we do, including but not limited to policing. This task is right, but it will not be easy. Truly re-imagining policing will require us first to re-imagine how we finalize a budget. This one won’t be done in August," Adler said. "I anticipate budget amendments in the coming months as we find better ways to be both a safer and a more just Austin."

Finally, Adler said that in the next two weeks, the city council will consider putting Project Connect on the November ballot. The plan being considered includes focused investments in sidewalks, bike and active transportation networks and "even goes underground downtown to address congestion and increase speed and frequency for buses all over the city."

Capital Metro will hold a virtual Project Connect open house on Wednesday, July 22. You can register for that here.

WATCH: What would it take to get Texans to wear masks amid the pandemic?

Some Austin City employees will get COVID-19 hazard pay, but not first responders