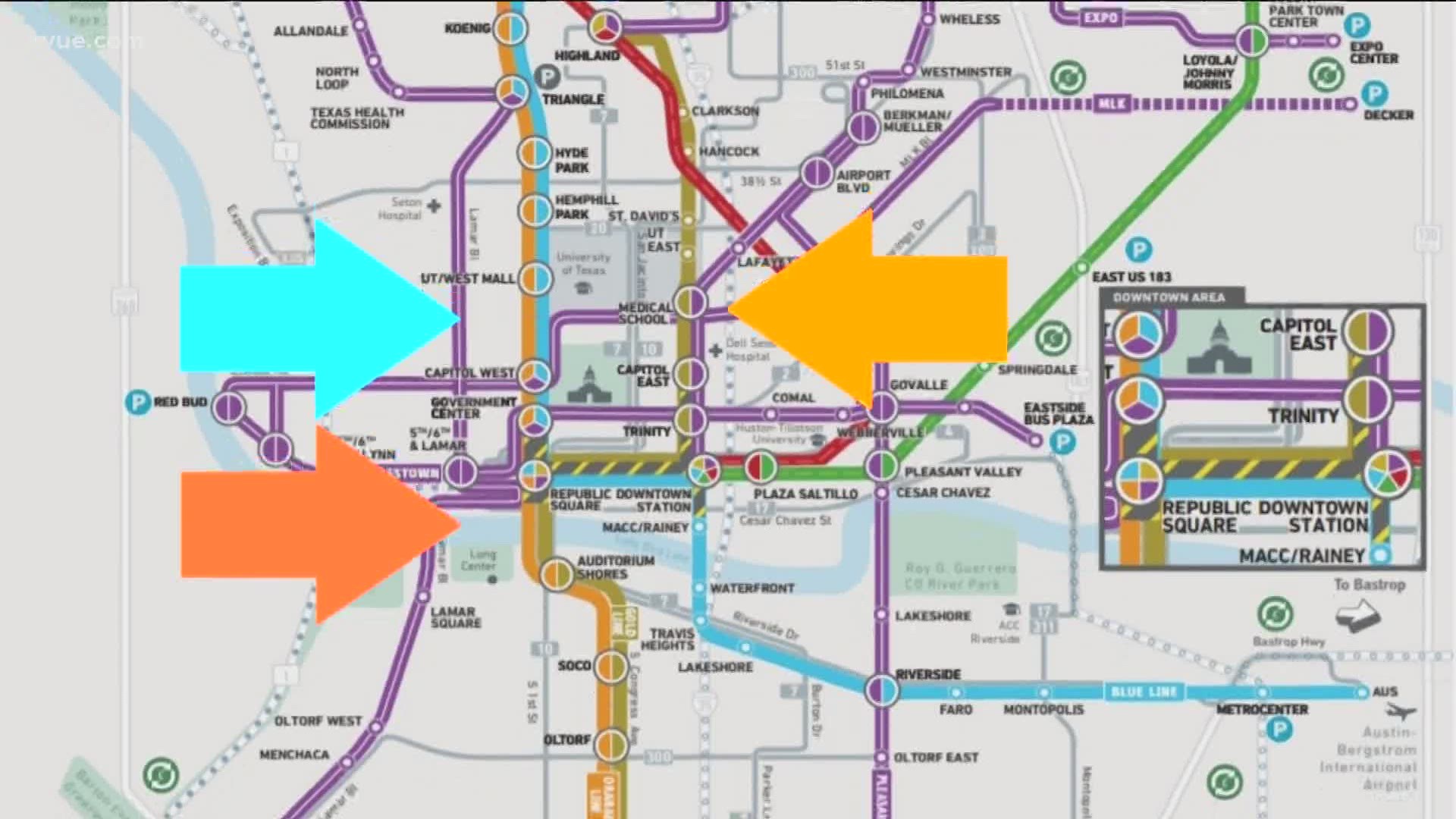 AUSTIN, Texas — After more than a year-and-a-half of planning, Capitol Metro's plan to redesign transportation in Austin has been unanimously approved by the Austin City Council.

During Wednesday's meeting, the council voted 11-0 to endorse the Project Connect transit system, which includes more MetroRail options and three new light rails, including the construction of an underground tunnel housing a light rail system in the Downtown Austin area.

Before heading to the council vote, Project Connect was unanimously approved by the CapMetro board on Wednesday afternoon. The next steps are determining financing and governance.

"Today really marks a significant benchmark in the history of Austin," said Wade Cooper, CapMetro's board chair. "This is a plan that's very robust and lays the foundation for additional work that can be done as Austin continues to grow. Otherwise, we're looking at congestion, unending congestion, unending sprawl."

In May, CapMetro hosted a virtual town hall for community members to ask questions and express their concerns on the project.

Based on a survey conducted by CapMetro, nearly everyone who participated said Austin needs more "big city" transit. More than 90% of them also supported the addition of three new light rail lines.

One light rail would connect Austin-Bergstrom International Airport to Downtown Austin. Another would connect Parmer Lane in North Austin to Slaughter Lane in South Austin.

RELATED: Traffic in Austin ranked one of the worst in the United States, report says

The third light rail line, a newer part of the proposal, would run six miles between Downtown Austin and Austin Community College's Highland Campus. It would also have a stop at the University of Texas at Austin.

In total, light rail would span more than 30 miles across Austin. Bus rapid transit will take up about 74 miles throughout the area.

The plan also includes improving the current MetroRail line and adding another to Manor and Elgin eventually, more bus options, a 1.5-mile underground transit tunnel and a river crossing.

"This is the first time we've laid out a system-wide approach with a variety of projects, regional in scope, multigenerational in duration," Cooper said.

Click here for an overview of the transportation plan.

With the resolution passed, leaders will begin laying out the project's budget and governance in July.

The project cost is estimated at $9.8 billion. At least 40% of that is expected in federal funds. CapMetro revenue will help cover more of it.

The rest will be up to voters. It could come from a property tax rate election or bonds, which would be decided on the November ballot.