Officials are working to obtain three trucks to assist funeral homes and morgues with fatality management. 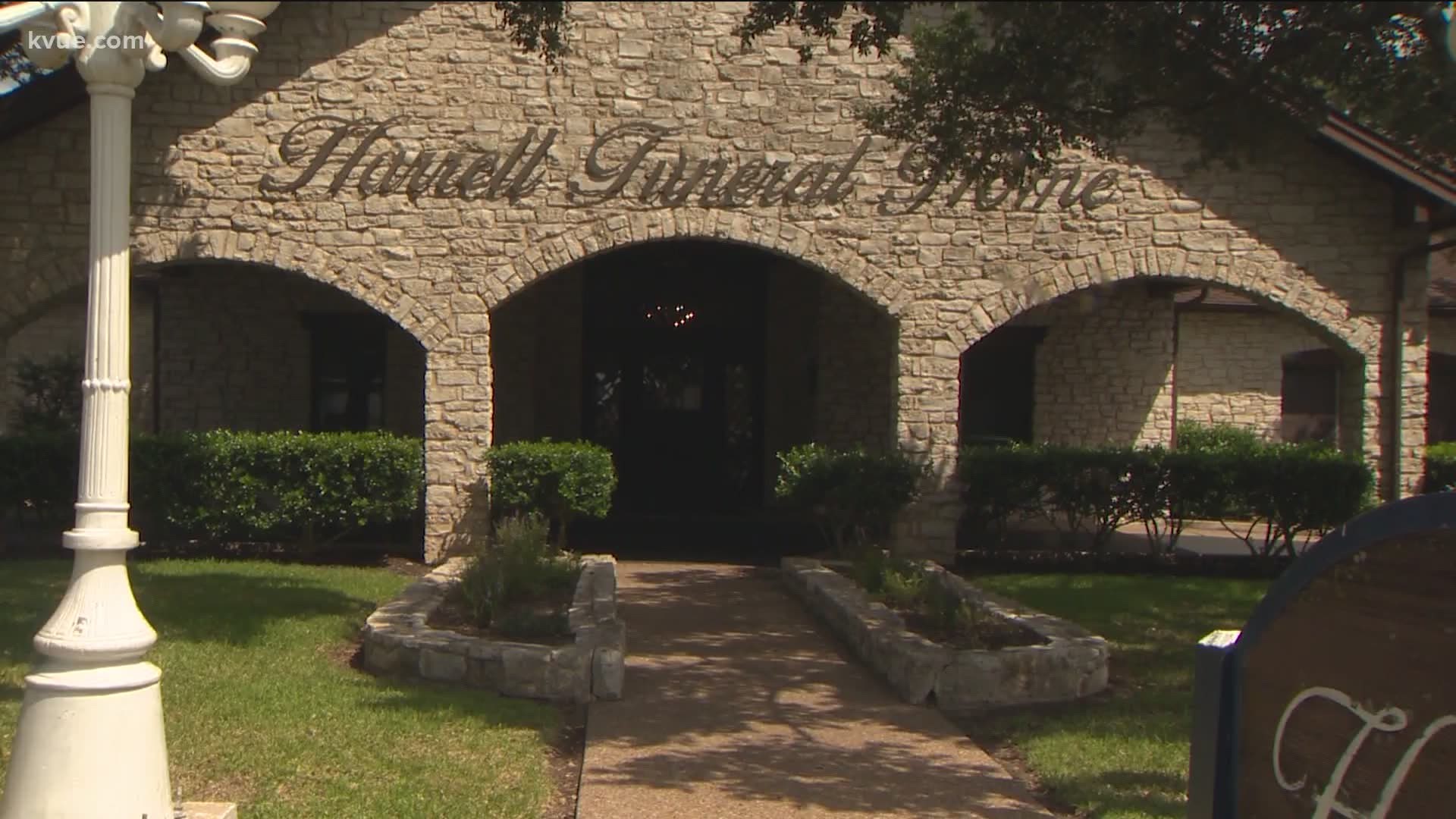 AUSTIN, Texas — A spokesperson for Travis County on Friday told KVUE they are in the process of procuring refrigerated trucks "out of an abundance of caution" in case local morgues and funeral homes run out of space due to COVID-19 deaths.

The spokesperson said that although numbers are currently manageable, the County requested to rent three trucks. Two would be used for fatality management and one would likely go to the Travis County Medical Examiner's Office for storage purposes. The county spokesperson did not know when the trucks were expected to arrive.

"Looking at the numbers, obviously the test rate, the number of deaths continue to rise. If things do continue in that direction, at some point, you probably will reach capacity. Obviously we don’t want to get to that point," said Jason Harrell, the funeral director at Harrell Funeral Home.

He said he thinks the county's move to request the trucks is a smart one to make sure the area is prepared.

"Once it’s here, and you’re out of capacity. It’s too late," said Harrell. "You have nowhere to go."

Harrell said Harrell Funeral Home is currently at about 80% capacity, which is more than they had this time last year. He said while there has been an uptick in deaths, they've been able to handle it so far, though there is concern for the future.

This all comes as funerals are still ongoing, even though they may look a bit different.

"We’ve had to find new ways and creative ways to meet with families, to host and hold funerals, and to give families the proper time to grieve," Harrell said, explaining they've used technology, like Facebook Live, to help bring people together.

Harrell also said some people will opt to have their loved ones buried and then hold a celebration of life at a later date.

Meanwhile, Austin-Travis County Emergency Operations said it has a management task force in close communication with local funeral home and crematory directors, monitoring their ability to take in a possible increase in coronavirus fatalities.

A 'double whammy' on hospitals: coronavirus and flu patients

Field hospital at Austin Convention Center to open next week as city prepares for surge in COVID-19 deaths, APH says

"In the event they are over capacity, Travis County and the City of Austin are making plans to stand up additional, temporary storage capacity in the interest of protecting public health," the spokesperson said. "Those plans have been in the works for several months. Preparations for a phased activation of our fatality management plan are currently underway."

Officials have been working to turn the Austin Convention Center into an alternative care site should local hospitals become overwhelmed with patients, though they have repeatedly said they hope it will never have to be used. It is expected to be ready by July 21.

Officials said the state has supported local partners with refrigerated trucks for past disaster events including hurricanes, tornadoes and active shooter events.

Fourteen trucks have been requested from FEMA for Texas and they will be staged regionally across the state. If local partners need them, they will be able to access them, but they don’t have specific destinations yet.

The Texas Division of Emergency Management already has eight trucks staged across the state. It’s still not clear if Austin-Travis County have requested any out of the 14 requested from FEMA.

According to the Austin-Travis County Fatality Management Task Force, this appears to be the first time trucks have been requested here. Capital Area Trauma Regional Advisory Council (CATRAC) has had a small refrigerated unit available, on standby, for some time but Emergency Operations has never taken advantage of it until now.

Thursday marked the record number of deaths throughout Texas with 129 reported. As of Thursday, 189 deaths have been reported in Travis County since the pandemic began. For updated COVID-19 data for the area, click here.