The Zilker Park train will open this fall with a new look and new name ... sort of. 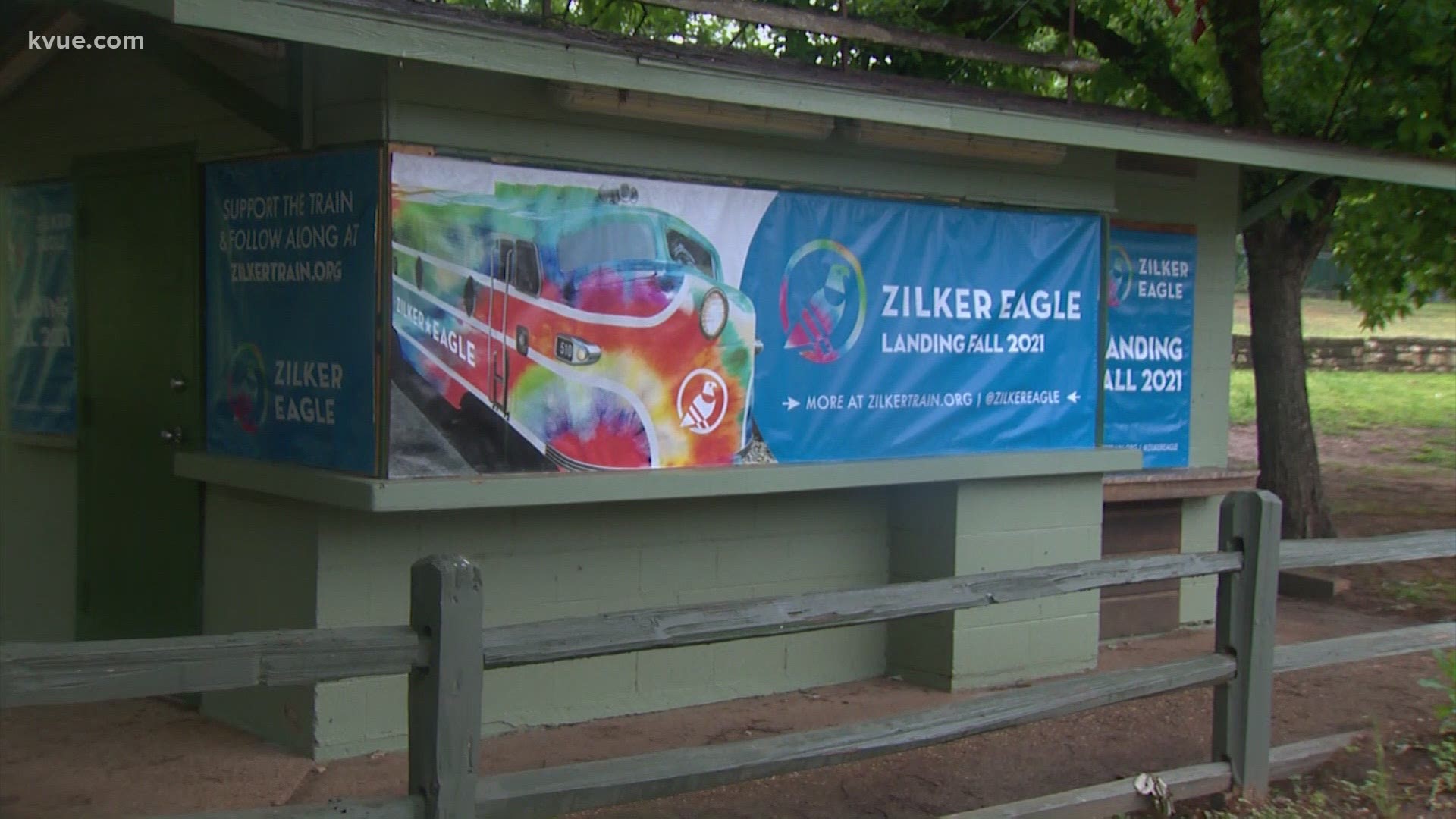 AUSTIN, Texas — An old Austin favorite is getting a new look and a new name ... well, kind of.

On Friday, the Austin Parks Foundation (APF) revealed the new name and branding of the Zilker train. More than 750 names for the train were submitted last fall.

They landed on a familiar name – the "Zilker Eagle."

"It was the name of the first train in Zilker," the foundation said. "Excited to bring a new train to a new generation of Austinites. It’s going to be a tie-dye train because it's 'Keep Austin Weird.'"

APF made the announcement at a press conference Friday at the Zilker train depot, located at 2100 Barton Springs Road.

The new train will replace the "Zilker Zephyr," which went out of commission in 2019 after a storm eroded a portion of its track. The new train was originally expected to open in August, but completion is now expected this fall.

This year marks the 60th anniversary of the Zilker train.

We're proud to present the @zilkereagle: the new mini train at Zilker Park! The Eagle Is Landing Fall 2021. Learn more at https://t.co/W6kWtK5xh8! 🦅 🚂 pic.twitter.com/0QseirJteB

APF told KVUE earlier this month that the new model will look like a 1940s passenger train and, unlike past versions, it will be electric-powered and fully accessible to everyone in accordance with the Americans with Disabilities Act (ADA).

The new train will also accept multiple forms of payment, including online ticketing. A portion of the proceeds will go to supporting and improving Zilker Park.

Much of the new train's route will remain the same, but there is one change. The train will still start at the depot near Barton Springs Pool and make its way along Barton Creek to Lady Bird Lake. However, it will now turn around at Lou Neff Point, just about 100 yards short of where it used to circle back.

The very first train to chug along the tracks at Zilker Park back in 1961 was the "Zilker Eagle," a locomotive style train. Then, in 1997, the City of Austin had a name contest and the "Zilker Zephyr" was born, a diesel freighter-style train.