The new train, coming summer 2021, will replace the Zilker Zephyr. 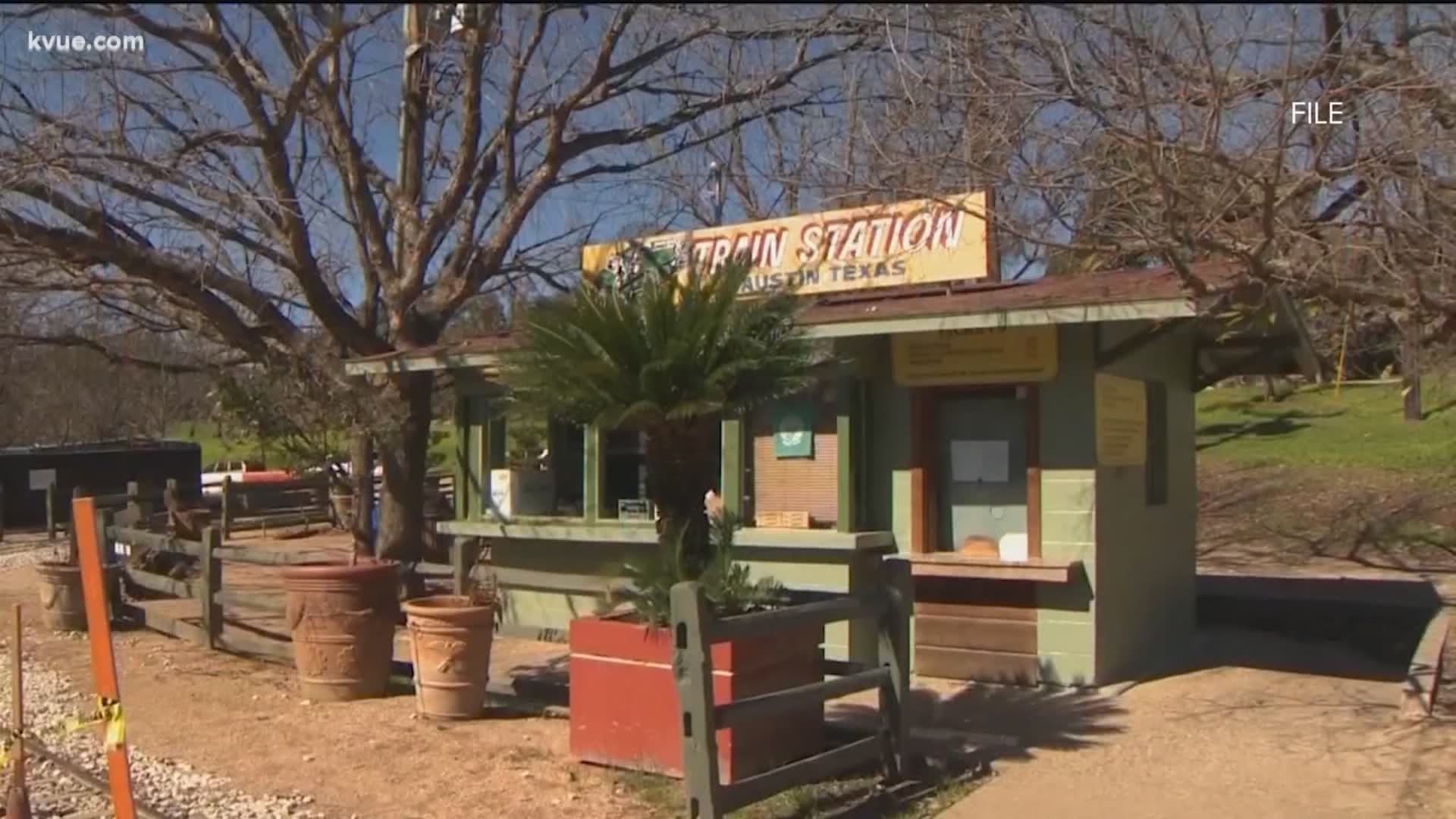 AUSTIN, Texas — A new train is chugging its way to Zilker Park next summer, and you could be the one who names it!

The Austin Parks Foundation on Tuesday announced a new naming contest for the Zilker Zephyr's replacement. Through Sept. 21, the community is invited to submit suggestions. The winner will be selected in time for the new train in summer 2021.

In January of this year, the Zephyr's vendor decided to cease its operations. Since then, the City of Austin has been working on a solution.

The Austin Parks and Recreation Department found that solution in the Austin Parks Foundation. The foundation will now be operating a new train, with the proceeds to benefit Zilker Park.

“The decision from City Council and PARD for Austin Parks Foundation to take on the operations of the train during this time, versus another concession vendor, will allow us to put proceeds from the train directly back into Zilker and Austin's parks system while the master planning takes place,” said Austin Parks Foundation’s Chief Mission Officer Ladye Anne Wofford. “We deeply understand the importance that parks play in our lives as Austinites. We are ready to give Austin a train named by them, for them.”

A miniature train has been running through Zilker Park since 1961. The first was the Zilker Eagle, which ran for more than 30 years. It was followed by the Zilker Zephyr, which was named in 1997 after a City of Austin contest. The privately operated Zephy went out of commission in May 2019 due to track erosion and eventually disagreements with the parks department.

Now, as Zilker Park undergoes a master planning process, the Austin Parks Foundation is working with an engineering firm to conduct a structural assessment to determine what needs to be done. The foundation aims to raise more than $525,000 to find the project. To date, it has raised $55,000.

The new train will be in the style of a 1940s passenger train. And, for the first time ever, it will be electric, shaded and Americans with Disabilities Act (ADA) accessible.

Name ideas can be submitted online here. The submission page also includes a coloring sheet for kids to use with their name suggestions. The most popular names will be announced at the foundation's Party for the Parks on Sept. 30. Voting will be open at that time for the final selection.