According to its contact, Texas Special Inc. owns the train but the City owns the tracks. 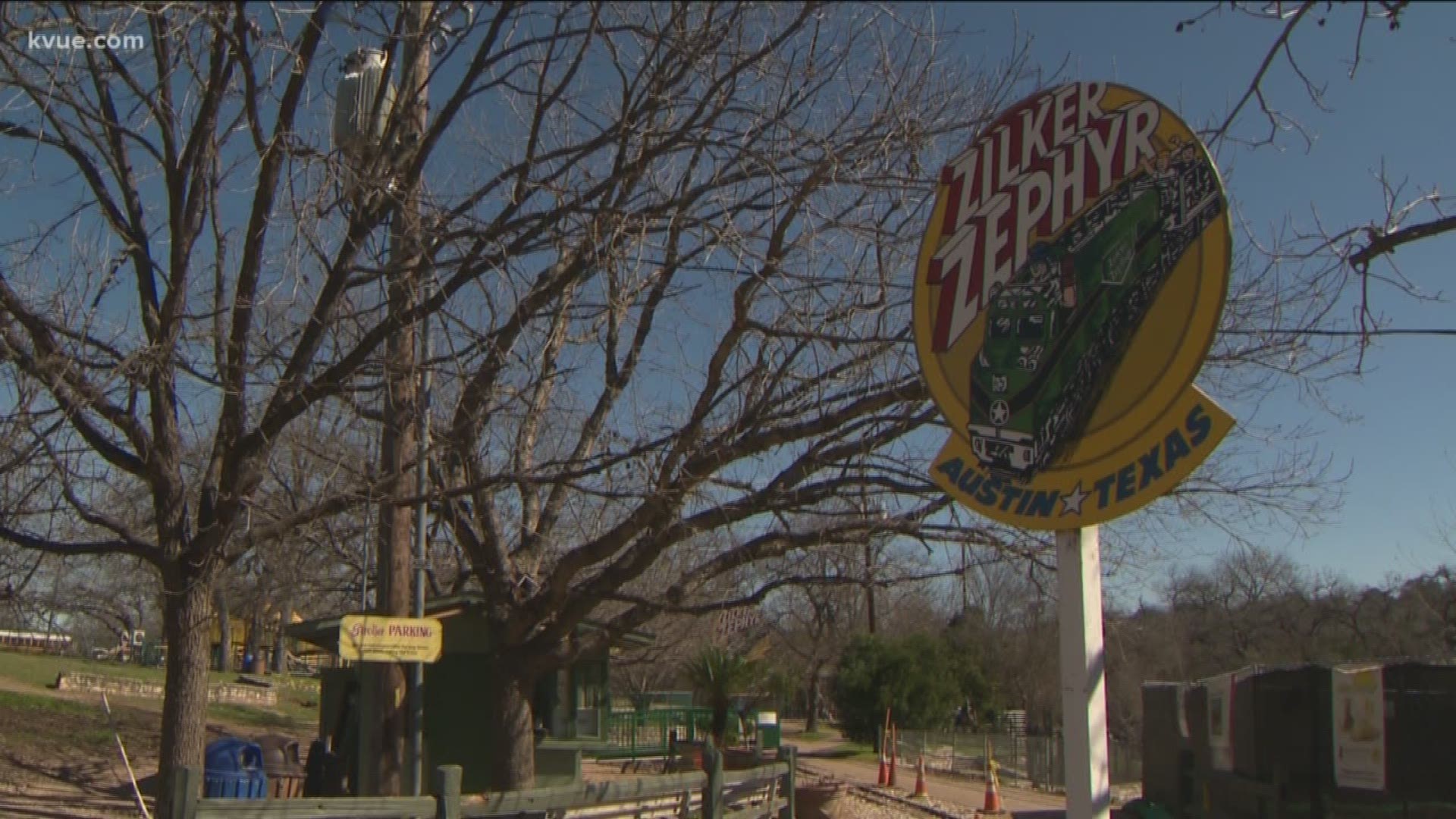 AUSTIN, Texas — The City of Austin has filed a lawsuit against the former operator the Zilker Zephyr, Texas Special Inc., to keep it from pulling up the tracks the beloved train sits on.

The City of Austin learned on Jan. 31 that the business was planning to pull up the tracks. Austin police told Texas Special to stop removing bolts on the track and it complied and left.

But, according to the suit, the City is concerned that Texas Special might come back to remove additional tracks.

According to the contract, which ends on Feb. 28, the City of Austin owns the tracks while Texas Special owns the train itself. So, the City is seeking a temporary restraining order to prevent further dismantling of its tracks and more erosion that could occur as a result.

Austin first learned about Texas Special's plans to cease operations of the Zilker Zephyr on Jan. 29 when it posted on Facebook that it was time to say goodbye. This sparked City officials to speak up, saying the train wasn't going anywhere.

The train ceased operations in May 2019 after heavy rain caused erosion to the ground underneath the tracks near Lady Bird Lake. Since then, Texas Special said it tried to work with the City to find a solution, including a new five-year contract it believed would offer plenty of time to make repairs and recoup the costs. Instead, the City offered a three-year contract, which Texas Special declined.

"Due to the amount of money we had projected we would have to invest for the repair, we understood only a contract with a guaranteed five years would make financial sense for our level of investment," the operators wrote.

Texas Special told the department it would cost around $250,000 to fix the tracks based on an estimate provided by a licensed engineer.

The Parks and Recreation Department explained its decision on Jan. 29:

Now, the City said it is working to open the bidding process for a new contract and vendor in the spring. As of now, it is unclear if the next operator will be able to keep the Zilker Zephyr name – which was once called the Zilker Eagle. Because the City only owns the track, the next vendor will have to provide the train that will work on the existing track.

Texas Special released its final statement on the matter on Jan. 30, saying it will be taking the Zephyr on its way out.

"Thank you to the people of Austin who get it! It’s not that we are unhappy with our contract ending. It’s that we are unhappy the way Parks and Recreation Department (PARD) handled the whole situation, that we believe was deceptive. Why did PARD lead us to believe we had a chance to make repairs and a contract extension? Why not say, 'let’s wait because our contract is almost over and PARD might want to put the contract out for bid again.' Instead, you/PARD mislead us and let us spend over forty thousand dollars and countless hours on finding a solution for the problem. It’s easy to dismiss someone’s hard work and commitment to the City of Austin when your money isn’t involved. The contract between the vendor and the COA is an agreement, that proved to be successful up until the last actions and unethical practices by the city staff. The perception and actions by the city prove that the small businesses in Austin and locally owned are not a priority.

We understand that the Zephyr wasn’t going to operate forever, however it would have been nice to go out on better terms. We know that natural disasters occur and that it’s no one’s fault, but to look the other way and say 'the department is working expediently as possible to procure a new vendor' is a low blow for the length of time the Zephyr has been a part of Zilker Park. Furthermore, the council members responses is a reflection and an attitude of 'business as usual.' and no regard to one local business owner. Instead, let’s get a new vendor nothing wrong here!

Lastly, there are a lot of people out there claiming they know this and that, but really don’t know anything about the arduous work, meetings and time/money that was involved for a successful solution. It’s unfortunate, that they have a platform that’s easily misused and does not align with city ethics.

In addition, yes, we are leaving Zilker Park and we are taking our big green Zephyr train with us!"

A copy of the lawsuit can be read here.

"We regret it’s come to this but when we learned the contractor was attempting to remove the track, which would limit our ability to bring in a new operator, we had no choice but to ask the courts to confirm the City’s ownership and protect the train infrastructure," a spokesperson for the City said on Feb. 5. "The Zilker train is part of Austin history and our Parks and Recreation Department is working as quickly as possible to have the train operational."

Texas Special said it would not be commenting on the lawsuit.