Police received a call sometime after 11 p.m. Thursday about a woman who was kidnapped at gunpoint by a man in a four-door red sedan. 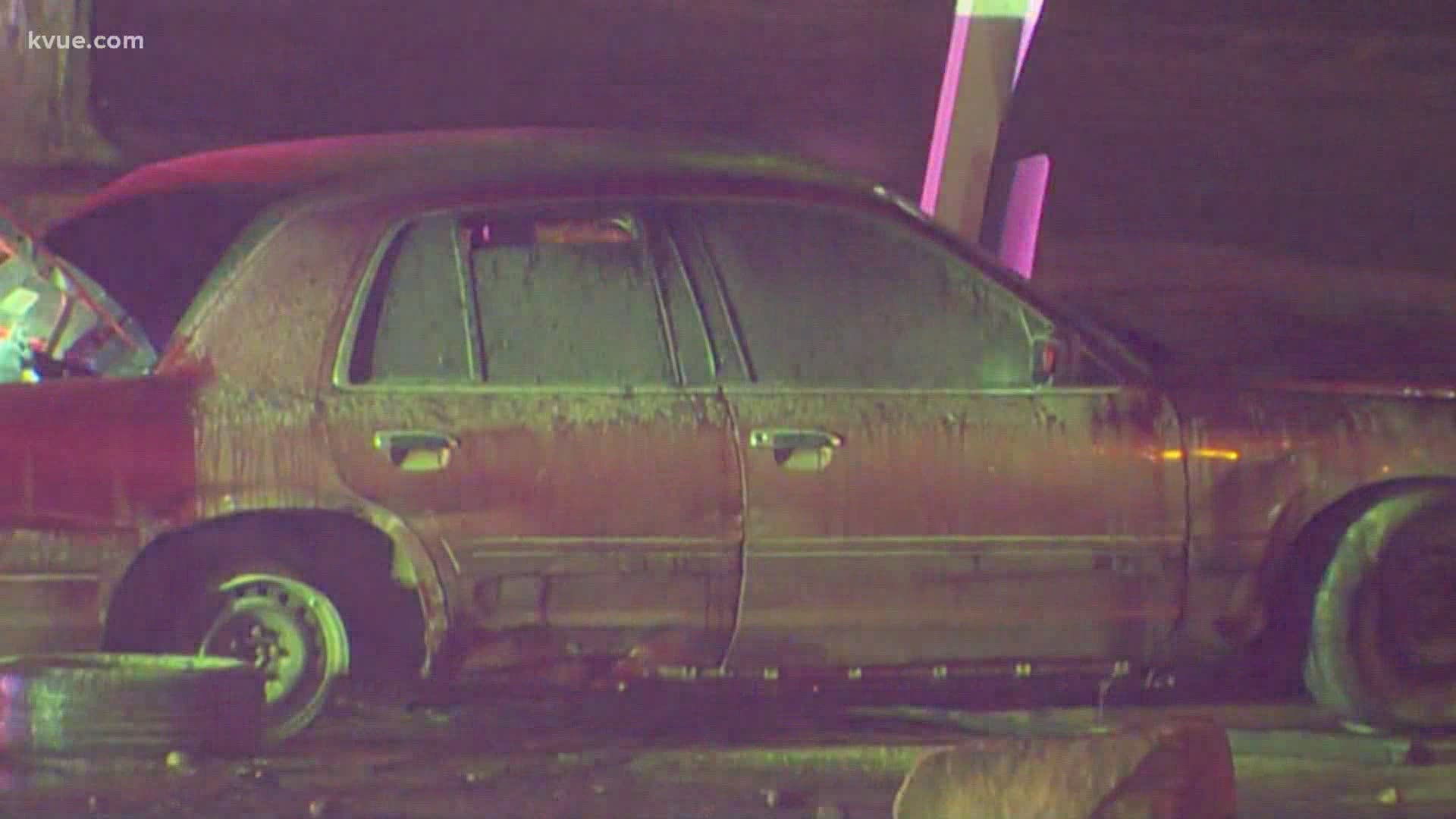 AUSTIN, Texas — A man is in police custody for allegedly kidnapping a woman in North Austin.

The incident happened sometime after 11 p.m. Thursday. Police received a call about a woman who was kidnapped at gunpoint by a man in a four-door red sedan.

Officers later spotted that car at the intersection of Braker and Kramer lanes. The woman inside noticed officers, so she got out of the car and ran to them.

When more officers arrived, the suspect tried to escape and crashed into two patrol cars. Somehow, he popped his tires, got stuck in a ditch and officers believe he somehow set his own car on fire.

Within five minutes, he got out of the car on his own and police arrested him.