Coldest weather in over 30 years possible for Central Texas

The current forecast calls for a low of 6 degrees Tuesday morning in Austin. This would be the coldest temperature for Austin since 1951. 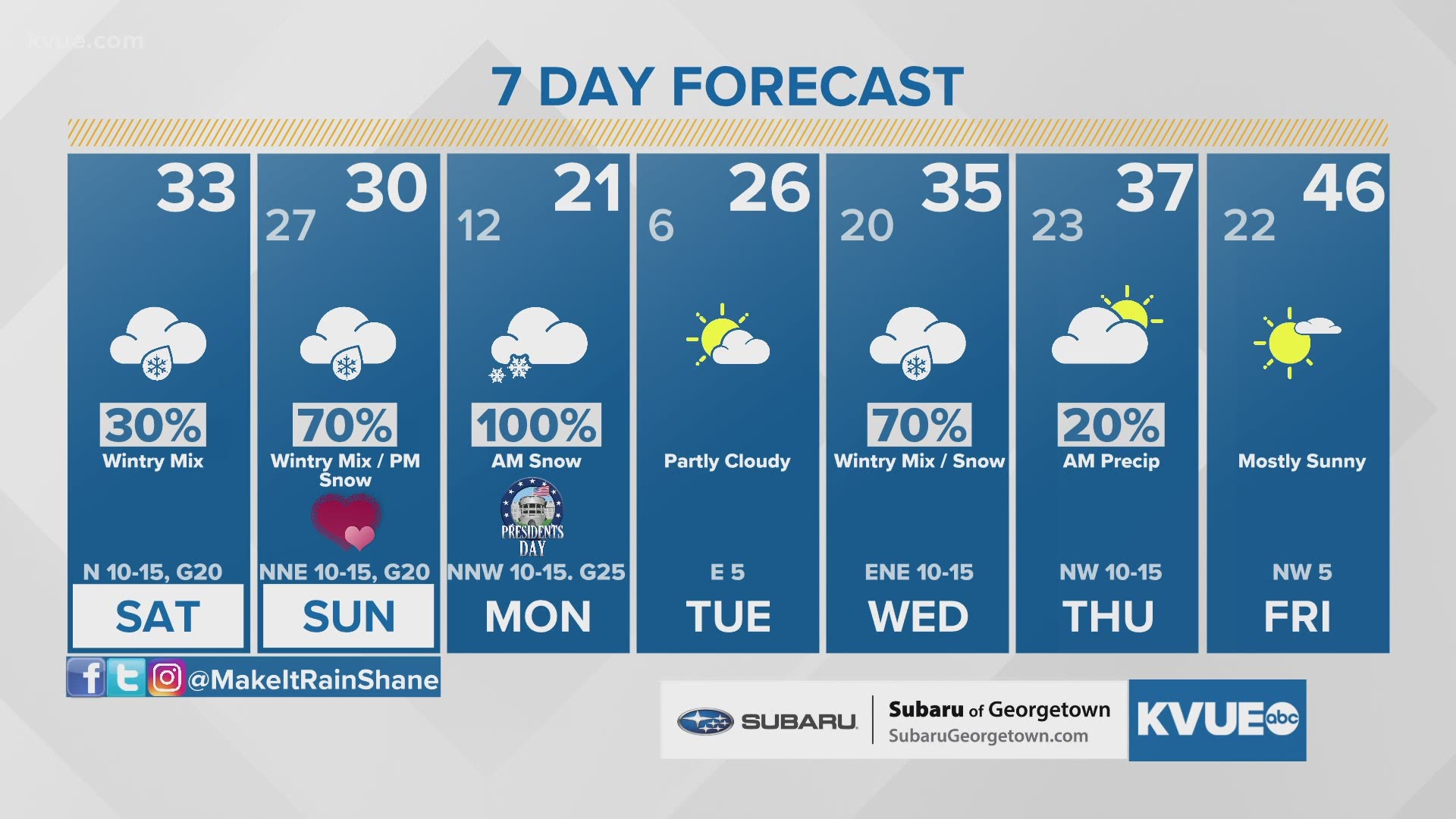 So, let's put the numbers in perspective, starting with Monday afternoon. The current forecast calls for a high of 21 degrees in Austin on Monday. This type of cold is certainly very rare, but not completely unheard of. The coldest high temperature on record for Camp Mabry is 20 degrees on Jan. 10, 1962.

The coldest weather will likely come Tuesday morning. So let's look at the all-time record low temperatures for Austin. The coldest low and overall temperature on record for Camp Mabry in Austin is -2 degrees on Jan. 31, 1949.

The current forecast calls for a low of 6 degrees on Tuesday morning. If this forecast verifies perfectly, then it would rank as the third-coldest low temperature on record.

So, to sum everything up, the current forecast does in fact call for the coldest weather in over 30 years. Monday's forecast high of 21 would be the coldest since Jan. 30 and 31, 1951.

Tuesday morning's forecast low would be the coldest since Dec. 23, 1989.

So buckle up for an extended stretch of seriously cold weather here in Central Texas. Aside from that, there will also be opportunities for additional wintry precipitation. Details on the entire forecast can be found here. Stay safe and stay warm.

Download KVUE's app for constant weather updates and to keep up with radar 24/7: kvue.com/app.