The Chaps won of their second UIL state championship in school history after defeating Denton Guyer, 24-0. 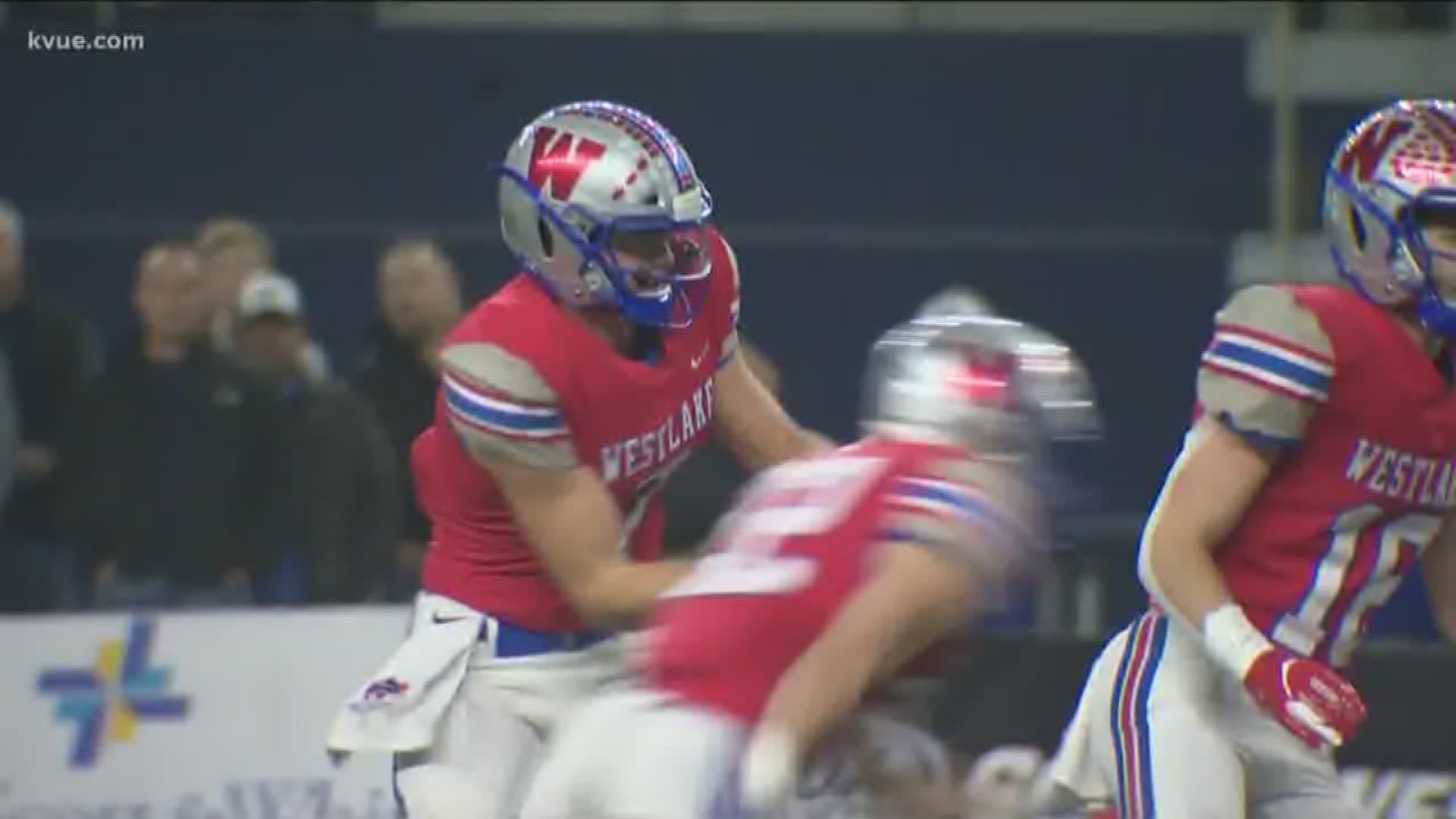 Michaux started the game hot and led the Chaps offense down the field to score a five-yard touchdown to Jake Misch on the opening drive.

Denton Guyer had its fair share of unfortunate circumstances after Westlake's first touchdown. The Wildcats returned the ensuing kickoff back for a touchdown, but it was called back due to a holding penalty. Shortly therafter on the opening drive, Denton Guyer lost its star quarterback. Four-star Texas A&M commit Eli Stowers injured his left leg on the opening drive and was ruled out for the rest of the game.

Freshman quarterback Jackson Arnold took over at quarterback for the Wildcats and was ultimately ineffective against the Chaparrals defense.

Westlake kept the pedal to the metal on Denton Guyer. The Chaps went for it on fourth down three times in the first half, including a 33-yard touchdown pass from Michaux to Mason Mangum on 4th-and-18.

Michaux added another touchdown pass in the second half, a 39-yard pass to Jackson Coker. Michaux finished the game throwing for 285 yards and three touchdowns, and was named the offensive MVP of the game. Senior wide receiver Ryan Lindley also became the second Chap in school history to record 100 catches in a single season during this game.

Westlake's shutout win over Denton Guyer was the first by a team in the state's largest classification since 1998's Midland Lee beat San Antonio MacArthur 54-0. The latest shutout win in any state classification championship game was George Ranch over Mansfield Lake Ridge 56-0 in 2015.

Congratulations to Westlake on winning its second state title!