The Texans looked for their third state championship in school history when they kicked off against Pleasant Grove. 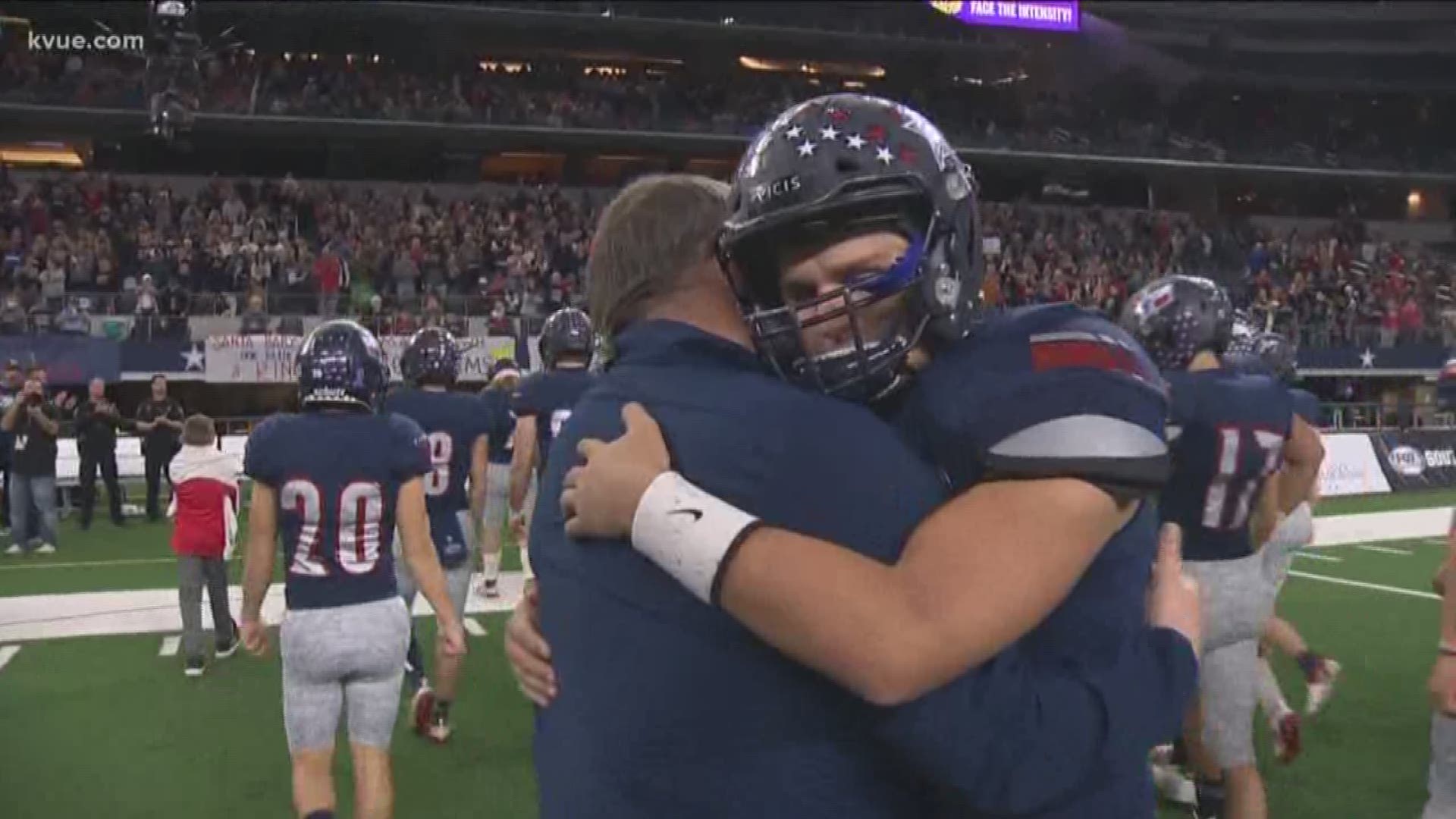 ARLINGTON, Texas — A storybook season ended in disappointment for the Texans, as they fell to Pleasant Grove in the state championship game.

Wimberley was hoping its Cinderella magic would last just one more game – one more half when it found itself trailing by only seven points to powerhouse Pleasant Grove at the break.

But that's when the Hawks decided to break their opponent's glass slipper.

Pleasant Grove did it by dominating the point of attack, ripping off big run after big run and suffocating the Wimberley offense.

"Their D-line, those guys are some of the best I've ever played against in my four years," Wimberley senior quarterback Cooper McCollum said. "They're big, they're physical, they're awesome guys."

"They stuffed our run game and we became one dimensional and it was tough to move the ball on them," Texans head coach Doug Warren said.

Pleasant Grove running back Bruce Garrett did big damage on the ground, rushing for over 250 yards.

Despite the loss for the Texans, there was no damage done to the pride of what they accomplished.

"We wanted it every single Friday night more than the other team and that was clear every time we stepped on the field," senior tight end Colby Boyle said. "We weren't supposed to be here tonight and we came out and fought our hardest. We had a few mistakes but we stayed in that game and we fought our hardest, just like we had been for the last six weeks."

Wimberley was a team that proved a lot of people wrong just by getting to the state championship game. The town ... a town of fewer than 5,000 people, loved every second of it.

"It's a very small town, but it feels very big on Friday nights," McCollum said.

"You look up in there and are like, 'Where did all these people come,' from because we don't have that many people in our little town," Warren said.

"They've always been there for us through the terrible season of last year and even in the loss tonight, they still love us. They're not going away any time soon and (we're) just blessed to have them in our lives," McCollum added.

What will happen to Margot Carey, Heidi Broussard’s newborn daughter?