If the House Democrats who left Texas to block voting legislation don’t return before the special session ends, these Senate bills will not become laws. 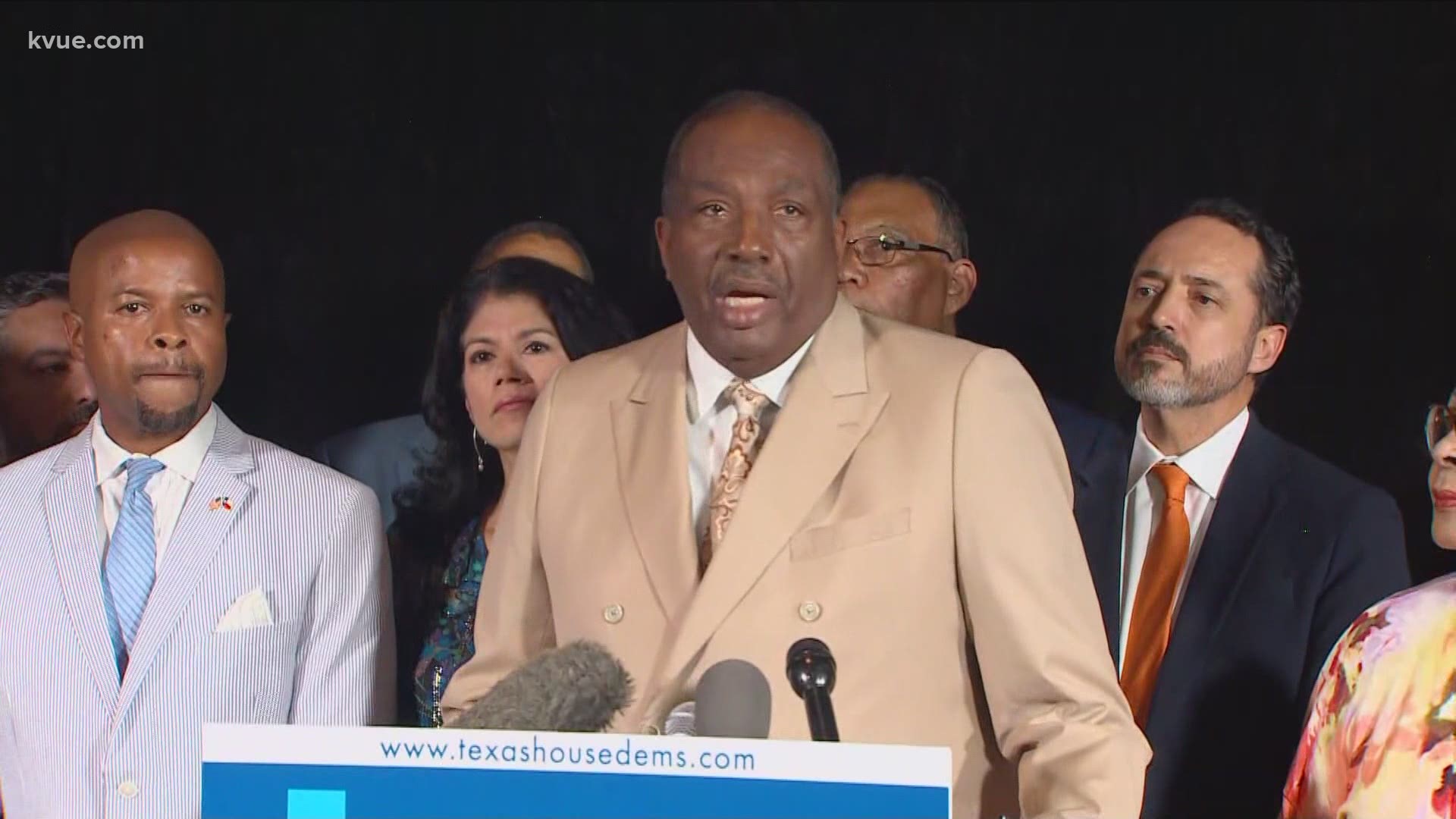 AUSTIN, Texas — Texas Republicans are moving along with plans to push more legislation through the special session.

Just one day after Texas House Democrats fled the state to stall what they call "anti-voter" bills, the Texas Senate passed one of the voting bills, Senate Bill 1, on Tuesday evening by an 18-4 vote.

As of Wednesday, eight Senate Democrats announced Tuesday they had also fled to the nation’s capital – a ninth was expected to arrive that evening – on the same day their chamber was set to vote on the elections bill, according to The Texas Tribune. But the Senate kept a quorum with 22 of its 31 members present and was able to vote on the bill.

The Senate also unanimously passed Senate Bill 7, or the "13th Check." The bill gives retired teachers, counselors and school staff in the Teacher Retirement System of Texas (TRST) who retired on or before Dec. 31, 2020, an additional, one-time retirement check.

After taking up the voting bill, the Senate also passed the GOP priority bail bills Tuesday with virtually no resistance as most Democrats remained absent.

According to the Tribune, Senate Bill 6, similar to failed legislation from the regular legislative session, would keep more people who have been accused but not convicted of violent or sexual crimes in jail unless they had enough cash. It would also restrict charitable bail groups’ ability to pay to get people out of jail.

Republicans say the push to keep more defendants considered dangerous behind bars before their criminal case is resolved is due to rising crime rates and numerous violent crimes allegedly committed by people who had been released from jail on bond, according to the Tribune.

Many Democrats and civil rights advocates have slammed the bill for relying too heavily on a cash bail system, arguing it would lead to the mass detention of poor people, primarily of color.

The Senate continued moving through the governor's special session agenda and passed SB8 and SB12, both related to property tax. No further action can be taken on any of these bills passed by the Texas Senate until a quorum is restored in the House.

Senate Bill 2 and Senate Bill 32, which would only allow student athletes to play on sports teams that correspond with the sex listed on their birth certificate at or near their time of birth, also passed.

"When Senate Bill 29 was killed in the Texas House at the end of the 87th Regular Legislative Session, I asked Gov. Greg Abbott to include fair sports for women and girls on the special session call because this issue is crucial for the survival of women's sports. Women have been fighting for equality in sports for decades with tremendous success. We can’t stop that progress.

“It is simply not fair to allow boys to compete in girls' sports. In Texas schools, the athletic statistics show the reality of sports competition — boys run faster, they throw farther, they jump higher. To pretend they don’t denies women and girl athletes the right to compete on a level playing field and be the best in their sport. It also pushes them out of athletic scholarships.

“Final passage of this bill into law will require the House Democrats who have fled the state to return to the House for a quorum. If they do not, this bill will die, but the Senate will pass Senate Bill 2 over and over again until the House finally has a quorum.

"I commend Sen. Perry for his courage and leadership on this important issue."

If the House Democrats who are currently in Washington advocating for Federal voting rights protections do not return the special session ends, these Senate bills will die without becoming laws.