The day after lawmakers fled to stall the legislation, the bill made progress in the Texas Senate. 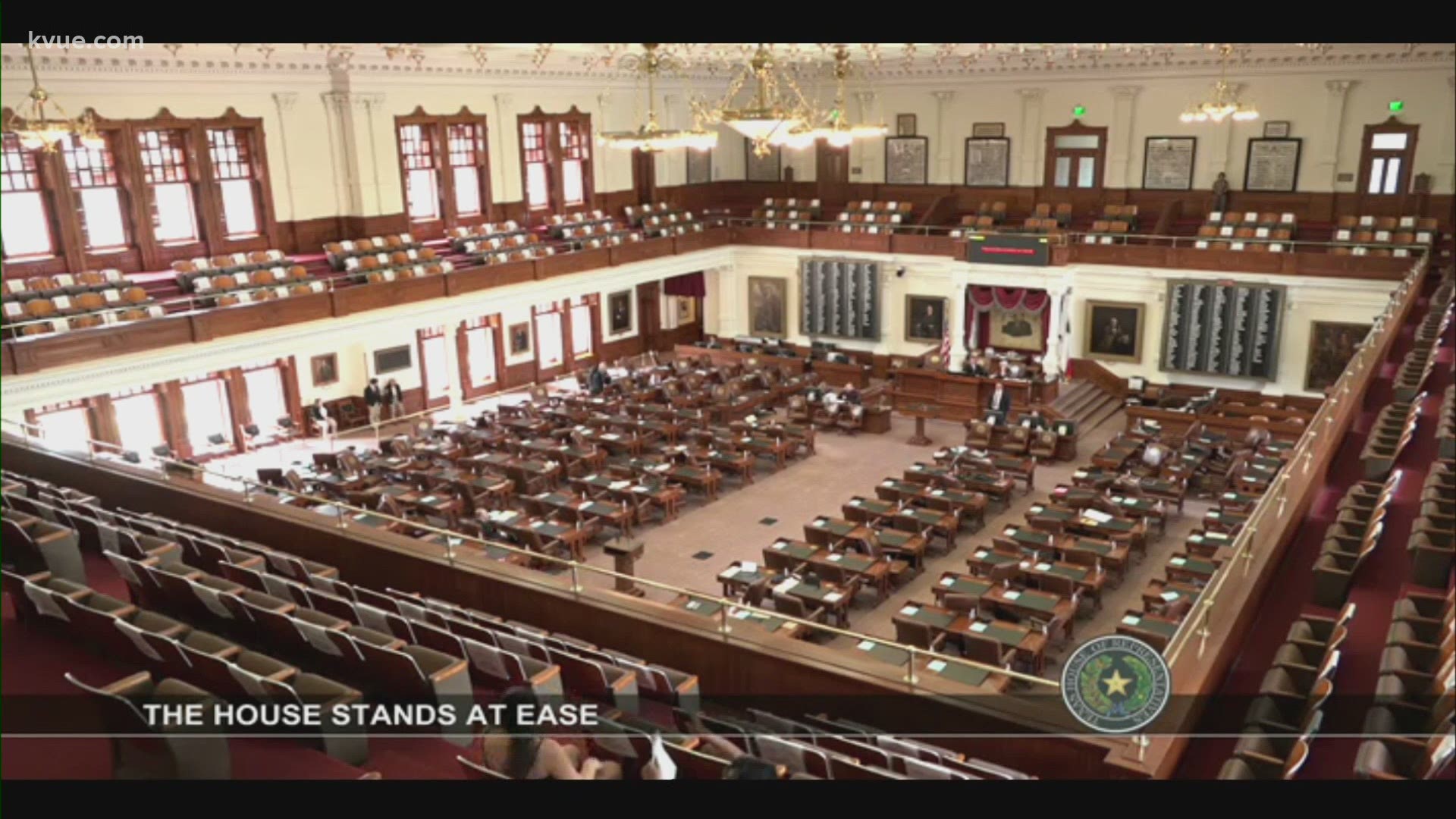 AUSTIN, Texas — The day after democratic lawmakers fled to stall the election reform legislation, the Texas Senate was set to vote on its version of the bill. Senate Bill 1 passed Tuesday evening by an 18-4 vote. It now heads to a troubled Texas House of Representatives.

Democrats in the House fled to Washington, D.C., on Monday in an attempt to halt GOP-backed election reform legislation, House Bill 3.

On Tuesday, one day after the House Democrats left, breaking quorum, the Texas Senate was set to vote on SB1. Like HB 3, SB 1 would amend the state's election code to clamp down voting-by-mail rules and limit initiatives Harris County took in 2020 to widen access to voting.

Republicans in the Senate are also introducing new proposals to include a monthly review of Texas' voter rolls in order to identify any possible non-citizens, according to The Texas Tribune.

Both bills would increase protections for partisan poll watchers and add new ID requirements for voting by mail that were added to the regular session's Senate Bill 7.

If passed, partisan poll watchers will be granted "free movement" at polling places, except for at a voting station when a voter is filling out their ballot. It would also be a criminal offense to obstruct a poll watcher's view or distance them in a way that would make observation impossible.

Voters would be required to provide their driver's license number or the last four digits of their social security number on applications for voting by mail ballots.

Both SB 1 and HB 3 would outlaw drive-thru voting and require voting to happen inside a building. They also would ban 24-hour voting and ban the distribution of unsolicited mail-in ballot applications.

On July 13, the Texas House voted to send for the more than 50 Democrats, arresting them if necessary.

If the Texas House reaches quorum and HB 3 passes, it would require judges to inform someone if a conviction prohibits them from voting.

"I am very proud that the Texas Senate passed Senate Bill 1 today. SB 1 is about ensuring that every Texan trusts the outcome of every election in Texas. It increases transparency and ensures the voting rules are the same in every county across the state. It will require that signatures on mail-in ballots are verified so we know that ballots cast by mail belong to the people they say they belong to.

“Texas has more early voting hours than many states and SB 1 expands early voting hours. SB 1 also prohibits any election machine or counting machine from being connected to the internet, making hacking impossible and it will allow Texans to watch votes being counted on election night as larger counties will be required to livestream the voting tabulation process.

“Both public and private polling indicates that the majority of Texans support the provisions included in SB 1, and yet, House Democrats were so intent on using this bill for political gain that they left the state to avoid voting on it. They are in Washington, D.C., repeating misinformation and lies about SB 1. Instead of doing their jobs, they are pushing Congress to pass a federal election bill Texans don’t want. According to a Texas Association of Business poll conducted in April, 65% of Texans ‘do not believe election law should be federalized and do not want U.S. Congress to dictate Texas election law.’

“The opposing party made the same false argument of voter suppression against legislation requiring a photo voter ID to vote, but turnout increased substantially after that legislation passed. Voter turnout in Texas skyrocketed from 7,993,851 in 2012 to 11,144,040 in 2020 – a 40% increase. Gubernatorial election turnout in Texas increased by 76%. In 2012, about 58.6% of registered Texans voted and in 2020, 66.7% voted. Importantly, 85% of all Texans, including Democrats and Independents, support photo voter ID.

“I am proud that the Texas Senate passed SB 1 today — just as we passed Senate Bill 7 in the regular session. Final passage of this bill into law will require the House Democrats who have fled the state to avoid voting on this bill to return to the Texas House for a quorum. If they do not, this bill will die, but the Senate will continue to pass SB 1 over and over again until the House finally has a quorum. I congratulate Sen. Hughes for his leadership and hard work on SB 1.”

One dead in northwest Austin shooting; two others injured