The City of Austin received millions in federal grant money last year to address homelessness. The KVUE Defenders show you where the City said that money went. 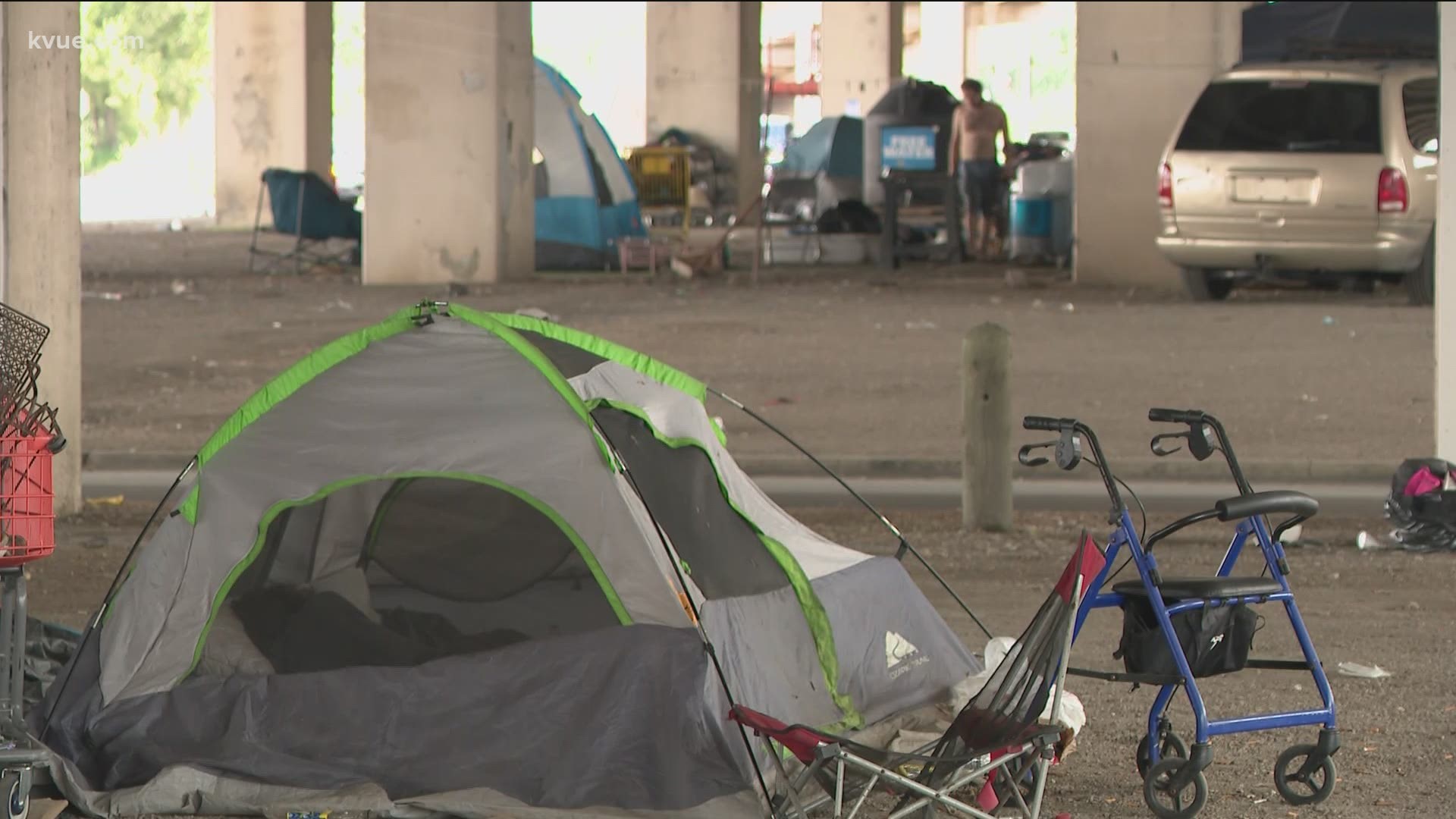 AUSTIN, Texas — Time takes its toll even in a boomtown like Austin. We have a growing population with loads of opportunity, but at the same time, a growing homeless population living on the streets, while taxpayers await a solution.

The KVUE Defenders pushed to get access to the information, but the City denied our request and asked the attorney general for a ruling on what information it must release.

Here’s what we learned.

In Austin, a big chunk of that – $18 million – was earmarked for the homeless.

When KVUE asked where that money had been spent, the KVUE Defenders learned the answer is not that simple. In fact, a law that passed after Hurricane Harvey allows government agencies to keep some information private.

“It shields some information when government money is distributed for disaster relief,” said Kelley Shannon, Freedom of Information Foundation of Texas.

So, for example, one federal emergency services grant totaled $2.4 million. More than half, according to City records ($1.6 million), was spent on 13 clients as part of the Downtown Austin Community Court, which tries to help the homeless stay out of the criminal justice system and off the streets.

The rest went for medical services and to create a database for homeless people. Information about the individuals receiving the aid was not released, but neither was the name of the company that received $12,800 to create the database for the homeless.

A little more than $1 million ($1,041,851) was set aside to help people experiencing homelessness and impacted by COVID-19. That money went to pay the leases for five hotels that were used as pro-lodges, which according to the City, helped provide temporary shelter to 615 people.

Another $1 million went to emergency rental assistance that money ended up helping 147 people. The City goal was to help 143 people over 12 months. That goal was surpassed within seven months.

“The answer for all of us has to be housing. We end homelessness with housing. And that has to be our core focus,” said Kathie Tovo, city council member for District 9.

So what about long-term housing solutions? Many people look at the success of Community First!, which is taking people off the streets by having them work to pay for more permanent housing.

It's a program that has been so successful, it's adding 1,400 more homes.

“We need to work quicker to embrace things like Community First! and expand them and embrace things like purchasing some of these hotels to house people to have places where we can put more tiny homes. We have to do all of those things, which means Community First! and all of the other models that have successfully housed people,” said Greg Casar, city council member for District 4.

The City is investing in more permanent housing, setting aside $2.5 million for a multi-family rental development. The City expects to execute this loan with a Missouri developer sometime this month. No information yet as to how many people it will serve.

Credit: John Gusky
Homeless seek shelter under a bridge in Austin. Surrounding them are the materials they use to make their own "home" on the streets.

The biggest chunk of money, $10.8 million, is just now starting to be laid out. KVUE was told this money will pay for an overnight shelter, rental assistance (short-term and for transitional facilities) and supportive services. Again, no word on how many people that could help.

“A lot of that money is being invested in creating permanent, supportive housing that is going to open up in the coming months and years. So, just like when you build a house, if you're building a brand new house, you don't live in it when the construction crews are all over it," said Casar.

The reality is the $18 million Austin received last year in grants didn't make much of a dent in Austin homelessness.

“Certainly, I understand their frustration, especially in my district,” said Tovo.

“That plan is to house 3,000 people ... hundreds of them getting houses this year and 3,000 people over the course of the next three years. And that would be drastic,” said Casar.

Councilmembers just voted to give a little more than $100 million toward that effort, but say they are still $293 million short.

“The City of Austin has allocated significant funding and an increased amount of funding year after year and toward this effort. But we really need the private sector, those other public partners, to come forward and match or increase that investment so that we can get to the place that we need to in this city,” said Tovo.

Only time will tell whether spending more money will solve the issues we see all around us.

KVUE reached out to every city council member, the mayor, the city manager and the homeless strategy officer. KVUE tried for weeks to coordinate an interview with Mayor Steve Adler, who agreed to an interview, then canceled, then agreed to interview last week, then canceled again and sent us this statement:

"The City, County, and philanthropists are investing substantial dollars and helping and housing thousands of people. These numbers are known. We’re also always trying to learn more about our past and current investments to better inform our future work. Council has requested yet another such report and which we will receive during our upcoming budget process."