The bill now moves to the House for approval. This cannot happen if they do not return to the Texas Capitol. 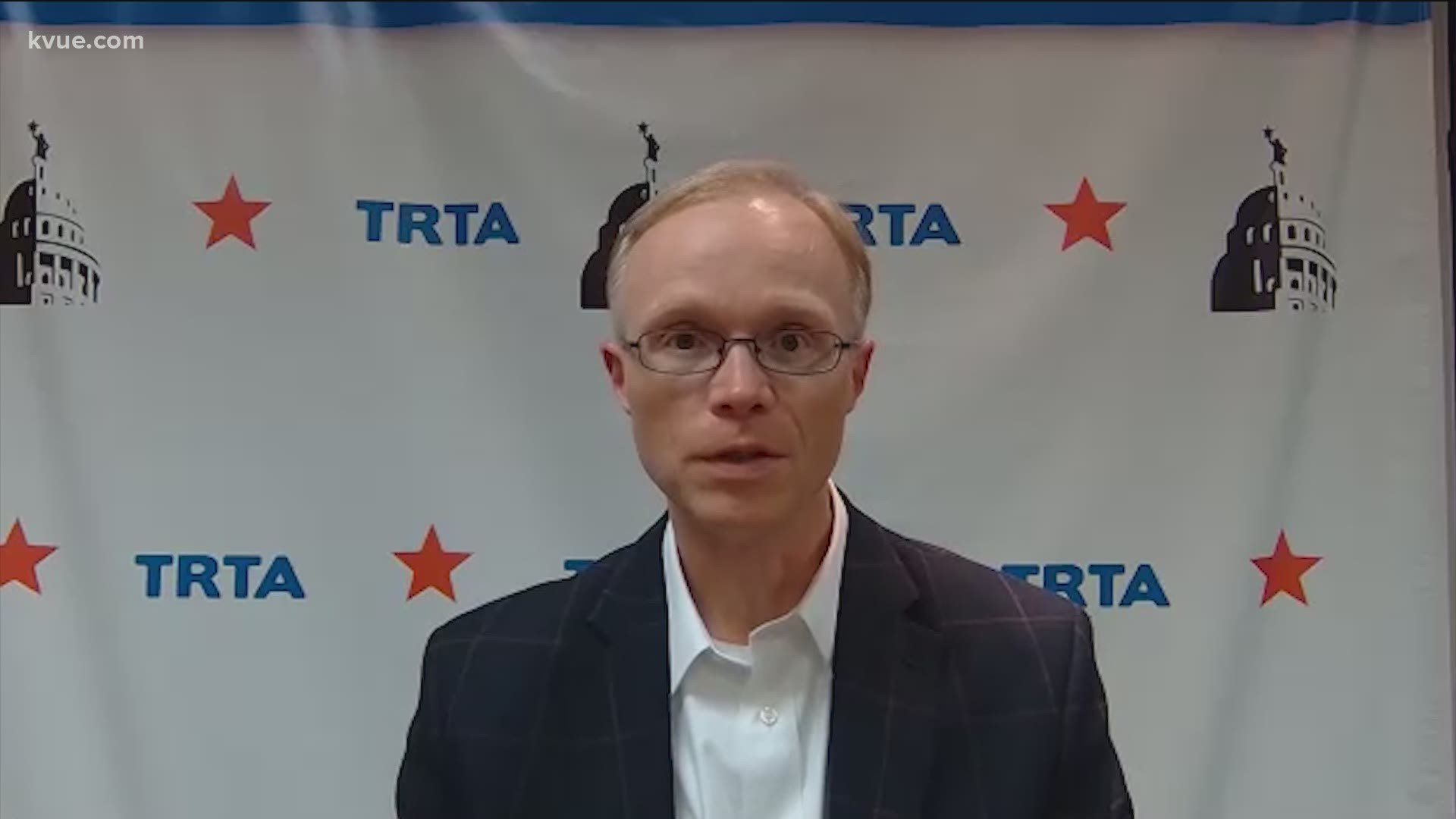 TEXAS, USA — While voting legislation is dominating the conversation at the Texas State Capitol, on Tuesday, the Senate unanimously passed Senate Bill 7, or the "13th Check."

The bill gives retired teachers, counselors and school staff in the Teacher Retirement System of Texas (TRST) who retired on or before Dec. 31, 2020, an additional, one-time retirement check.

The amount is based on their annuity and will be no more than $2,400.

"It's great news – 130,000 teacher retirees in Texas make a $1,000 a month or less, and so our objective is to work every legislative session to put some extra money in those retired teachers' pockets," said Tim Lee, executive director, Texas Retired Teachers Association (TRTA).

The Teacher Retirement System of Texas (TRS) is the largest public retirement system in Texas, serving more than 1.6 million people. One out of every 20 Texans relies on TRS for retirement, disability and survivor benefits.

Lawmakers have long said they want to support teachers, but during the regular session, they did not have the money due to a budget deficit caused by the pandemic.

However, a surplus of money was found in the General Revenue Fund, and under SB7, the State will use that fund to pay for the 13th checks, totaling approximately $701 million.

Lt. Gov. Dan Patrick issued this statement following Tuesday's unanimous passage of SB 7, stating: "Other than a parent, no person is more important to the development of a child than a teacher. Providing a 13th check for our retired teachers is yet another way we can honor their commitment to our children and to the future of Texas."

Texas lawmakers passed a similar bill for a one-time check during the 2019 legislative session.

However, the bill has not crossed all the hurdles. It now heads to the House for a vote. That cannot happen unless House Democrats return to the State Capitol to continue the special session.

“Final passage of this bill into law will require the House Democrats who have fled the state to return to the House for a quorum. If they do not, this bill will die, but the Senate will pass SB 7 over and over until the House finally has a quorum," Patrick said.

Meanwhile, whether it is a regular or special session, Lee said there are always circumstances outside their control that will cause a bill or issue to slow down or get killed.

No matter the outcome, Lee said he and other advocates for retired teachers will not give up.

"We never give up. Retired teachers are dedicated public servants who learn how to fight through difficult classroom situations. They persevere. They just know how to get things done," Lee said.

If this bill passes, retired educators will get a one-time check no later than January 2021.