The Rockett family got the perfect Christmas gift this year – a new son. 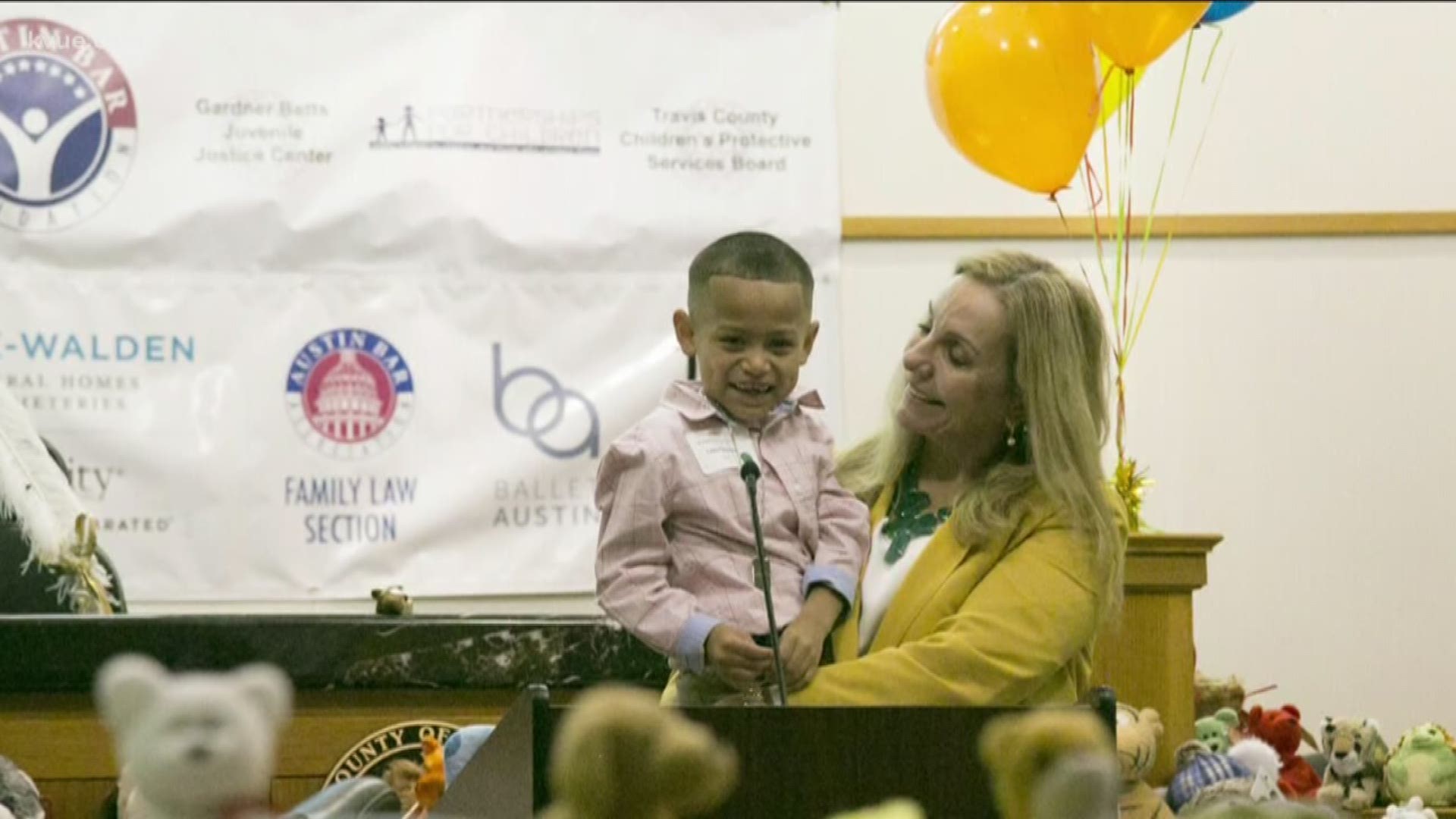 For the Rockett family of Williamson County, Christmas miracles really do come true.

Their wish this year? To give a special baby in foster care his forever home.

And, just two days before Christmas, they got exactly what they asked for.

This special baby boy has been living with Mary and Michael Rockett, along with their 8-year-old son, Cruz, since he was just four days old. But now, he's their son too.

“This is absolutely the greatest gift. We are finally going to get to finalize becoming a family,” said Michael Rockett, a Georgetown native. “And with it being so close to Christmas time, it’s such an amazing gift. Our family has been truly blessed.”

The Rocketts began fostering the infant when they first got the call in June, quickly welcoming the baby into their home.

In Texas, a child who is three years old or younger is required to be fostered at least six months before adoption eligibility, unless through private adoption. So, when the possibility of adopting the baby opened up just before Christmas, just a few days shy of the six-month mark, the Rocketts immediately said yes to adoption.

“It’s something we’d always hoped for,” said Mary Rockett. “We’ve always wanted to foster with the hope of adoption, but now that it’s happening, and just before Christmas, we still can’t believe it.”

“The Christmas season is about a baby – a miracle baby,” added 425th Judicial District Court Judge Betsy Lambeth, who approved the early adoption and will perform the adoption ceremony. “And we have our own miracle baby in Williamson County.”

“We have such giving and compassionate people here in Williamson County, and this family is giving the ultimate gift this Christmas season by becoming parents to a child in need," he said. "That is what Christmas is all about.”

The Rocketts have decided to name the baby Ruger Rex Rockett, after Michael's father.

They hope their story spreads a message of encouragement to all those who are thinking of foster, to take the next step to do the research about becoming foster parents.

“Fostering to adopt is a long road with a lot of commitment but it is totally worth it,” said Mary.