The first case of measles in Travis County since 1999 was confirmed on Dec. 22. 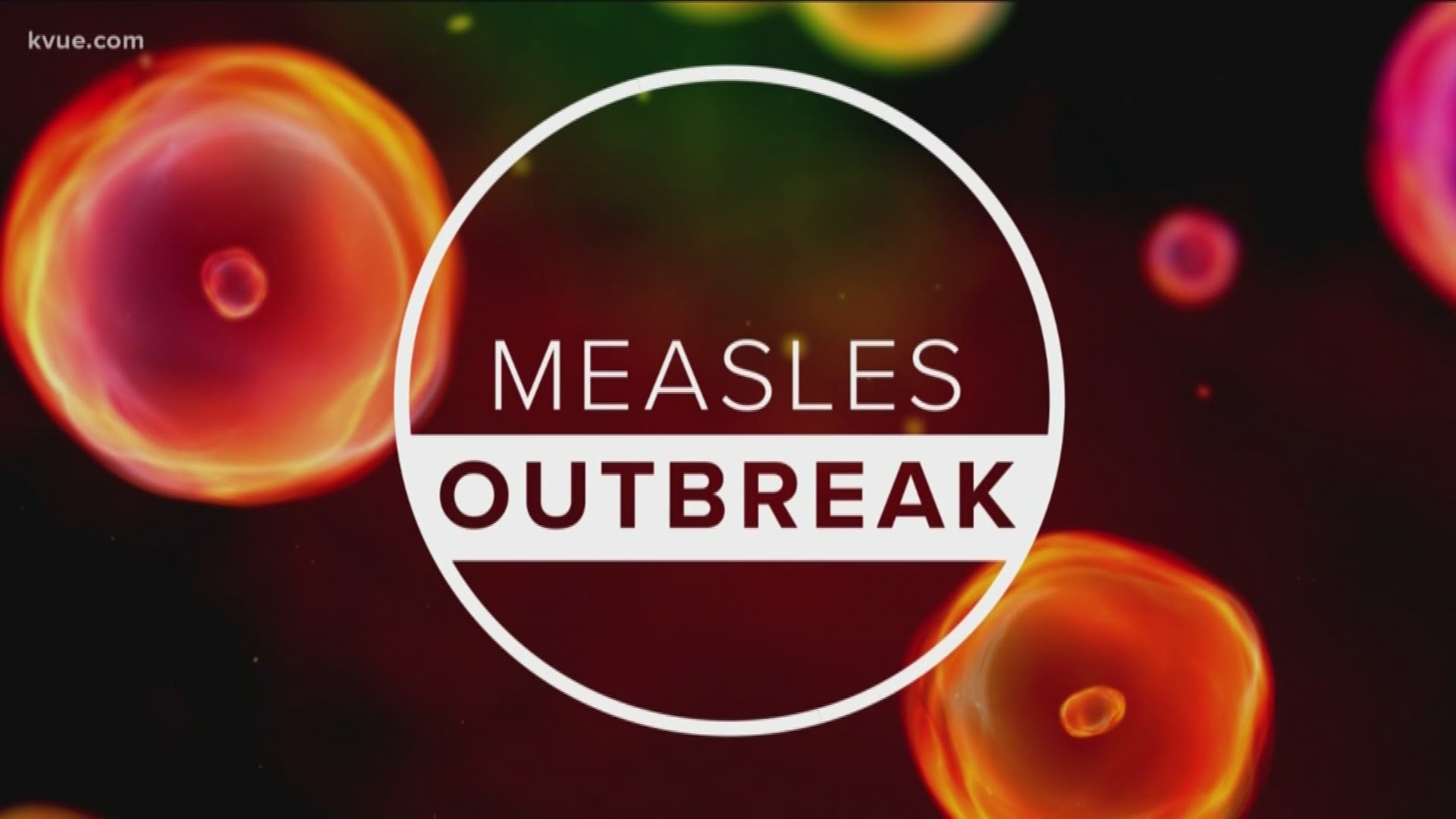 AUSTIN, Texas — Weeks after a case of measles was confirmed in Travis County, Austin Public Health said Wednesday that there have been no additional measles cases as a result of the initial exposure.

The first case of measles in Travis County since 1999 was confirmed on Dec. 22.

APH was working with health departments in Central Texas to notify people who were at specific locations during specified time frames, particularly those who were on the same flights as the infected person.

"We have a whole series of physicians who have never seen a case of measles since our last case was 20 years ago. So we're doing some reeducation for our doctors to make sure they're aware," said Dr. Mark Escott with Austin Public Health, Interim Health Authority. "It's critical that folks despite the anti-vaccine movement pay attention to the medical science and get their vaccinations."

Local, state and federal health officials will inform anyone who may have been exposed through closer contact, APH said.

Disneyland visitor had measles, may have exposed others

Dates and locations for potential exposure sites associated with the confirmed case of measles could change.

"They were a potential concern during the period of time that this individual was there, as well as up to two hours after. But after, that there is no risk," said Dr. Escott. "Particularly for those people who are un-vaccinated, they should be concerned about that association and contact their healthcare provider."

Anyone who was at the locations around the specified time frames should contact their health provider. APH stressed that if you are concerned you may have been infected, you should call your health provider before leaving your residence.

WATCH: First case of measles in Travis County since 1999 confirmed

Measles can be spread through the air when an infected person coughs or sneezes.

Around one in four people with measles will be hospitalized.

"Measles is an acute, highly contagious viral disease. A small number of cases are capable of quickly producing epidemics," said Dr. Escott. "The best way to protect yourself and your family against measles and other vaccine-preventable diseases is by immunization."

"It's not too late to get vaccinated," APH said at the press conference.

APH said the symptoms of measles start with a fever, cough, sore throat and runny nose. On day four of the infection, APH said a rash starts on the face and spreads down the body. Small, blue-white spots appear on the cheeks inside the mouth. You can find out more about the symptoms online.

Officials said anyone who believes they may be infected with the measles, or any other serious illness, should stay at home, take Tylenol and keep their fluids up until the illness is fought off.

Children, elderly people or those with a compromised immune system are more at risk of developing complications from measles.

Compared to other communities, Austin has a much larger population of un-vaccinated children, according to APH. In Austin Independent School District, 2.4% of children are un-vaccinated. But there are pockets in the Austin area where only 50% to 60% are vaccinated, APH said.

KVUE previously reported Austin is one of 14 anti-vaccine hot spots in the country.

APH said when the measles-infected person returns to Austin, officials will get with them to gather more information.

APH will keep austintexas.gov updated with developments regarding this measles case.