The controversy stems over a project to bring more water to rapidly-growing Dripping Springs. 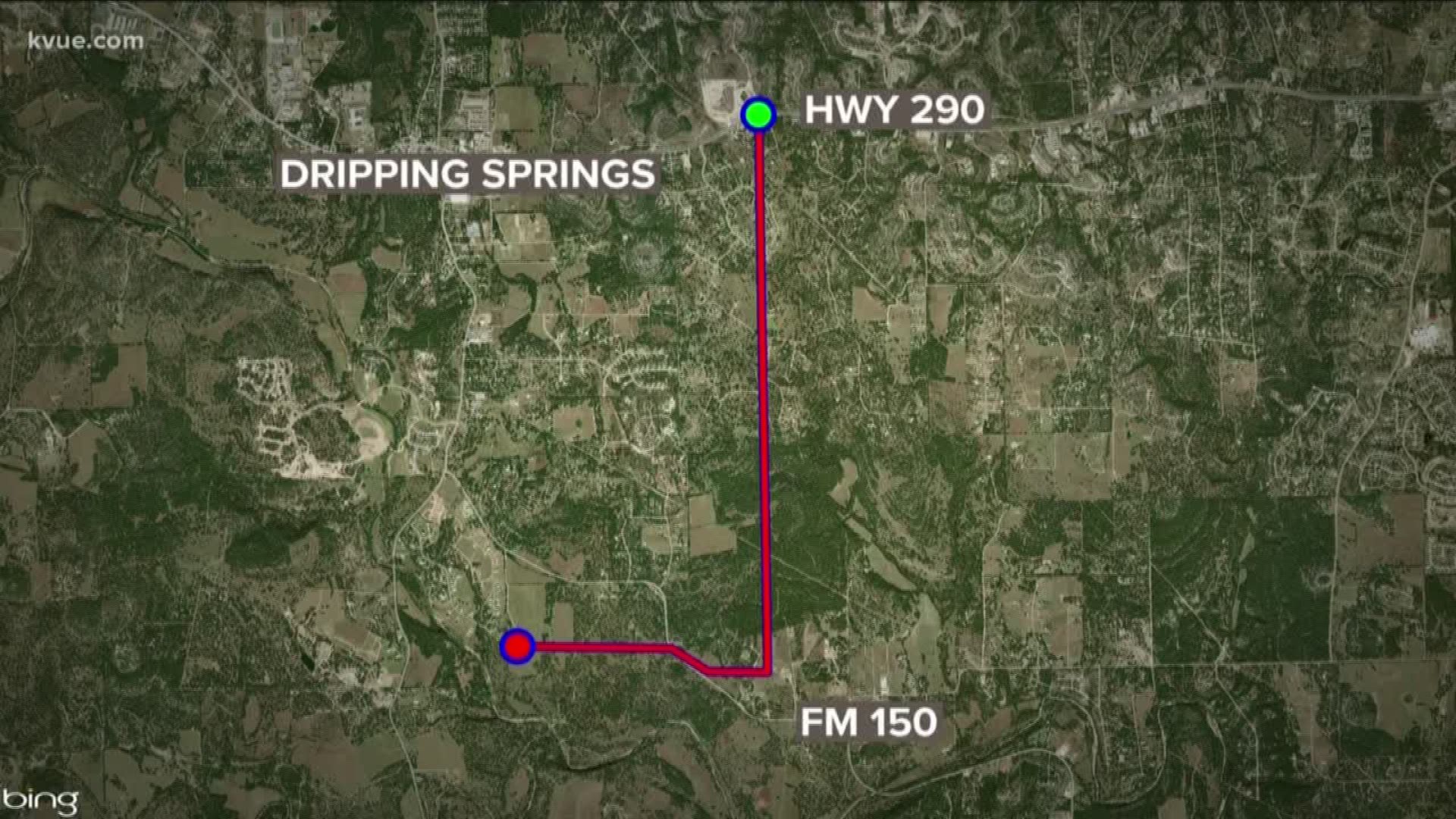 DRIPPING SPRINGS, Texas — You could call it growing pains.

Frustration has steadily increased among some home and landowners just outside Dripping Springs over the City’s plans for a new wastewater line.

The proposed line of the South Regional Water Reclamation Expansion project will bring in more water to the Dripping Springs area and allow for future development.

However, the line will run through more than a dozen private properties, and several of the homeowners are speaking up about their frustrations.

"It's their family legacy,” Arvidson explained.

Arvidson said she knows several of the homeowners directly impacted by the proposed line and they claim they were not notified by the City.

"Nobody had any idea that this was taking place,” Arvidson said.

They sent letters requesting access to the land to survey for the wastewater line. Faught said the project is necessary for future development.

"Change is coming, people are moving here and we have to adequately plan for that. That's what this expansion project is doing,” Faught said.

The line will connect with the existing reclaimed water facility on FM 150 near Dripping Springs. Construction on the line is expected to begin in nine months.

Marble Falls recycles treated wastewater instead of dumping into river

While they understand the need for water, Arvidson said it’s the way the City is handling the project that is causing homeowners to speak up.

"The neighbors in here are not against development or a wastewater line for future development. The problem is irresponsible development and lack of notification and who it impacts,” Arvidson said.

She said they also worry about future problems with the wastewater line, such as a break or leak. There is a creek and aquifer that provides water to more than 80 nearby homes, according to Arvidson.

"If those lines break, this is raw sewage … and you're not going to know until it's a problem,” Arvidson said.

The council met most recently this week in executive session to discuss the project.

Faught said  it’s been in the works for seven years, and they have received a permit from the Texas Commission on Environmental Quality (TCEQ).