Samantha Dean and her unborn child were found dead in Bastrop County in what has been described as a murder-for-hire plot. 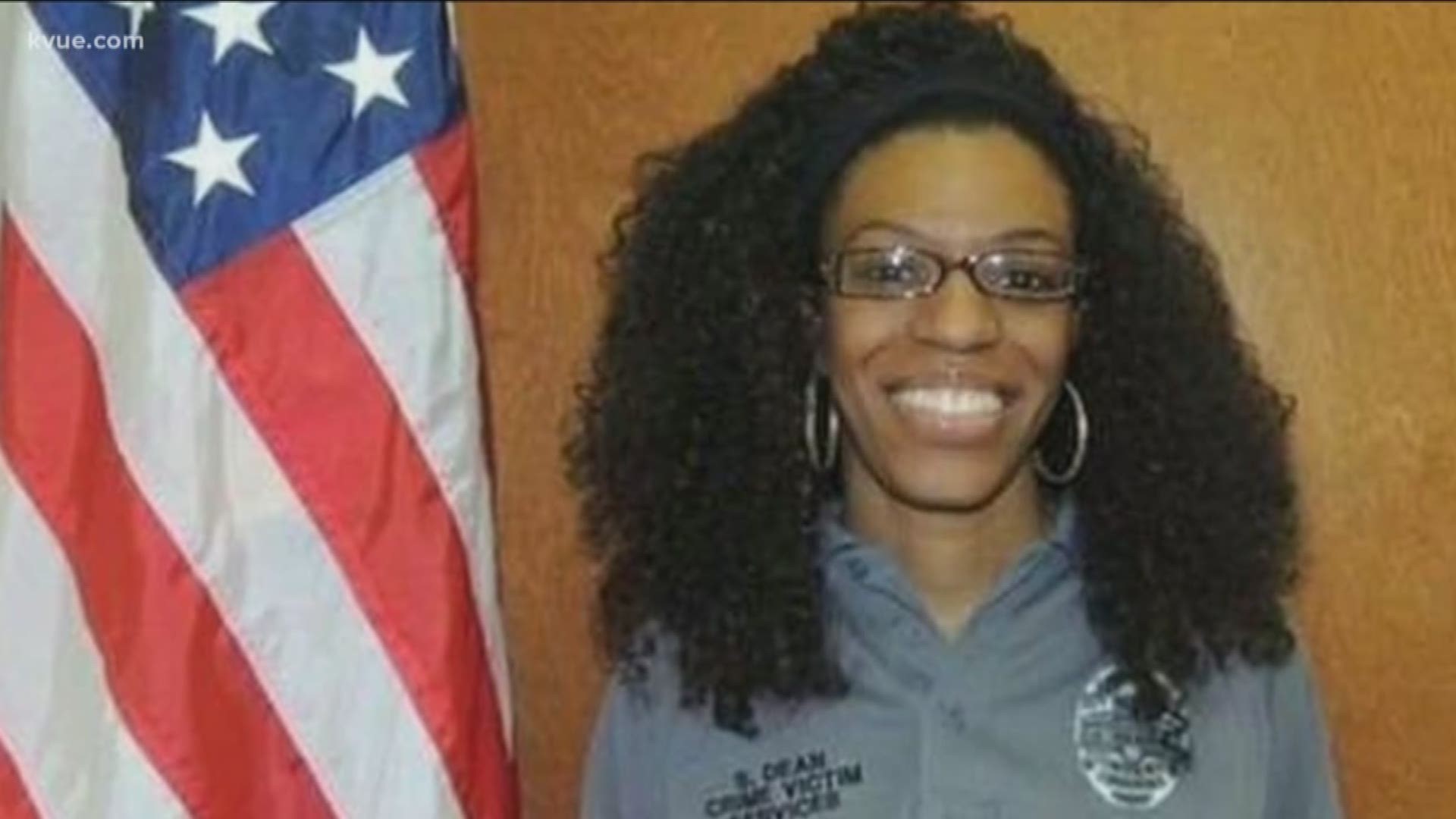 BASTROP COUNTY, Texas — A third suspect linked to the 2015 murder of Samantha Dean and her unborn baby was arrested last week in Harris County on a capital murder charge, according to a report from our news partners at the Austin American-Statesman.

The report states Freddie Lee Smith, 33, was booked in the Bastrop County Jail Tuesday after a grand jury indicted him for capital murder earlier this year. He is being held without bail.

Dean was a victim services coordinator for the Kyle Police Department. Her body was found shot in the winter of 2015 about 30 miles from her home behind a closed Bastrop business next to an abandoned car. She was about seven months pregnant at the time.

Former Austin police officer VonTrey Clark, Dean's boyfriend, was placed on leave shortly after her death. He then fled to Indonesia, where federal officials captured him and returned him to Bastrop County. He was arrested and charged with capital murder about five months after her body was found.

The Statesman report states that Smith is being charged as one of two associates in what has been called a murder-for-hire scheme in which it is believed that Clark, who was indicted for the murder in 2016, offered $5,000 to have her killed. Clark, who has a family, allegedly hired Smith and Kevin Leo Watson to kill her because she would not terminate her pregnancy.

Both Watson and Smith were reportedly connected to the case through records from burner cell phones used to coordinate the killing. Both were detained in Harris County.

According to the Statesman report, Watson pled not guilty in 2016 and amended his plea to guilty earlier this month. Clark, who faces the death penalty, has not pled guilty. His trial is set for March. Meanwhile, Smith's arraignment has not yet been set.