The victim said she confronted the man at a red light on Lamar Boulevard in Austin after he was allegedly speeding. 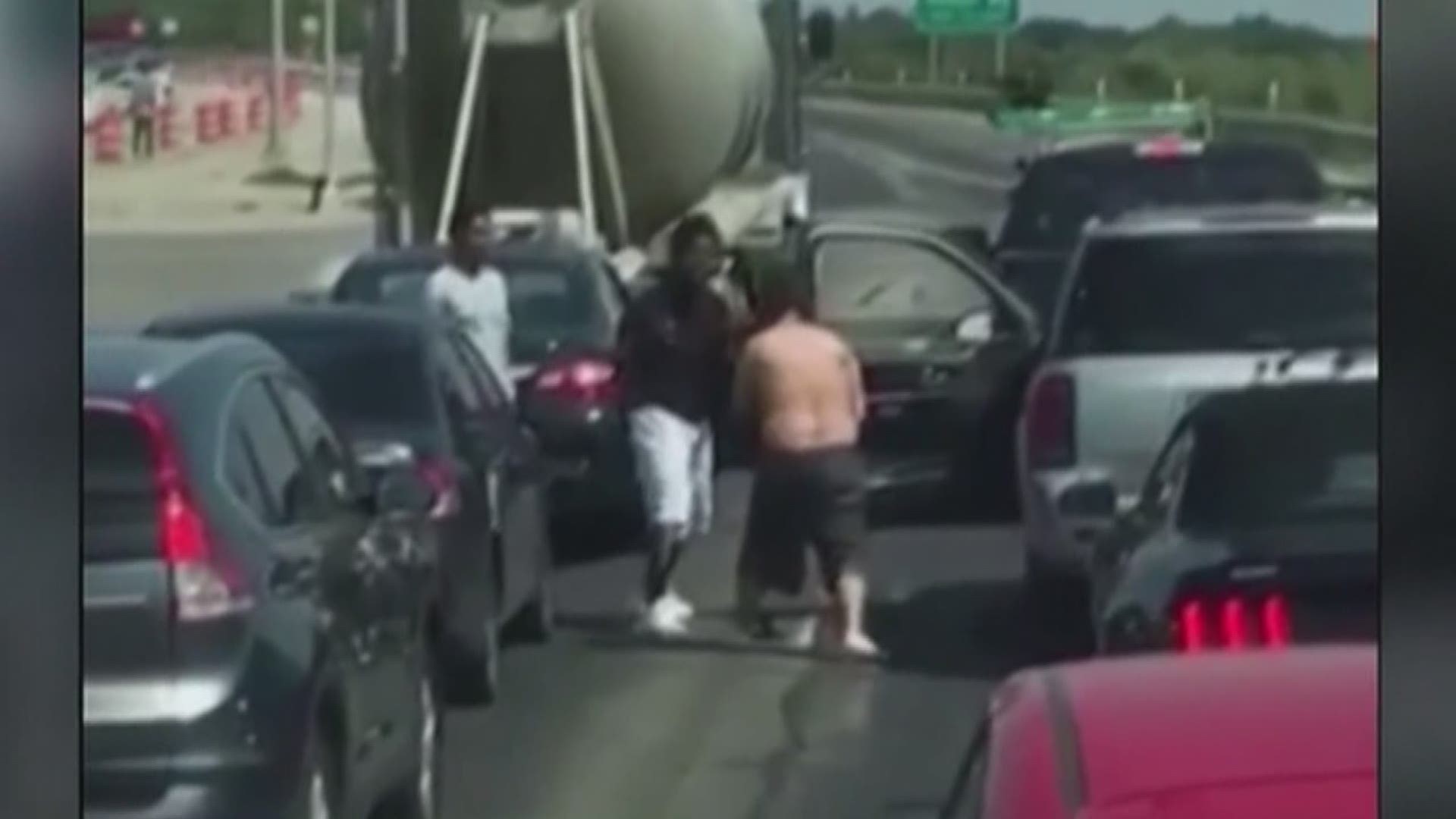 AUSTIN, Texas — A man has been arrested after a pregnant woman said he pointed a loaded gun at her in a road rage incident on Lamar Boulevard in Austin.

Court document state that, on June 8 around 2:52 a.m., the victim reported the suspect flashed his lights at her while he was traveling at a high rate of speed. When she moved out of his way on the roadway, she said he displayed his middle finger and sped past her.

Later down the road, documents state the victim and the suspect both stopped at the same red light. She then rolled down her window to ask him why he was traveling so fast, advising him that she was pregnant and this behavior put her at risk.

At this point, police said the suspect pulled out a black handgun, loaded it, chambered a round and pointed it in her direction. But, when the light turned green, he drove away. This is when the victim called police and gave a description of his car and what he was wearing.

Police later observed a vehicle matching the description turning onto Barton Skyway from Lamar Boulevard at a high rate of speed, which caused his tires to screech as he made the turn. While following the vehicle in an attempt to catch up, police said the vehicle cut off an SUV and turned into a 7-Eleven on Menchaca Road. Police then conducted a high-risk traffic stop.

When police turned on their lights, documents state the suspect exited his vehicle unprovoked and he was placed into a kneeling position. During the search, police said they found a loaded S&W M&P Shield in the glove compartment of his vehicle.

Police said the suspect, who was identified as Matthew Durant, smelled of alcohol and his eyes were shiny and reflective. Documents state he refused to answer questions and no field sobriety test was given at the time.

Durant, 35, was arrested and charged with aggravated assault, a second-degree felony.

WATCH: Austin police give advice on how to deal with road rage