Lake Pflugerville is closed to the public as officials search for a missing woman. 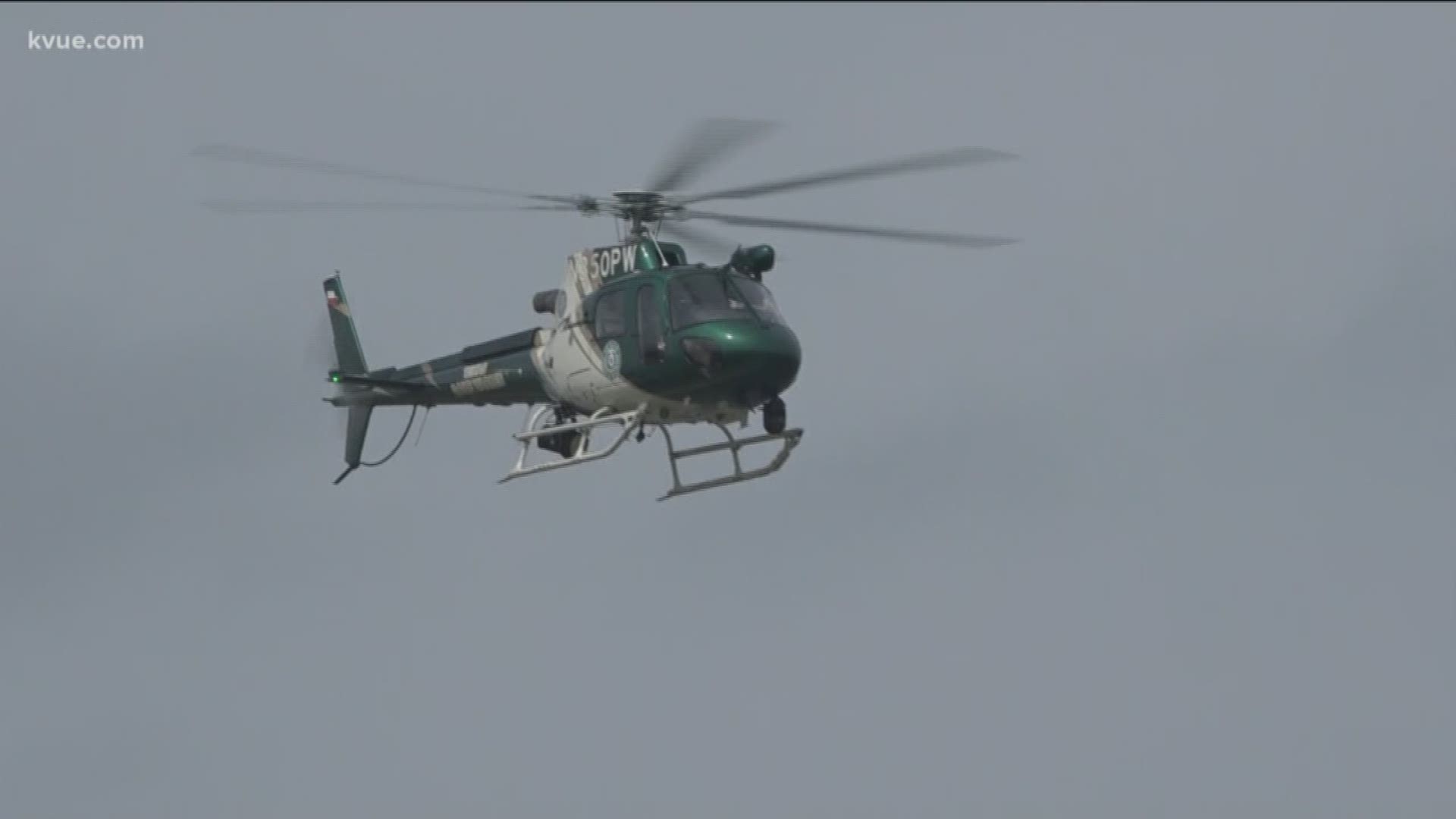 PFLUGERVILLE, Texas — The Pflugerville Police Department has suspended its search for a missing kayaker on Lake Pflugerville on Tuesday, and will resume the recovery operation on Wednesday morning.

On Sunday evening, a woman in her 20s was reported missing on the water after a storm swept through the area and pushed her into deeper water.

Search-and-rescue crews attempted to locate the woman, but they did not find her or her kayak Sunday night. The search switched from rescue to recovery.

It continued Monday morning with help from several agencies, including Texas Game Wardens and the Travis County Sheriff's Office, which provided a helicopter and boat.

As of Tuesday evening, crews had not yet recovered the woman's body.

"Thank you to all our partner agencies that provided resources and support today, including the American Red Cross who provided food and support," City of Pflugerville Public Information Officer Maggie Holman said on Tuesday.

Tina Thieme, who lives at a lakefront property nearby, recalls the conditions in the area moments before the woman was reported missing.

"It got really windy, and people were running from the lake. We heard screaming. We thought it was just people on the lake, but apparently, someone was drowning," Thieme told KVUE.

This is the fourth drowning-related incident Thieme said she's experienced in the decade she's lived at the property.

"It's been really hard for us because it's right outside our back door. And I just can't imagine what her family is going through. It breaks my heart," she said.

A weather station near Lake Pflugerville recorded wind gusts of up to 48 miles per hour at the time the kayaker was reported missing.

Lake Pflugerville and its trail remain closed to the public at this time.