Police said the suspect reportedly struck a man with their vehicle, sending him over the hood of the car and driving off. 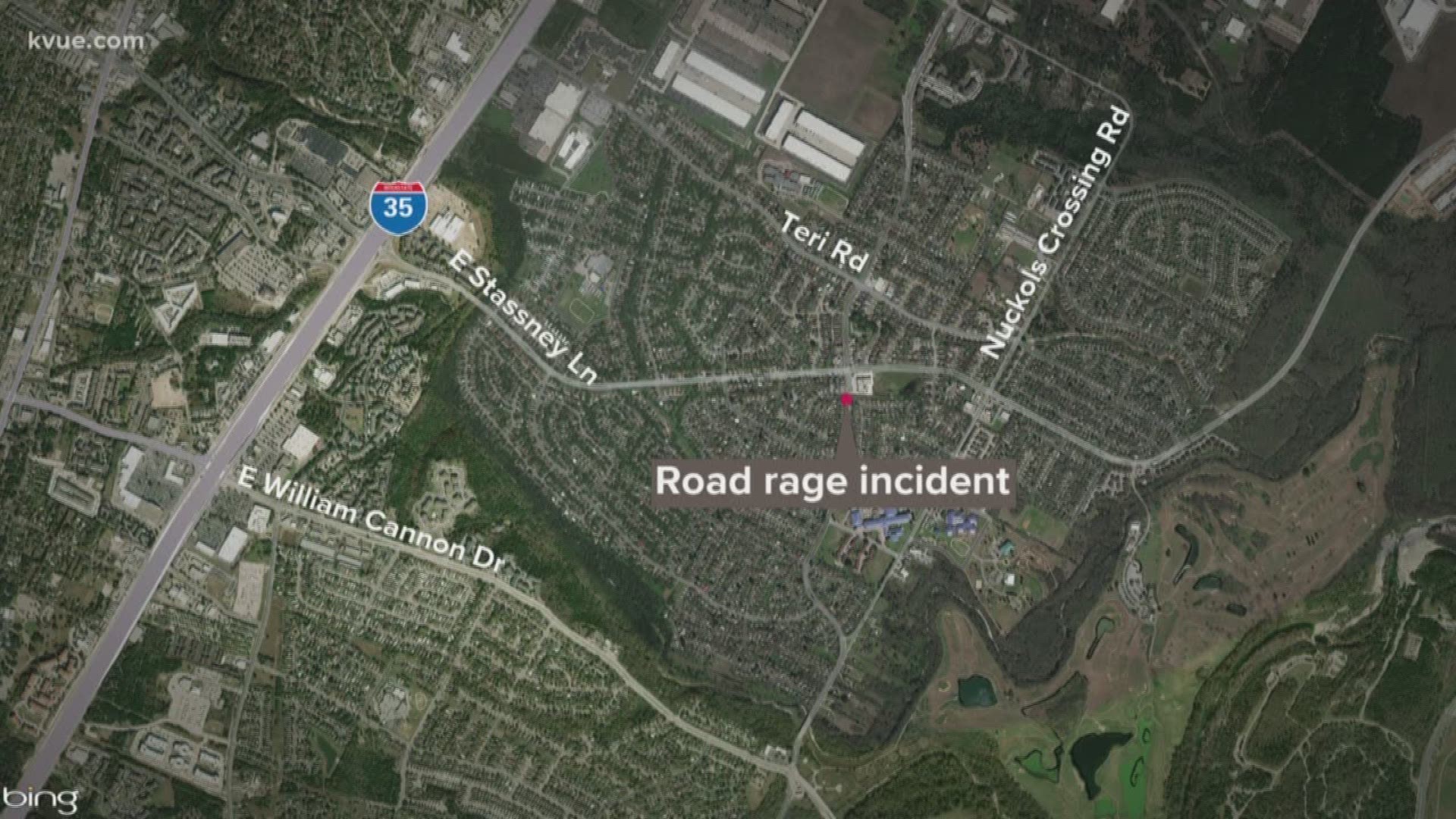 AUSTIN, Texas — The Austin Police Department has located the driver of a light brown Scion XB after they reportedly struck a man with the vehicle in an apparent road rage incident.

The driver of the Scion XB, 35-year-old James Kevin Derks, has now been arrested for aggravated assault with a deadly weapon and an accident involving death. His bond has been set at $150,000.

Police responded to the 911 call on May 4 around 2:13 a.m. reporting a man had been struck on the 5400 block of South Pleasant Valley Road. The man, identified as 33-year-old Eric Walz, was found lying unresponsive next to his vehicle. He was declared brain dead at 7:02 a.m. the next day at a local hospital.

Man shot in front of wife, kids during suspected case of road rage in Arlington

After interviewing witnesses, police believe his death was a result of road rage. Video evidence shows Walz exiting his car after colliding with Derks' car. When Walz approaches Derks' vehicle, he accelerated into Walz, launching him over the hood of the car. Derks fled the scene, leaving him on the ground.

After an investigation, police said they found Derks where he admitted to the incident, but said he was unaware the man was hurt.

KVUE obtained surveillance video from the La Moreliana on South Pleasant Valley Road. It shows Derks driving into Walz and then away from the area.

Police said they found Derks was involved in past incidents as well for reckless driving and leaving the scene of a crash within the past year, where he allegedly yelled at another person, "I'll run you over with my car."

Police said that Derks never stopped to render aid and did not call to report the incident that killed Walz. The APD will be consulting with the District Attorney's Office as the investigation continues.