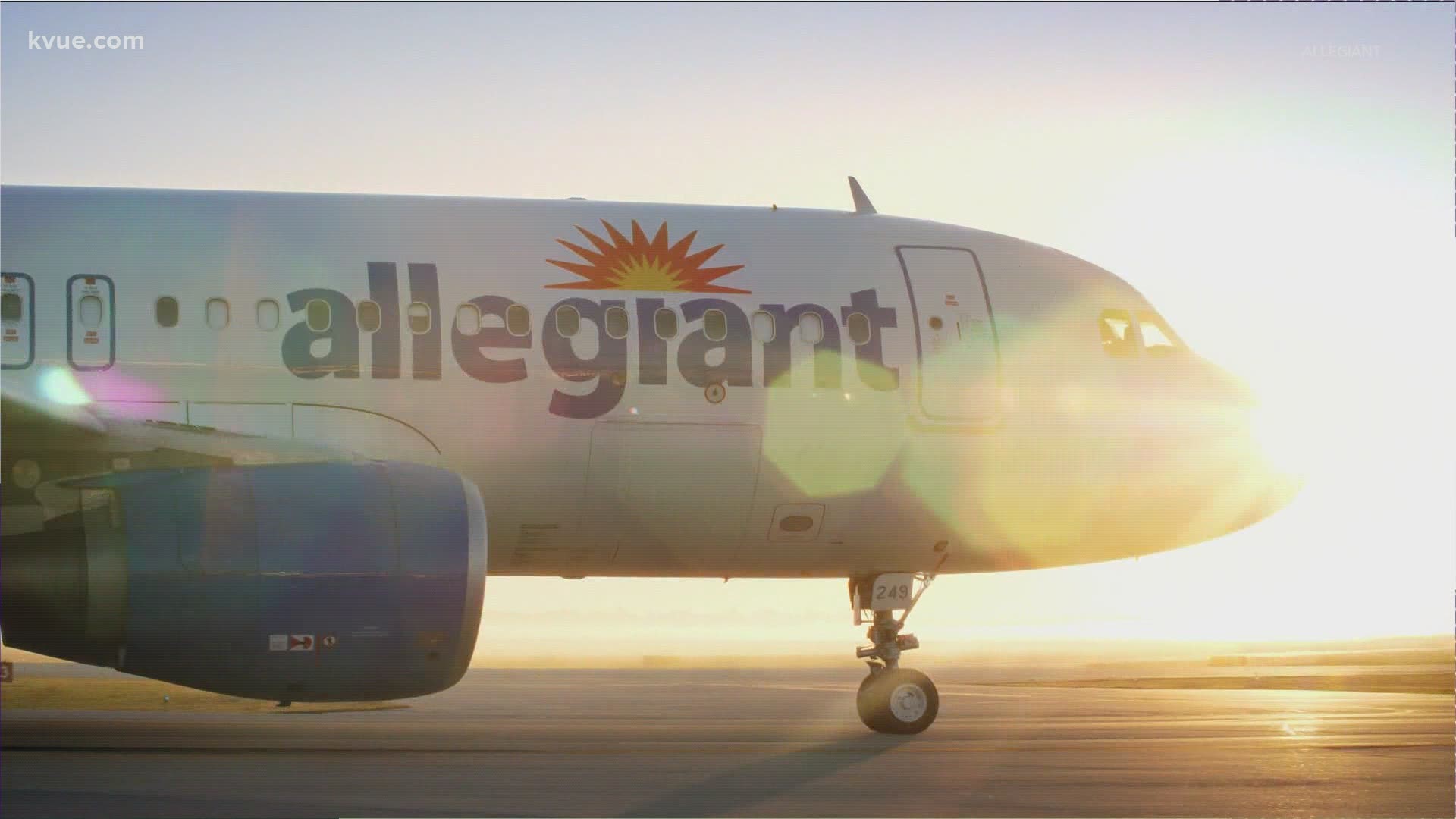 "We’re excited to add access from seven new cities to Austin, one of the most popular destinations in our network," said Drew Wells, Allegiant’s senior vice president of revenue and planning. "The addition of these routes will bring thousands of new travelers to the area while also providing several new flight options for locals. More than ever, we think vacationers will enjoy our brand of air travel: nonstop flights that take you directly to your destination – without the hassle of layovers or connections."

The new nonstop routes to AUS will operate twice weekly. The routes include:

To celebrate the new routes, Allegiant is offering one-way fares as low as $39. However, seats and dates are limited and fares are not available on all flights. Flights must be purchased by Wednesday, June 30, for travel by Feb. 14, 2022. Fare rules, routes and schedules are subject to change without notice, and optional baggage charges and additional restrictions may apply.

Flight days, times and fares can be found at Allegiant.com.

Earlier this year, Allegiant announced it will make AUS a base for aircraft and crew operations also starting on Nov. 18. The $75 million investment is expected to bring about 90 full-time jobs to the greater Austin area.

Who's applied to be Austin's next police chief? Here's a look at all the candidates