The $75 million investment means about 90 full-time jobs are expected to be coming to the greater Austin area. 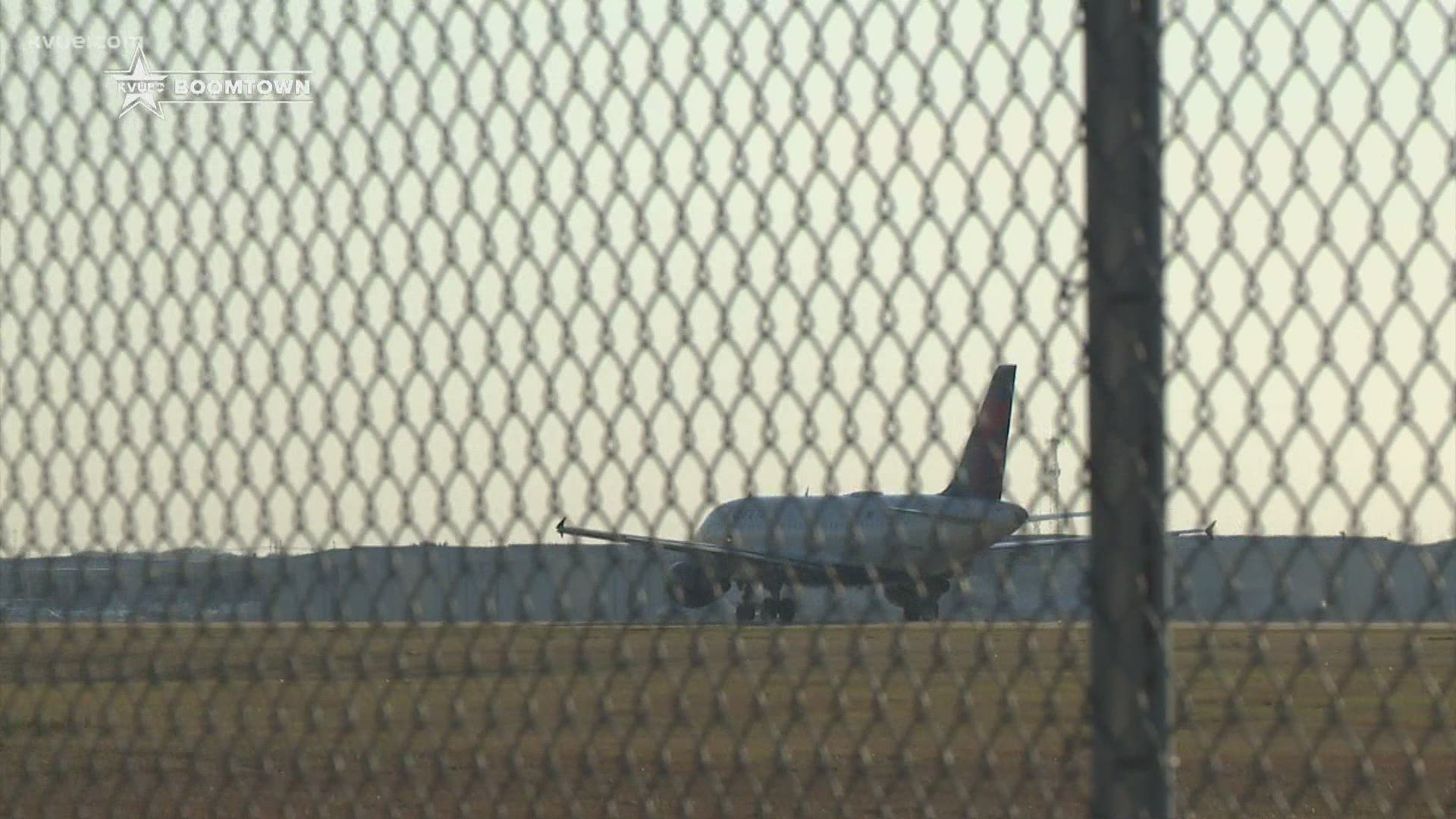 The $75 million investment means about 90 full-time jobs are expected to be coming to the greater Austin area. Three of Allegiant’s Airbus A320 aircraft will be stored at Austin’s airport for longer periods of time.

“It makes perfect sense to establish a permanent base in Austin, further establishing Allegiant as a hometown airline in a city we love and where we plan to grow. Having locally-based operations will mean opportunities for expanded hours, as well as more – and more frequent – flight offerings for visitors and local alike,” Allegiant Senior Vice President of Revenue Drew Wells said in a statement.

BREAKING: Las Vegas-based @Allegiant is making @AUStinAirport a base for aircraft & crew operations starting Nov. 18. The $75 million investment will bring approx. 90 jobs to the Austin area. It's the first air carrier to make AUS a base. ✈️ @KVUE #boomtown

The airline currently operates 14 nonstop routes from AUS. Allegiant is the first airline to make AUS a home base. The airport is considered the second-fastest-growing mid-sized airport in the U.S.

“The announcement of Allegiant’s selection of Austin as a base city is just the kind of news our community and the tourism industry needs right now,” said Austin City Councilmember Vanessa Fuentes.

Fuentes represents District 2, where the airport is located.

“The potential for added flights will bring more travelers into the area and offer Central Texans extra options when it comes to their own travel plans," Fuentes said. "The airport is an economic driver in our local economy, and I’m excited to see growth and activity in the district and beyond during such a critical time.”

The Las Vegas-based airline, which first launched at AUS in October 2013, was the ninth-busiest carrier at Austin’s airport in 2020, when air travel was down about 63% compared to 2019. Allegiant has carried more than one million flyers since launching in Austin.

The airline’s investment comes after a year of uncertainty for the airline industry, as tens of thousands of airline employees were furloughed and carriers operated fewer flights nationwide.

Boomtown 2040: The future of growth at Austin's airport