The City of Austin has been working to install traffic signals, crosswalks and more at four intersections along a stretch N. Lamar Boulevard. 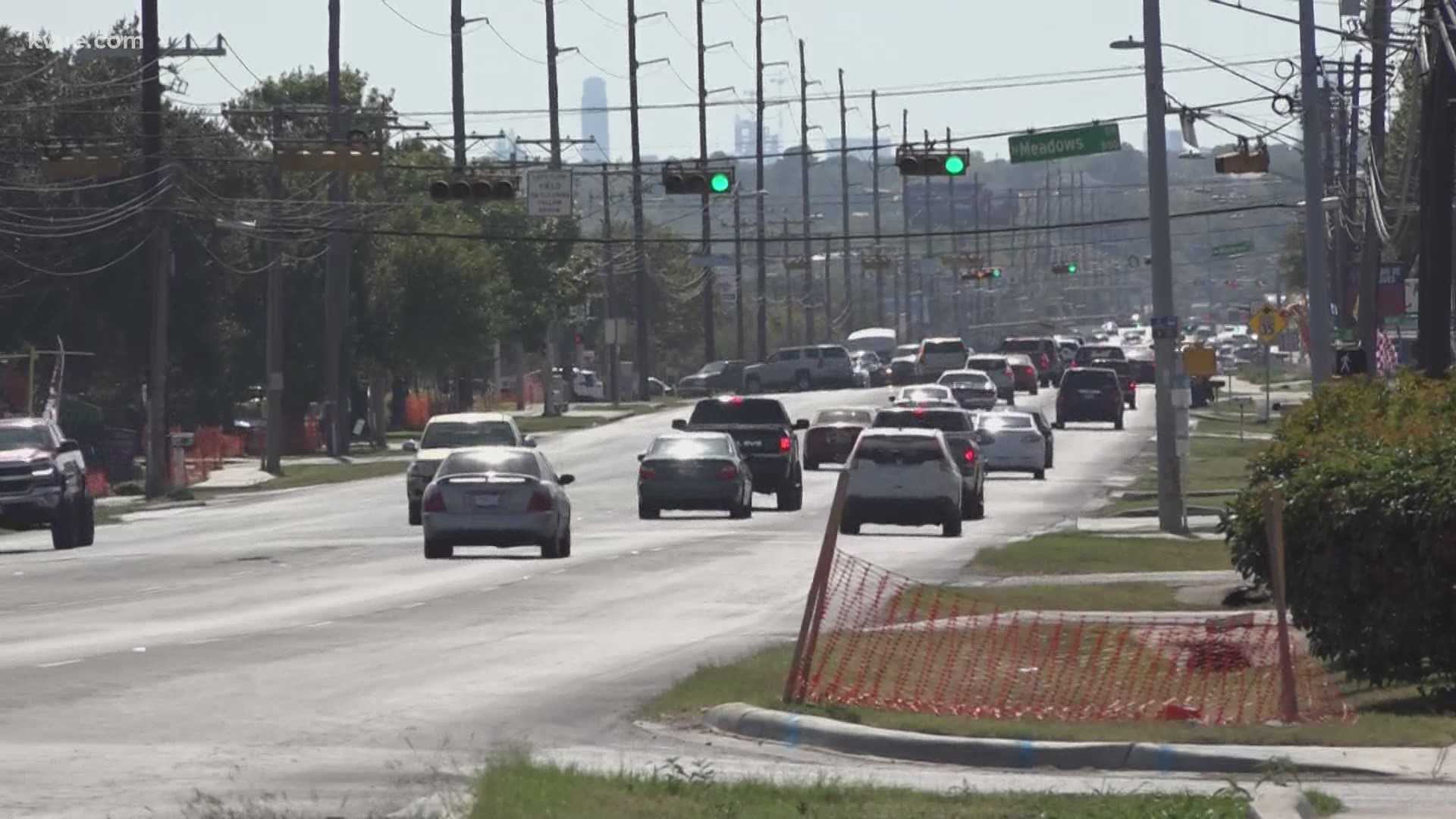 AUSTIN, Texas — In December of 2019, the City of Austin broke ground on pedestrian safety improvements on North Lamar Boulevard in North Austin.

As we near one year since first reporting on the stretch of road, KVUE wanted to check in with the City, as well as business owners, to see how the changes have been going.

Funding for the projects come from the 2016 Mobility Bond.

The improvement projects and the data

The Austin Transportation Department, in partnership with the Corridor Program Office looked at four intersections along the stretch of road: West Powell Lane, Fairfield Drive, Grady Drive and Cooper Drive.

"Due to the intersection’s close proximity to the North Lamar Transit Center, we consider these improvements a big win for pedestrian safety," Dea Chrichton, the public information and communications manager for the City of Austin Corridor Program Office, told KVUE via email Sunday. "A lot of folks cross North Lamar Boulevard in this area, and soon they will have facilities that can allow much safer crossing. It is anticipated that work at W. Powell will be complete by December."

According to the Corridor Program Office, the work to Fairfield Drive was completed last month.

It was identified by Austin Transportation's Vision Zero Proram as one of 300 top crash locations in the City.

"As far as other early out North Lamar pedestrian-related projects are concerned, the City is currently building a shared-use path between W. Caddo Street and On the Green Apartments," Crichton said. "The work is part of the Corridor Program’s North Lamar improvement plans, and the Public Works Department has partnered with us to install the SUPs ahead of our schedule. Their crews are on the ground now, installing the path. This project is expected to be completed in spring 2021."

A front-row seat to the changes

Businesses at the intersections which received the improvements are still adjusting, according to the Corridor Program Office.

The Austin Transportation Department said there is always an adjustment period after an intersection project, and added it is standard practice to monitor the projects post-construction.

But at the corner of Grady and Lamar in North Austin, one business told KVUE they've noticed the changes.

“Well, before they put the light up, they were going 50, 60 miles an hour down the road," said Dan McGregor, who owns Austin Appliance Rebuilders.

McGregor's shop has been at the intersection for the last several years, and he told KVUE he believes the road improvements are helpful.

“I think it’s good," McGregor said. “You know, they don’t drive 30 miles an hour around here.”

Al Hawkins, a sales manager, said he's been in an accident at the intersection in front of the store. He said he was rear-ended in the middle turn lane and believes the improvements were needed.

“It was so hard to get in and out before they put that light," Hawkins said. “Before that, we had like two or three a year."

Both McGregor and Hawkins said that the lights have also been good for business, as more people are stopped at the stoplight outside, and were able to notice their store.

Overall, the improvements are part of a larger project to improve safety and mobility along North Lamar Boulevard between U.S. Highway 183 and Howard Lane.

According to the Corridor Program Office, they're also working on intersection improvements on East Riverside Drive and will break ground on drainage improvements at the intersection of Burnet Road and Braker Lane in the November-December timeframe.

RELATED: Leander mayor announces partnership for $1B development featuring a lagoon and hotel

Austin woman drives to San Antonio to take her family to the polls, support them during the voting process