CapMetro is planning to eventually switch to an all-electric fleet. 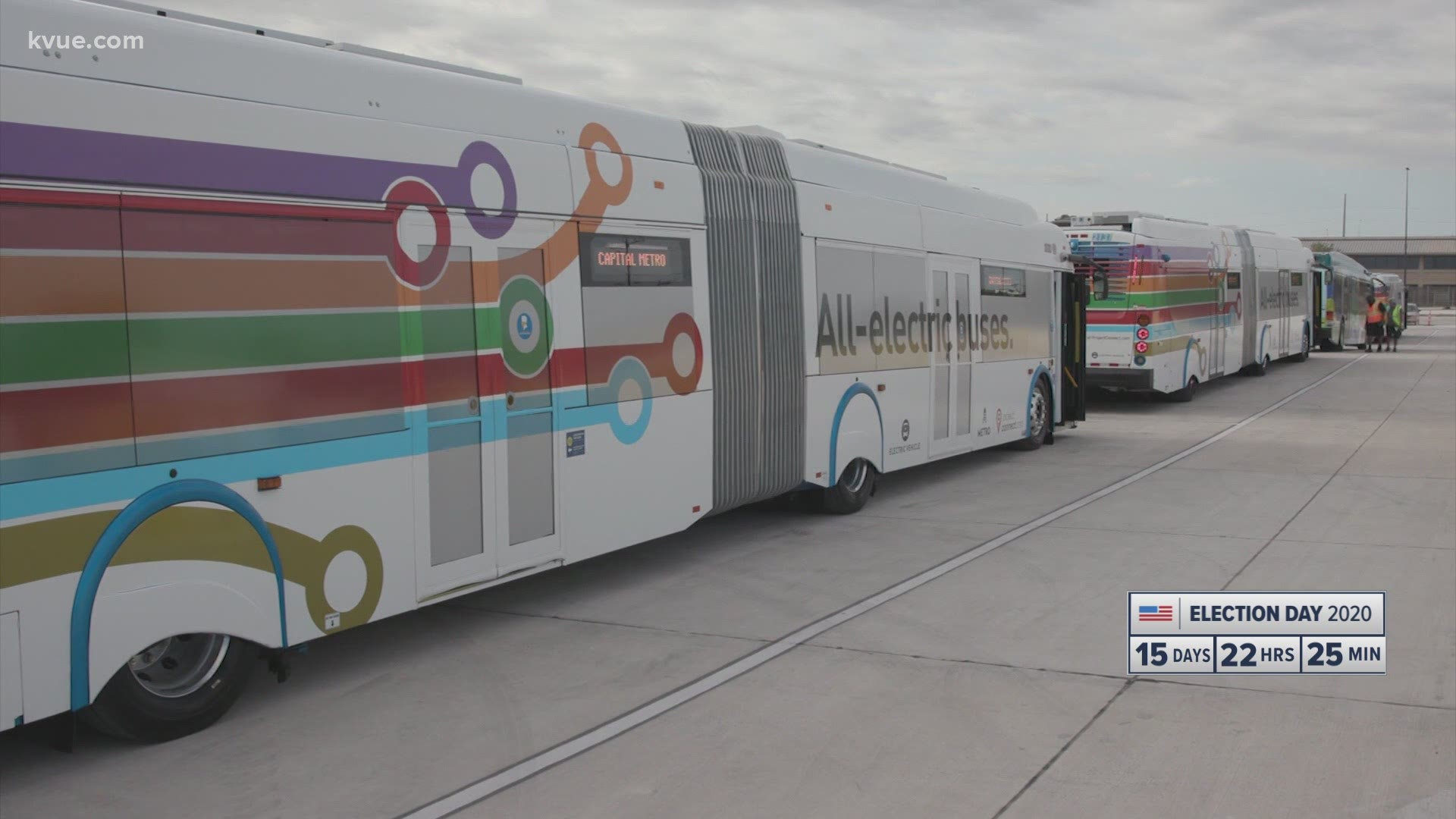 AUSTIN, Texas — As more and more people move to Austin, Capital Metro is taking steps to make the switch to a fleet of electric buses.

The transit company's new bus charging facility opened Friday at a former Serta Mattress warehouse. CapMetro said it has been working on the engineering, demolition and environmental remediation of the location since 2017, and construction began on the new yard in October 2019.

Officials with CapMetro say the company is planning to eventually switch to an all-electric fleet.

"The transition to an all-electric bus fleet can't happen soon enough. I mean, how many people have been standing along the street when a diesel bus goes by and there's a giant cloud of diesel exhaust? We are eliminating that with this transition to electric buses," said Brigid Shea, the Travis County commissioner for Precinct 2.

Eventually, the new facility will have 175 electric charging spaces.

Over the next five years, CapMetro plans to buy 71 electric buses.

Who gets COVID-19 vaccine first once it's available? Texas has a plan