The USMNT will advance to play the winner of Mexico and Canada in the Gold Cup final. 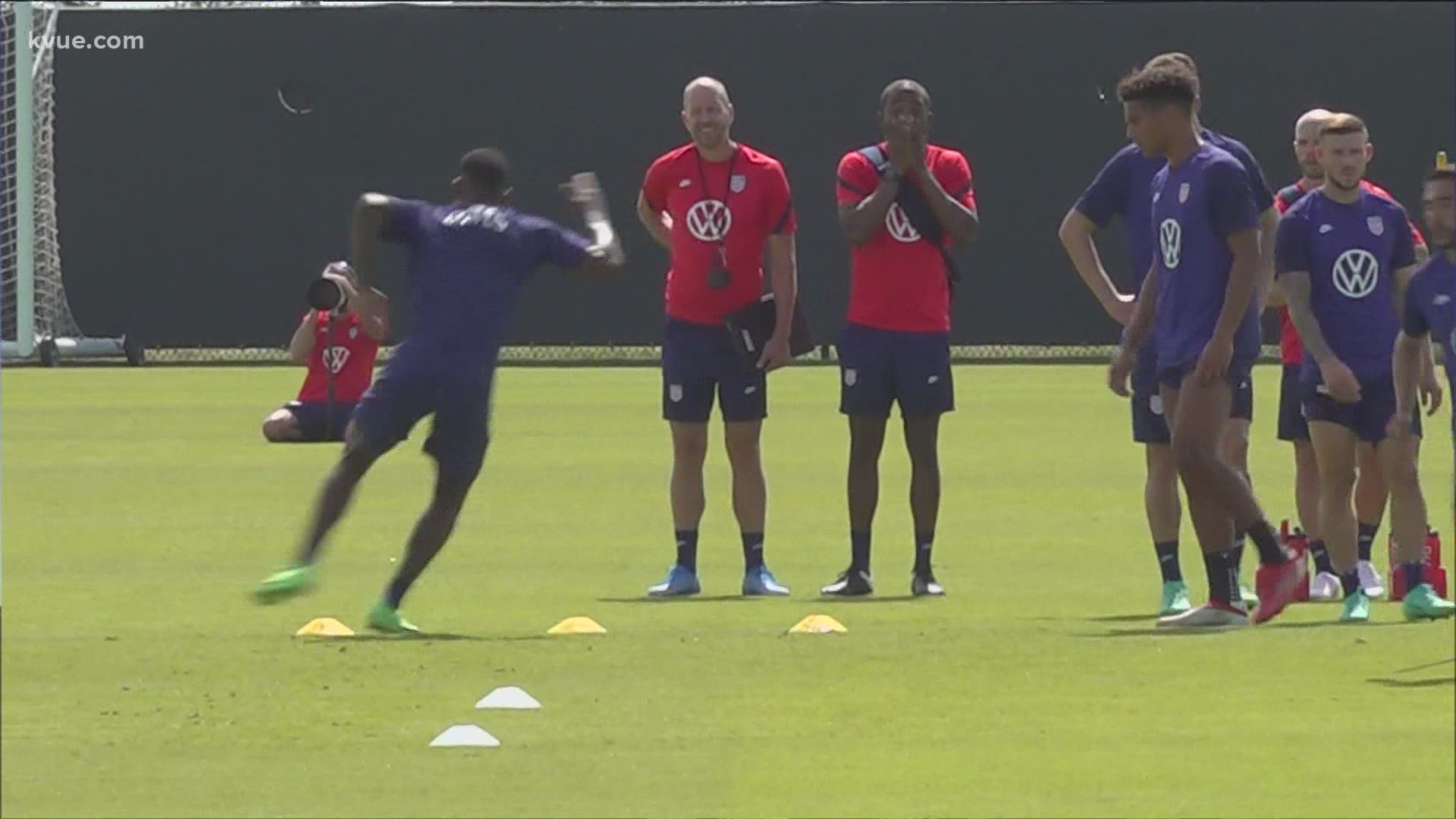 AUSTIN, Texas — The United States Men's National team (USMNT) took on 2022 World Cup host Qatar in the Gold Cup semifinal at Austin's Q2 Stadium on Thursday. The match is kicked off at 6:30 p.m.

The United States Men's National team was outshot in the first half, but broke through late in the game on a goal from Gyasi Zardes. The goal was assisted by Nicholas Gioacchini, another second half substitution. Zardes came on as a substitute in the 63rd minute, moments after Qatar's Hasan Al Haydos missed a go-ahead penalty kick.

The USMNT was outshot by Qatar 17 to 6, but only two of Qatar's shots were on goal compared to the United States' four. The USMNT also controlled the possession 58% to 42%.

With the win, the USMNT advances to the Gold Cup final and will face the winner between Mexico and Canada. The Gold Cup Final will be played on Sunday in Allegiant Stadium in Las Vegas.

FINAL: The @USMNT advances to the @GoldCup Final. They'll face the winner between Mexico and Canada.

USA 🇺🇸 takes the lead in the 86th minute pic.twitter.com/4BSaGYjzTw

58': Qatar is awarded a penalty kick after VAR review.

VAR rewards a penalty for this foul. pic.twitter.com/T98w5cPAVS

The first half was controlled by the United States in terms of the possession battle, but Qatar was able to get much more scoring opportunities. Qatar came out firing with two close chances within the first 20 minutes.

U.S. goalkeeper Matt Turner kept Qatar off the scoreboard with a highlight-reel fingertip save on a volley inside the six-yard box.

The USMNT only two shots on goal came from Matthew Hoppe and Gianluca Busio. Hoppe's shot went right at the goalkeeper for Qatar and Busio's shot was off to the left.

20': Attempt saved. Abdelaziz Hatim (Qatar) left-footed shot from the left side of the six yard box is saved in the center of the goal.

Goalies do well at Q2, I guess. 🧤 pic.twitter.com/T7utXbrj7B

6': Almoez Ali (Qatar) right-footed shot from the center of the box is close, but misses to the left.

Qatar gets the first look on goal, 6 mins in 🇶🇦 pic.twitter.com/DOst3Fq9UK

The USMNT and Qatar square off in Austin after each team won its respective quarterfinal match last week.

The USMNT defeated Jamaica 1-0 at AT&T Stadium on Sunday, and Qatar advanced with a 3-2 win over El Salvador on Saturday. Qatar is the reigning Asian Football Confederation champion.

This will be the first meeting between the two countries and the 98th different international opponent in USMNT history.

It'll be the first time the men's national team plays in Q2 Stadium and the second time one of the national teams has played in Austin. The United States Women's National soccer team (USWNT) played the first-ever match in Q2 Stadium in June, where they beat Nigeria 2-0.