Most Texas voters said they believe Judge Brett Kavanaugh should be confirmed to the U.S. Supreme Court, a poll from the Quinnipiac University found. 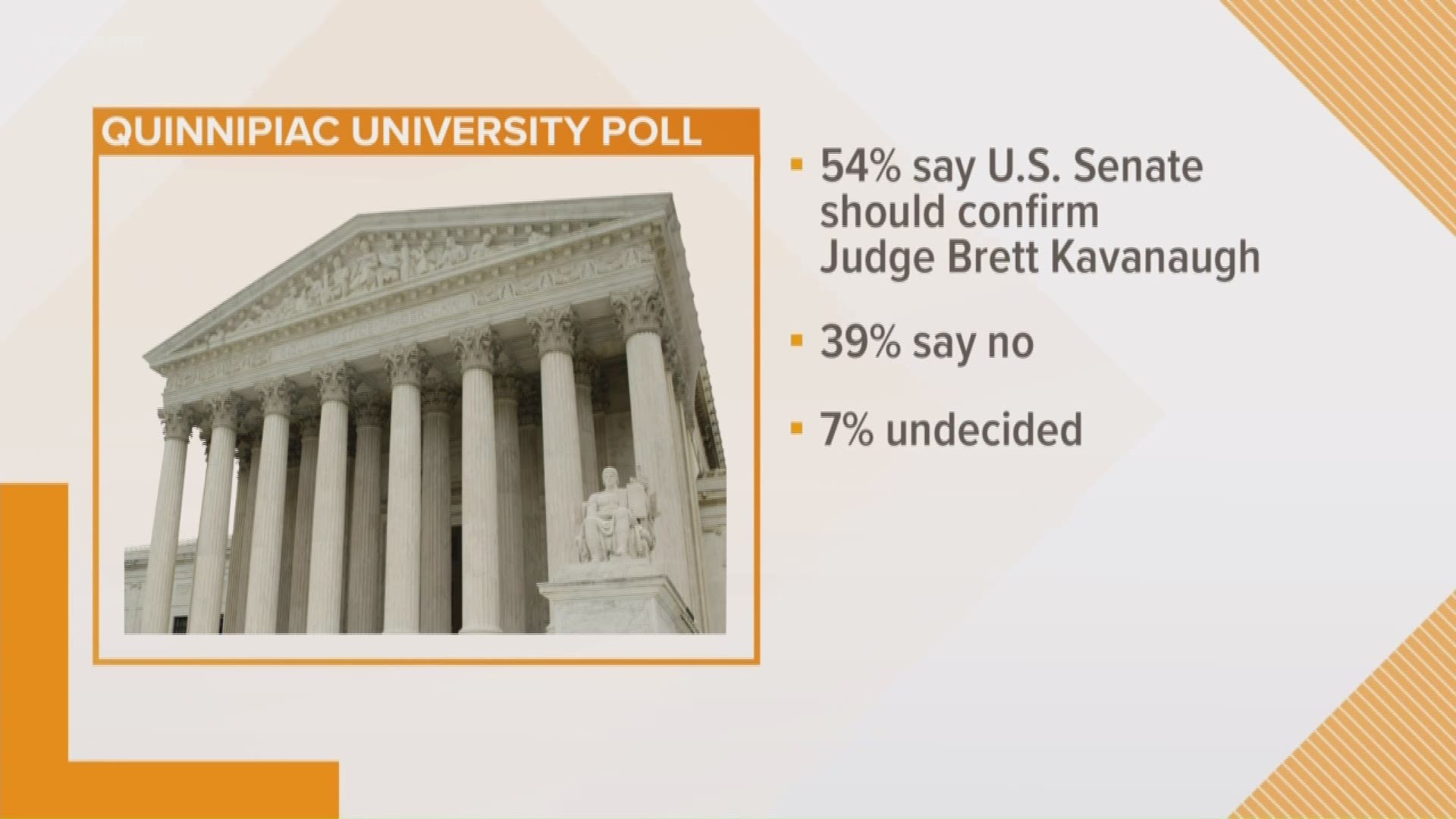 TEXAS — A survey of more than 800 likely Texas voters showed that most believe the U.S. Senate should confirm Judge Brett Kavanaugh to the U.S. Supreme Court, according to findings released by Quinnipiac University.

Most of those who support confirmation are Republican, the poll found.

GOP says time running out for Kavanaugh accuser to talk

Brett Kavanaugh: Could the FBI resolve the standoff over sexual assault allegations?