GOP says time running out for Kavanaugh accuser to talk

Brett Kavanaugh accuser Christine Blasey Ford has said through her attorney she wants the FBI to conduct an investigation before she testifies before the Senate. 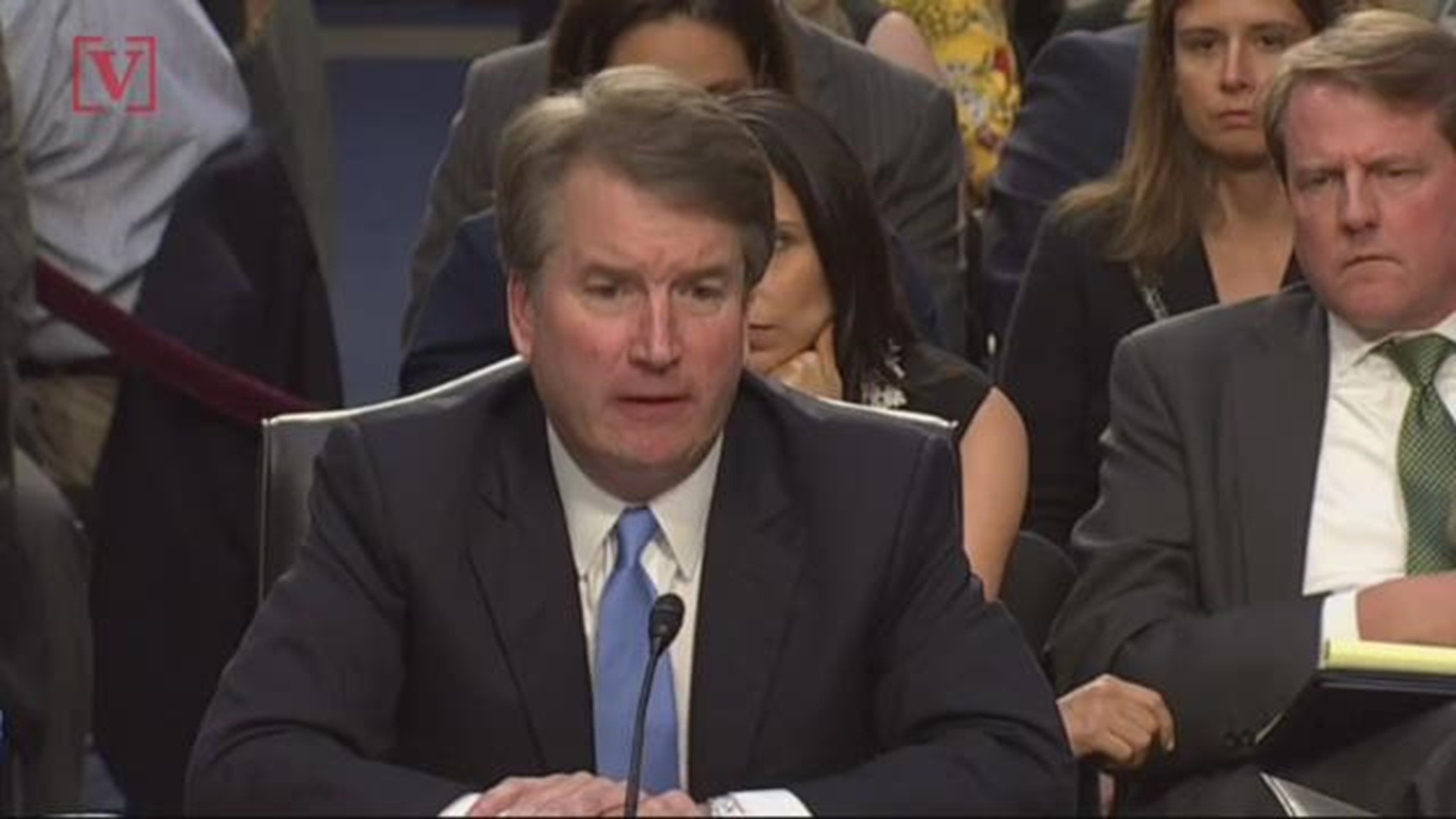 WASHINGTON — Republicans are warning that time is running out for Brett Kavanaugh's accuser to tell Congress about her claim he sexually assaulted her when both were teenagers, even as President Donald Trump called the woman's allegation hard to believe in one of the GOP's sharpest attacks on her credibility.

With Kavanaugh's Supreme Court nomination dangling in the balance, the chairman of the Senate Judiciary Committee said his panel still planned a Monday morning hearing that Kavanaugh and Christine Blasey Ford were invited to attend.

Sen. Chuck Grassley, R-Iowa, wrote Ford's attorneys Wednesday that the panel was giving the California psychology professor until 10 a.m. Friday to submit a biography and prepared statement "if she intends to testify" Monday.

It remained unclear, though, whether Ford would attend or if the hearing would occur without her as a drama that has riveted Washington since emerging a week ago was injected with a fresh burst of election-season suspense.

After initially saying through a lawyer Monday that she was willing to appear, Ford has since said she first wants a full FBI investigation of her accusation. Trump and Senate Republicans have been emphatic that an FBI renewal of its background checks on Kavanaugh won't happen, saying an investigation by committee staff — which Democrats are boycotting — is sufficient.

Ford's demand has been fully backed by Democrats.

Lisa Banks, a Ford attorney, wrote that Grassley's plan to call just two witnesses, Kavanaugh and Ford, "is not a fair or good faith investigation" and said "multiple witnesses" she did not name should be included.

"The rush to a hearing is unnecessary, and contrary to the Committee discovering the truth," Banks wrote.

The standoff left both parties gambling over which of their approaches would appeal to voters in November's elections, which will determine House and Senate control.

Republican leaders trying to keep GOP senators behind Kavanaugh are offering Ford a chance to describe her allegation, either in a hearing room before television cameras or in private. Republicans have largely stood by Kavanaugh's denials.

Democrats are casting Republicans as strong-arming a wronged woman, their eyes on a #MeToo movement that has caught fire and exploded the careers of dozens of male titans.

"Republicans are trying to bully her into a rigged hearing," No. 2 Senate Democratic leader Dick Durbin of Illinois tweeted about Ford.

Trump told reporters, "I can only say this: He is such an outstanding man. Very hard for me to imagine that anything happened."

That remark was noteworthy because most Republicans have handled the question of Ford's credibility more gingerly. They say they want to give Ford, now a professor at Palo Alto University, every chance to tell her story.

Ford has contended that at a house party in the 1980s, a drunken Kavanaugh tried undressing her and stifling her cries on a bed before she fled.

Republicans are resisting all Democratic efforts to slow and perhaps block what once seemed a smooth path to confirmation that would promote the conservative appeals court judge by the Oct. 1 opening of the Supreme Court's new term. A substantial delay could push confirmation past the November elections, when Democrats have a shot at winning Senate control, plus allow more time for unforeseen problems to pop up.

There were signs the GOP's strategy of planning a nationally televised hearing yet also offering Ford the option to testify privately was keeping possible Republican defections in check. The party controls the Senate 51-49 and the Judiciary panel by 11-10, so it cannot afford GOP "no" votes.

Moderate GOP Sen. Susan Collins of Maine, who's had her share of clashes with Trump, said she hoped Ford would reconsider a decision not to testify and "it's not fair to Judge Kavanaugh" if she refuses. "Otherwise, there are these very serious allegations hanging over the head of a nominee who has emphatically denied them," she said on radio WVOM in Bangor.

Going further, Sen. Lindsey Graham, R-S.C., said Democrats' demands for an FBI investigation were a ploy to delay a confirmation vote. "It is imperative the Judiciary Committee move forward on the Kavanaugh nomination and a committee vote be taken as soon as possible," the committee member said in a statement.

As for a possible FBI intervention, Grassley said in his letter to Ford's lawyers, "We have no power to commandeer an Executive Branch agency into conducting our due diligence."

In a separate letter to Democrats, Grassley wrote that committee aides were "even willing to fly to California, or anywhere else, to meet her." He also wrote that GOP aides tried to arrange interviews with two other "alleged witnesses." The letter mentioned no names and committee staff declined to identify them.

Kavanaugh did not return to the White House Wednesday after spending the two previous days there. He spoke by phone with officials working on strategy, said an aide familiar with the proceedings but not authorized to speak publicly about private conversations.

Shine was ousted from his previous job at Fox News in part due to his handling of sexual harassment claims at the company.