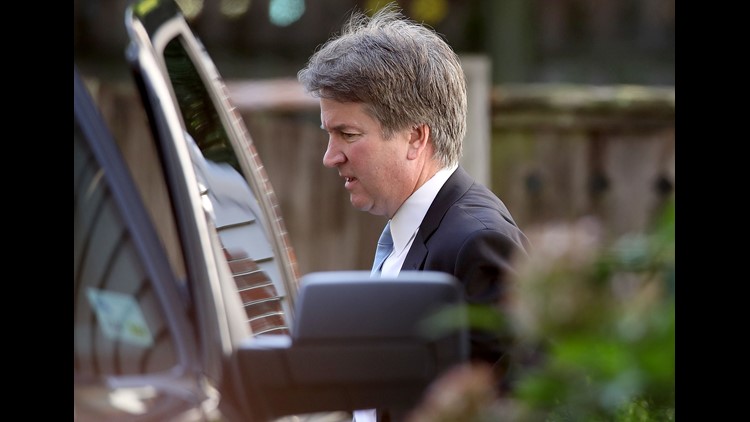 Brett Kavanaugh: Could the FBI resolve the standoff over sexual assault allegations?

WASHINGTON – A California woman says Brett Kavanaugh sexually assaulted her in the 1980s. He denies it. The White House believes him. Senate Democrats believe her.

Could the FBI break the deadlock?

"They could assign 100 agents to this and be done in two days,” said Tom Fuentes, a former FBI assistant director who once led its organized crime program. But that doesn't mean there would be a clear winner and loser.

For the time being, the late-breaking accusation from college professor Christine Blasey Ford that is blocking Kavanaugh from becoming the 114th justice of the Supreme Court remains a "she said, he said" dispute because the White House hasn't asked the FBI to reopen its background investigation.

It could do so, on its own or at the behest of the Senate Judiciary Committee. If the request was made, "this would go straight to the top of priorities," said Sarah Baker, a former White House associate counsel under President Barack Obama.

"They could have it completed by Monday," when the committee is scheduled to hear from both the judge and the professor, Baker said.

But as of now, that won't happen. Senate Judiciary Committee Chairman Chuck Grassley, R-Iowa, reiterated Wednesday the decision is for the White House to make.

Even if a new probe was conducted, he said, it likely wouldn't shed much light on the dispute over alleged high school misconduct because "the FBI does not make a credibility assessment of any information it receives with respect to a nominee."

Three former top officials at the FBI said Wednesday that scores of agents could be assigned and an investigation completed quickly that could shed light on both Ford's and Kavanaugh's credibility.

Ford, in particular, would come under the microscope, Fuentes warned. She has provided few details of the alleged attack, including the date and location, while Kavanaugh has flatly denied it. Investigators might ask her peers at the time about her sex life, use of alcohol and other personal details, he said.

"By making an accusation like this, you do leave yourself wide open to what kind of credibility you have as a complainant," Fuentes said. "She would have to waive her medical privacy, I think."

By contrast, he said an interview with Kavanaugh, performed under oath, could be over in 30 minutes because “if he has no recollection of any of this, then where is the burden?”

In 1987, an FBI background check on federal appeals court Judge Douglas Ginsburg apparently failed to turn up evidence that he had smoked marijuana while teaching law at Harvard. Nine days after President Ronald Reagan nominated him to the Supreme Court, he withdrew.

Ford, now 51 and a California college professor, claims a drunken Kavanaugh tried to peel off her clothes – at one point covering her mouth to prevent her from screaming – before she was able to get away at a party when he was 17 and she was 15. She named Kavanaugh's friend at the time, Mark Judge, as a witness, but he has no recollection of the incident.

Ron Hosko, a former FBI assistant director who headed the bureau’s criminal division, said the most recent background check on Kavanaugh may not have gone back to his high school days, since he was subject to five prior investigations.

“You’re talking about someone who has been in government service for some time, who has been the subject of background checks before,” Hosko said. “You’re likely going to begin an investigation where the last one ended."

The most recent parallel to came in 1991, when Anita Hill accused Supreme Court nominee Clarence Thomas of sexual harassment in the workplace after the Senate Judiciary Committee's hearing had been completed.

The White House under President George H.W. Bush asked the FBI to investigate. It reported back three days later, with the White House calling her allegation "unfounded." Thomas ultimately was confirmed, 52-48.

"That was much more contemporaneous," said Oliver "Buck" Revell, former deputy director at the FBI. "They got involved because they were told to get involved.”

Rudy Mehrbani, another former associate counsel in the Obama administration, said the White House should want to get to the bottom of the story to clear Kavanaugh's name, and an FBI probe would help.

“The only reason you don’t ask," his former colleague Baker said, "is if you don’t want the answer.”

Trump hasn't asked, but he left the door open Wednesday. If Ford appears at the hearing and sounds credible, he said, "that will be very interesting, and we’ll have to make a decision."

If that decision is to ask for the FBI's assistance, Revell said, "they would put whatever manpower was necessary to bring it to a very rapid conclusion.”

“In this situation, the bureau ends up essentially holding the short stick," he said. "It will do whatever it is requested to do. There is no blueprint under these circumstances.”