Trump's nomination of Kavanaugh to the Supreme Court was thrust into turmoil Sunday after the woman accusing him of high school-era sexual misconduct told her story publicly for the first time. 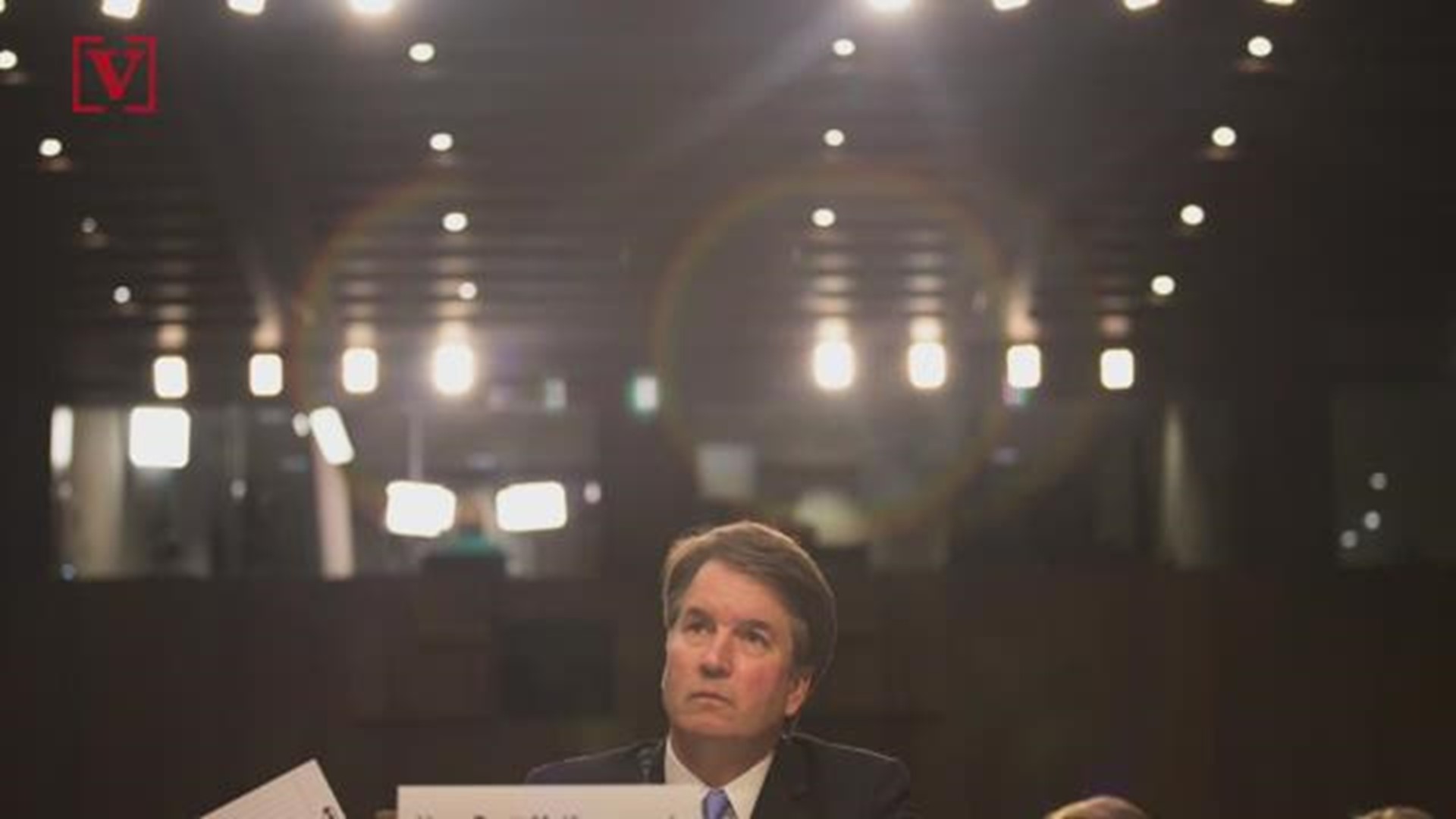 President Donald Trump says "a little delay" may be needed on an upcoming Senate Judiciary Committee vote on the Supreme Court nomination of Judge Brett Kavanaugh. But the president is predicting that it will "work out very well."

The president is facing questions about Kavanaugh amid scrutiny of a woman's claim that the judge sexually assaulted her at a party when they were both in high school.

Democrats immediately called for a delay in a key committee vote set for this later week and a Republican on the closely divided panel said he's "not comfortable" voting on the nomination without first hearing from the accuser.

The woman, Christine Blasey Ford, told The Washington Post in her first interview that Kavanaugh pinned her to a bed at a Maryland party they attended in the early 1980s, clumsily tried to remove her clothing and put his hand over her mouth when she tried to scream.

"I thought he might inadvertently kill me," Ford said. "He was trying to attack me and remove my clothing."

Ford, 51 and a clinical psychology professor at Palo Alto University in California, says she was able to get away after a friend of Kavanaugh's who was in the room jumped on top of them and everyone tumbled.

Kavanaugh, 53 and a federal appeals judge in Washington, on Sunday repeated an earlier denial of Ford's allegation.

"I categorically and unequivocally deny this allegation. I did not do this back in high school or at any time," Kavanaugh said through the White House.

The allegation first came to light late last week in the form of a letter that has been in the possession of Sen. Dianne Feinstein of California, the top Democrat on the Senate Judiciary Committee, for some time.

Trump says he wants a "full process" to investigate the allegations. But the president says Kavanaugh's nomination is "on track. I think he's very much on track."

Trump is praising Kavanaugh as one of the finest people he's known. And he called a question about whether Kavanaugh should withdraw "ridiculous."