This comes after a week's worth of protests in Downtown Austin. 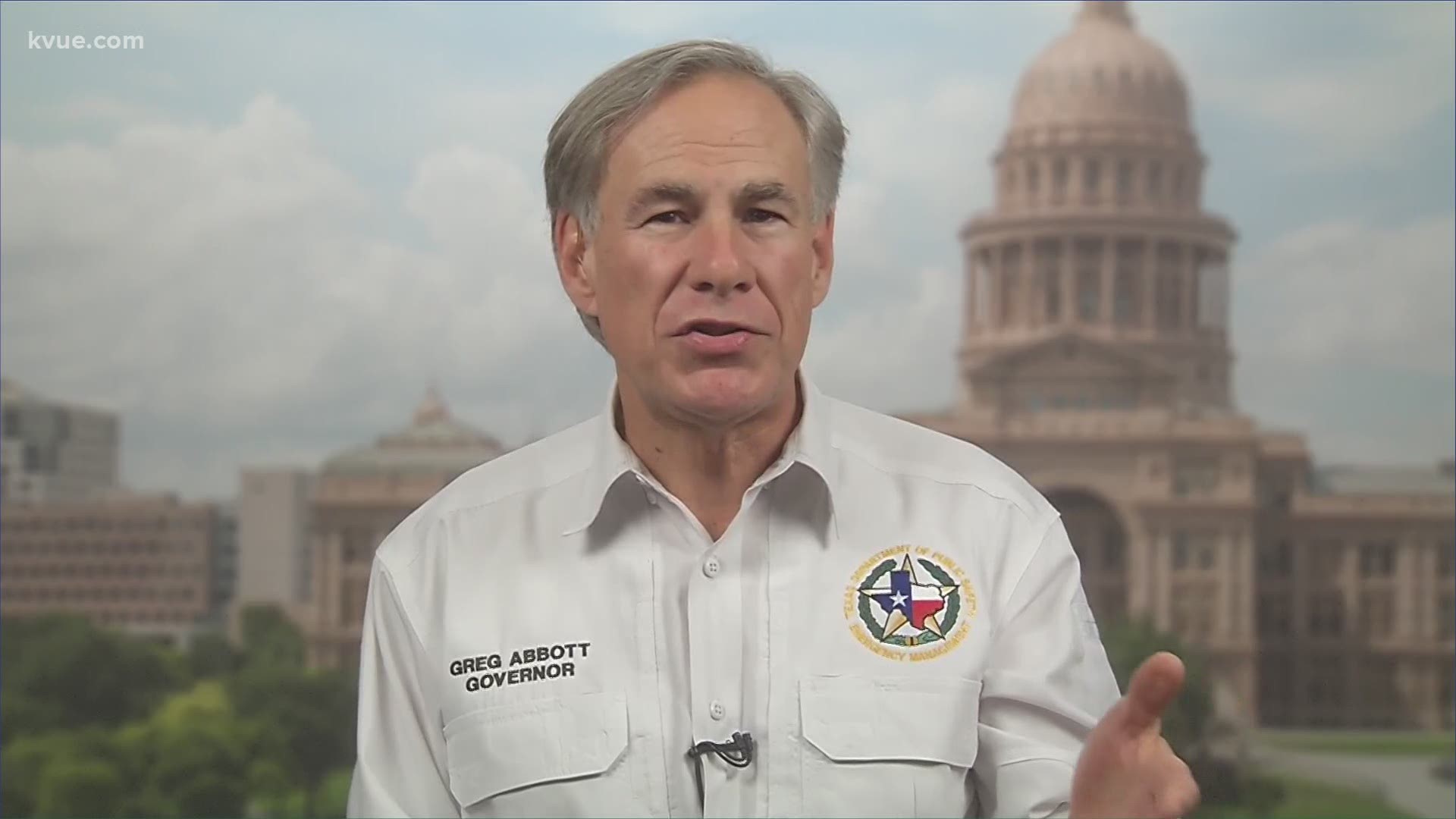 AUSTIN, Texas — Gov. Greg Abbott joined KVUE Friday, June 5, to talk about the protests, how the State is handling them and concerns about a spike in COVID-19 cases after Memorial Day.

Abbott's interview with KVUE comes after Thursday marked seven straight days of protests against police brutality in Downtown Austin, and more protests are scheduled through the weekend.

The governor spoke with KVUE's Quita Culpepper, and when asked about military assistance for the protests, he said Texas has a large amount of DPS officers and more than 2,000 National Guard service members strategically placed to address the protests.

Here's a roundup of what Gov. Abbott discussed.

RELATED: A week's worth of protests against police brutality in Downtown Austin

Question: Governor, you said earlier this week that Texas does not need the U.S. military's help in containing protests over the death of George Floyd. How is the State continuing to handle the ongoing protests?

Answer: So, like last night and the night before that, we have a very large number of Texas Department of Public Safety officials here in Austin, as well as the other large cities where the large protests are taking place. In addition to that here in Austin, and certain other locations around the State of Texas, the National Guard is providing additional support. I think there is something like more than 2,000 officers strategically provided to various different regions. You've seen how they were able to maintain control these past few nights. Candidly, we've also seen the protesters are becoming more focused on being peaceful. There are a few outside agitators that try to cause some problems and interfere with the protesters, but hopefully that will remain minimized.

Question: People are calling for change when it comes to policing. As governor, what would you like to see done, and how can you help make change happen?

Answer: Put simply, what I want to see done is make sure we never have in Texas what happened in Minnesota. What happened to George Floyd should never happen here in the state of Texas. We need to work on strategies, and there is two ways we can go about this process. One is at the local police department level and in the State police level also ... for them to implement policies with regard to the use of force. Second is for state law proposals. As it concerns state law proposals, I've already begun those conversations with lawmakers and we need to get input from lawmakers across the state of Texas as we begin to craft and draft proposed legislation that legislature will consider in the upcoming session.

Question: What would it take to get you out and interacting and meeting with some of those protesters?

Answer: It's something to consider. And we will look into that as the process proceeds, but there is a goal that we have here as a state and that is we want to provide the protesters the opportunity to express their First Amendment rights, but most importantly, do so in a safe setting without outside interference from these agitators.

Question: Have you had any conversations with civil rights leaders here in Texas?

Answer: That depends on how you define that. When I had a conversation about George Floyd – they had a lot of people on that call – including some civil rights leaders. So, I did have the opportunity to visit with them about some of the ideas and issues they would like to focus on. I want to make sure we keep them engaged in this process as we move forward.

Question: I know you're concerned about a jump in the number of COVID-19 cases here in Texas since we saw a spike after Memorial Day.

Answer: There have been increases in various different areas for different reasons. We can't tell yet the extent to which it could have been tied to Memorial Day. We do know there are increases, in Travis County and other areas, that are tied to nursing homes. There are also some increases in other regions related to other hot spots, such as ... we're testing prolifically in jails across the state, where we do see a higher positivity rate. So, we will see some increases from time to time, but in general, the positivity rate is remaining right above that 5% level.

Question: So it won't affect the reopening of businesses across Texas?

Answer: It will not affect the reopening of businesses in Texas. The main thing we are looking at – or two things – one is the hospitalization rate, mainly the hospital capacity. Remember this, Texas leads the nation in people who have recovered from COVID-19. So, just because someone has tested positive for COVID-19 does not mean they've received a death sentence because hardly anyone passes away from it. Few of them even go to the hospital as a result of it. We just need to maintain good health availability for anyone who contracts it.

WATCH: What these protests are all about