Manley said he is now talking about the idea with Mayor Steve Adler and City Manager Spencer Cronk on a daily basis. 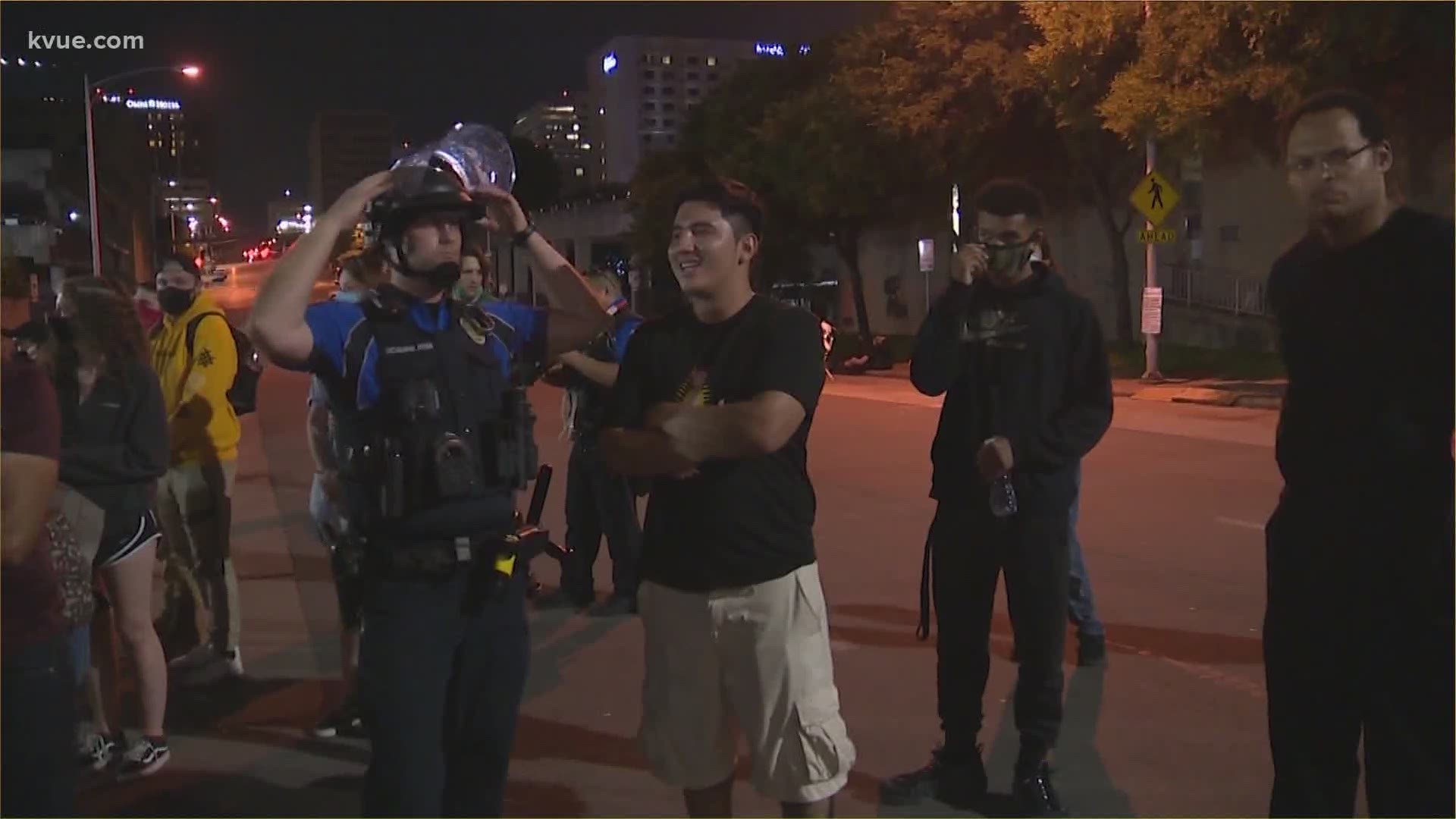 AUSTIN, Texas — Austin Police Chief Brian Manley said he is considering issuing a curfew as protests against racism and police brutality continue in Downtown Austin. This comes after six days in a row of protests in Austin.

Chief Manley made the announcement on Wednesday, June 3, during the Jeff Ward Show on the Statesman News Network. According to KVUE's partners at the Austin American-Statesman, Manley had originally suggested implementing a curfew in the city but decided against it. However, Manley said on Wednesday he is now talking about the idea with Mayor Steve Adler and City Manager Spencer Cronk on a daily basis.

During the interview, Manley also discussed the recent crime in Downtown Austin amid the protests.

“People were coming out to talk about the issues that are plaguing our society today in a constructive manner and in a manner that was hopefully going to push towards change,” Manley said. “But what we’ve seen as well, throughout the country, is that movement has been infiltrated and really hijacked by those who want to go out and commit vandalism and crime.”

You can listen to the entirety of Manley's comments on the Jeff Ward Show below or by clicking here.

'It breaks my heart to know the pain I have caused:' Drew Brees apologizes for national anthem kneeling comments