"The only time I sincerely feel protected is when I got that logo on my chest," said defensive back Chris Brown. 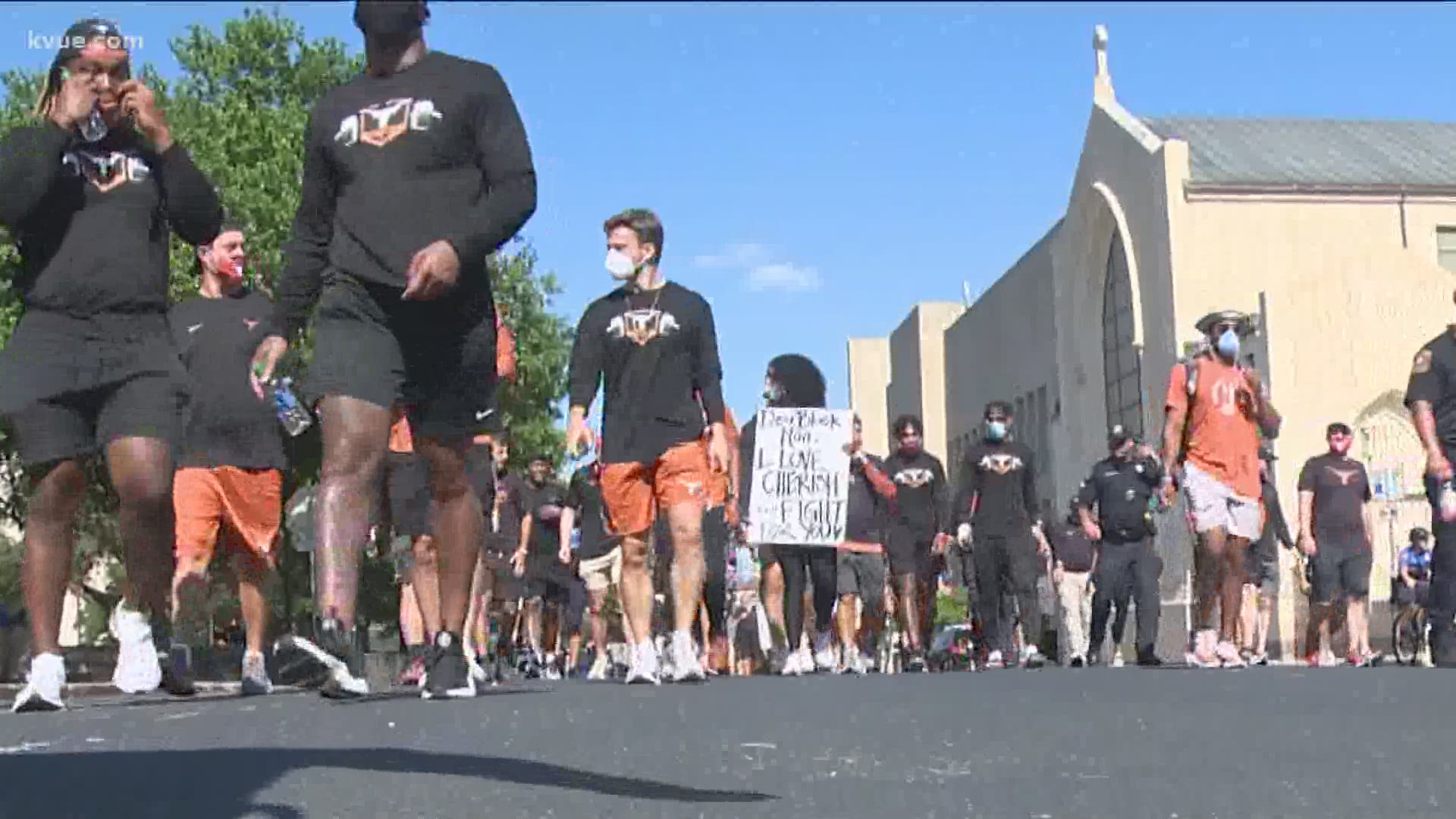 AUSTIN, Texas — As protests continued for the seventh night in Austin, the Texas Longhorns Football team joined in with a march of their own.

After the death of George Floyd, who died after stating "I can't breathe" as a Minneapolis police officer knelt on his neck, protests and marches have been launched nationwide in support of Floyd and the Black Lives Matter movement.

The march kicked off a little before 5 p.m. on Thursday as the team left the UT campus and headed toward the Texas Capitol.

They arrived at the Capitol around 5:30 p.m. There, everyone took to one knee for nine minutes to remember Floyd.

KVUE's Jake Garcia spoke with defensive back Chris Brown on the walk back to campus.

"The only time I sincerely feel protected is when I got that logo on my chest," he said.

Protests continued Thursday in Downtown Austin, with some planned at Austin Police Department headquarters in the evening.