Fifteen percent of all sidewalks built and designed as part of the City’s 2016 Master Sidewalk Plan were not inspected for accessibility by a third party. 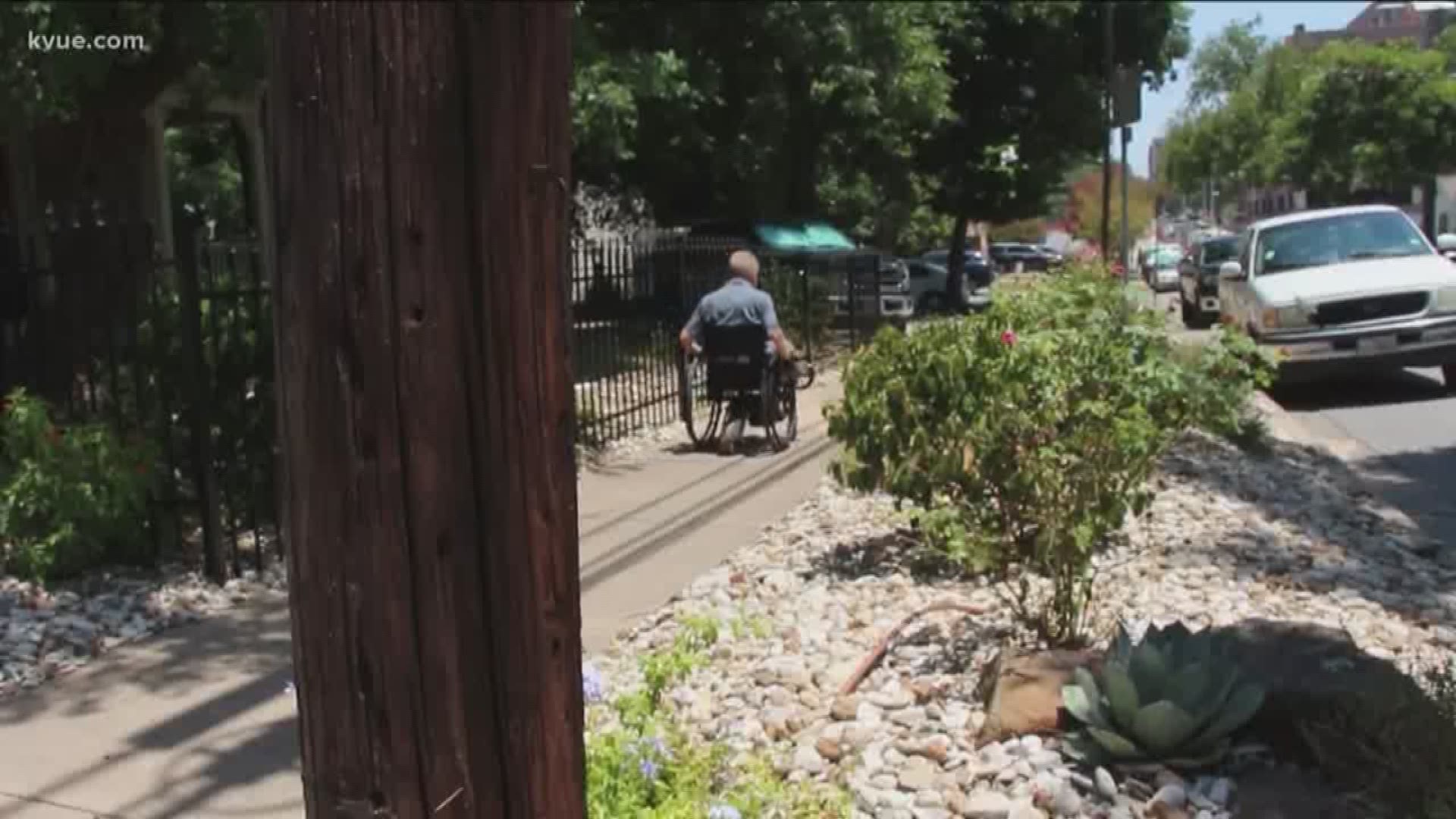 AUSTIN, Texas — For Chase Bearden, trying to get to work every day is a challenge.

“The sidewalks – it’s one of the major barriers,” said Bearden, the deputy executive director at Coalition of Texans with Disabilities.

Between cracks, lifts, weeds and ramps, Bearden sees so many problems with accessibility on his streets.

That’s why a recent audit of the City’s newest sidewalk projects does not surprise him, but it does have him worried.

According to the report, 15% of all sidewalks that have been built and constructed as part of the 2016 Sidewalk Master Plan were not inspected by a third-party accessibility inspector, as required by the State of Texas Architectural Barriers Act.

“I don’t think there should have been 15%, and I think it’s something that shouldn’t have had to make it all the way to the auditor’s office to be recognized as a problem,” Bearden said.

Fifteen percent of the projects comes out to 20 different sidewalks that did not receive required inspections.

“While those projects did not receive the third-party inspection, I’m very confident those projects do meet the requirements of the ADA specifications,” said Richard Mendoza, the City of Austin's Director of Public Works.

Since 2016, $37.5 million has been approved for new sidewalk construction. The City has built 23 miles of new sidewalks since then.

Still, disability rights advocates like Bearden are focused on that 15% of sidewalks that were not inspected correctly.

“Normally, I would be concerned about it, but in this instance, they did not receive the inspection from a third-party inspector,” Mendoza said. “They were inspected, however, by City staff.”

But for future projects, Mendoza said they will follow the Texas Accessibility Standards and get necessary third-party inspections.

Bearden said he hopes that is true because those inspections are too important to neglect.

“What happens when it’s not done correctly is it affects our lives and, at the end of the day, we’re Texans, we’re Austinites just like everyone else,” Bearden said.

Mendoza said that after this audit, he now has someone on his team who is in charge of monitoring whether a sidewalk project needs and eventually gets an accessibility inspection.