The baby was reported missing on July 22. He is now in CPS custody as police continue to search for his mother. 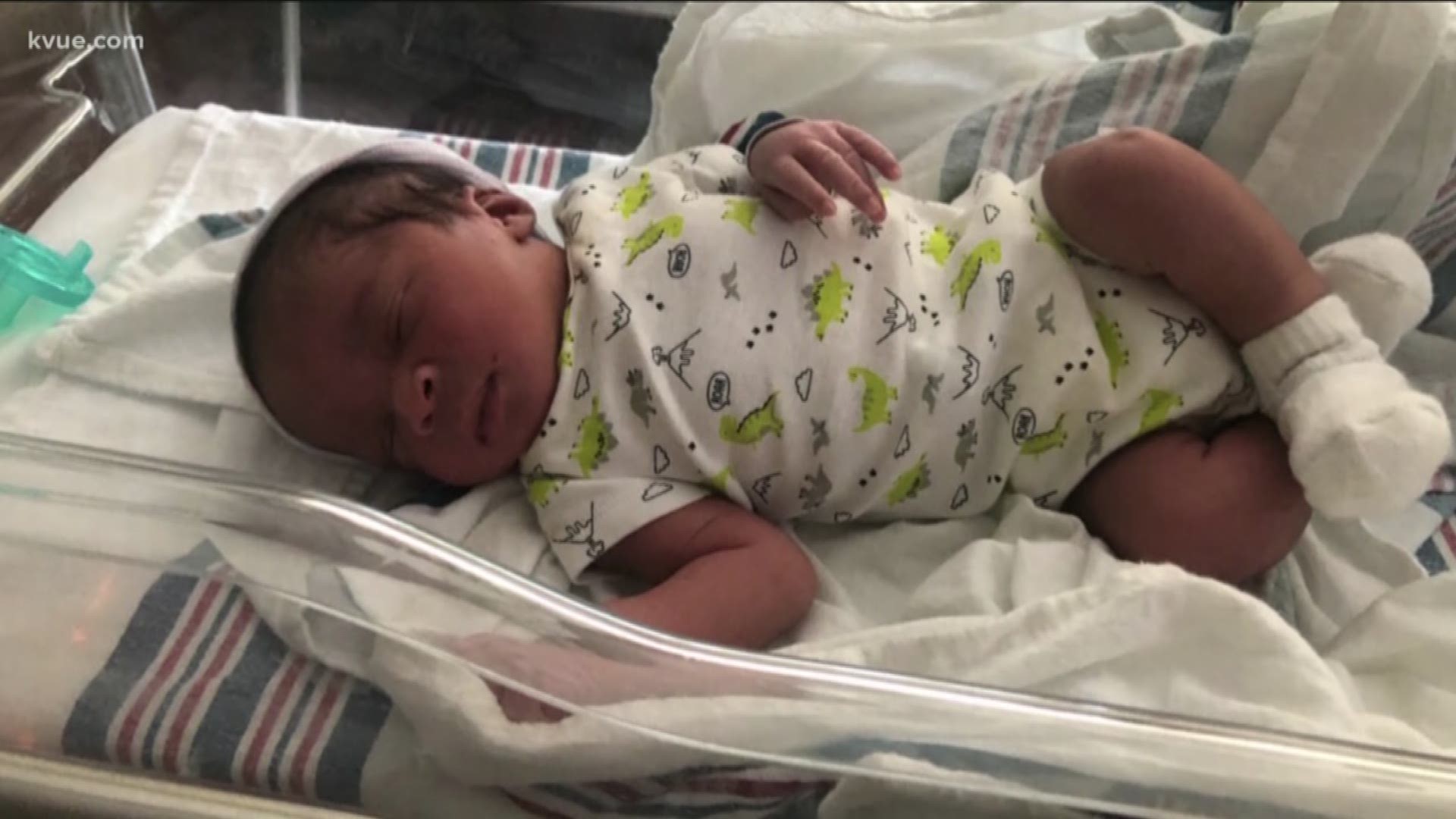 AUSTIN, Texas — The baby reported missing after CPS became involved after his birth is now in CPS custody and his mother has been arrested.

The baby was born to Brittany Sadi Smith, 30, in a hospital on July 19. Authorities said at a press conference on Aug. 9 that when she was admitted to the hospital, she gave staff a fake name.

On July 22, Smith gave a woman believed to be her cousin – Brandy Yovonne Galbert – permission to leave the hospital with her baby. Smith was discharged on July 23. On July 24, Child Protective Investigations received a court order for the baby to be removed from the mother’s custody and placed into theirs, police said. The Austin Police Department said that they believe the mother’s previous history with children led to CPS involvement and that there was "concern for neglect and child abuse" for the baby. A search began for the baby, Smith, Galbert and the baby's father.

On Monday, August 12, Galbert called 311 to provide the location of herself and the baby. Officers responded and took custody of Galbert. She was charged with interference with child custody, a state jail felony, and booked into the Travis County Jail.

The baby was taken to a local hospital to be evaluated.

On Thursday, the U.S. Marshals-led Lone Star Fugitive Task Force arrested Smith at an apartment complex at 5606 Springdale Road. She is now in custody at the Travis County Jail and will be arraigned on interference with child custody and felony theft.

When investigators were originally looking for the baby, they believed Smith, Galbert, the baby's father – Carl Dennis Hayden Jr. – and the baby fled to the Austin or Killeen area. A detective said the police department had several addresses in Austin and Killeen that investigators were trying to follow up with.

Police said by Aug. 9 they had exhausted all measures in notifying the community about the missing baby and the people allegedly involved, but the case did not meet the criteria for issuing an Amber Alert.

An Amber Alert was issued for the infant on Monday. After police reached out to DPS over the weekend, a decision was made to issue the statewide alert.

Credit: Williamson County
From left: Brittany Sadi Smith, Carl Hayden Jr. and Brandy Galbert. (These mugshots are from prior cases.)