Grappling with racist history: Should Austin change the name of Lamar Boulevard?

As America takes a second look at street names and monuments, should the City re-examine its two-year-old list of places named for people with ties to racism? 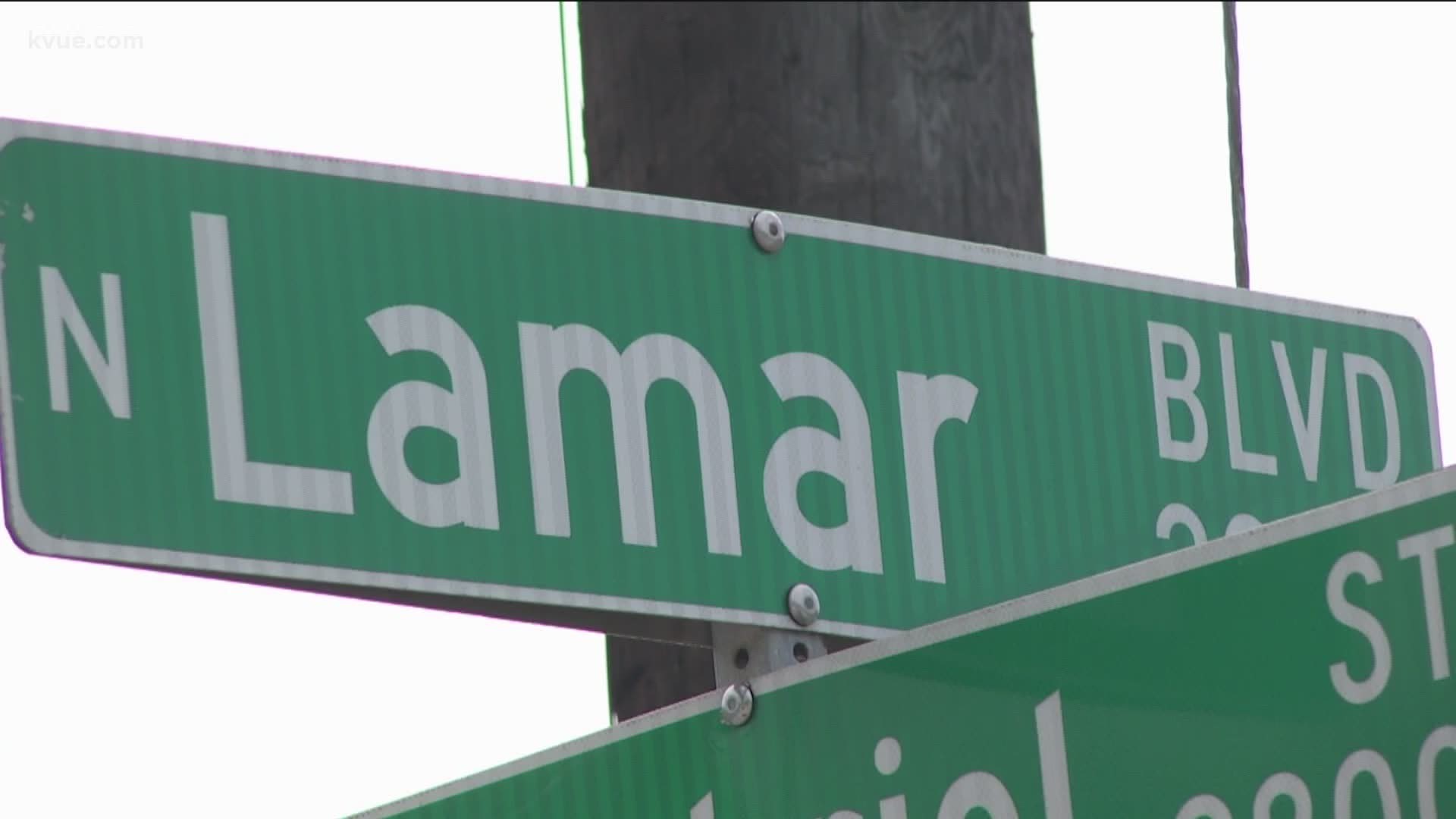 AUSTIN, Texas — It’s one of Austin’s busiest streets: Lamar Boulevard, a road with an interesting history named for a man whose personal history is being re-examined.

The street is named for a prominent figure in Texas history, Mirabeau Lamar, the second president of the Republic of Texas. Hailed as a hero and known as the father of education in Texas, he’s credited with planting the seeds for what would become the University of Texas at Austin and a system of public schools.

Lamar University in Beaumont bears his name, and his statue stands watch over the Fort Bend County Courthouse in southeast Texas. Streets in Houston and Dallas also carry his name.

But in the early Texas Republic, Lamar promoted Black slavery, and his orders forced Native Americans out of the state – many dying on their way out, some of them shot by the Republic’s army.

"Some historians accuse him of genocide," said Andrew Torget, a history professor at the University of North Texas. "His idea was to drive the Native Americans out, and if they had to kill them along the way, that fit Lamar’s way of thinking."

A recent Change.org petition calls for the City of Austin to remove Lamar’s name from Lamar Boulevard, citing his racist past.

Two years ago, Austin City Hall's Equity Office drew up a memo that listed streets, parks and monuments that are named for historic figures with ties to slavery, segregation and racism. On the list, Lamar Boulevard was joined by other well-known names like Barton Springs – named for Col. Barton, who owned slaves and settled on Comanche land – and Burnet Road, named for a 19th-century slave owner.

But the City’s memo didn’t recommend that those names be changed immediately. Instead, they were said to need "more review and analysis."

These are challenging times for public officials, as they grapple with the question of what from our past stays the same and what should be changed.

"This is a time to have deep and meaningful conversations about what is our history and what is our legacy, and how to those two pieces fit together," Torget said.

Here's what type of face mask you should be wearing, according to CDC