The group said they'd want to see the monuments off of public land in the county, but not everyone agrees with the proposal. 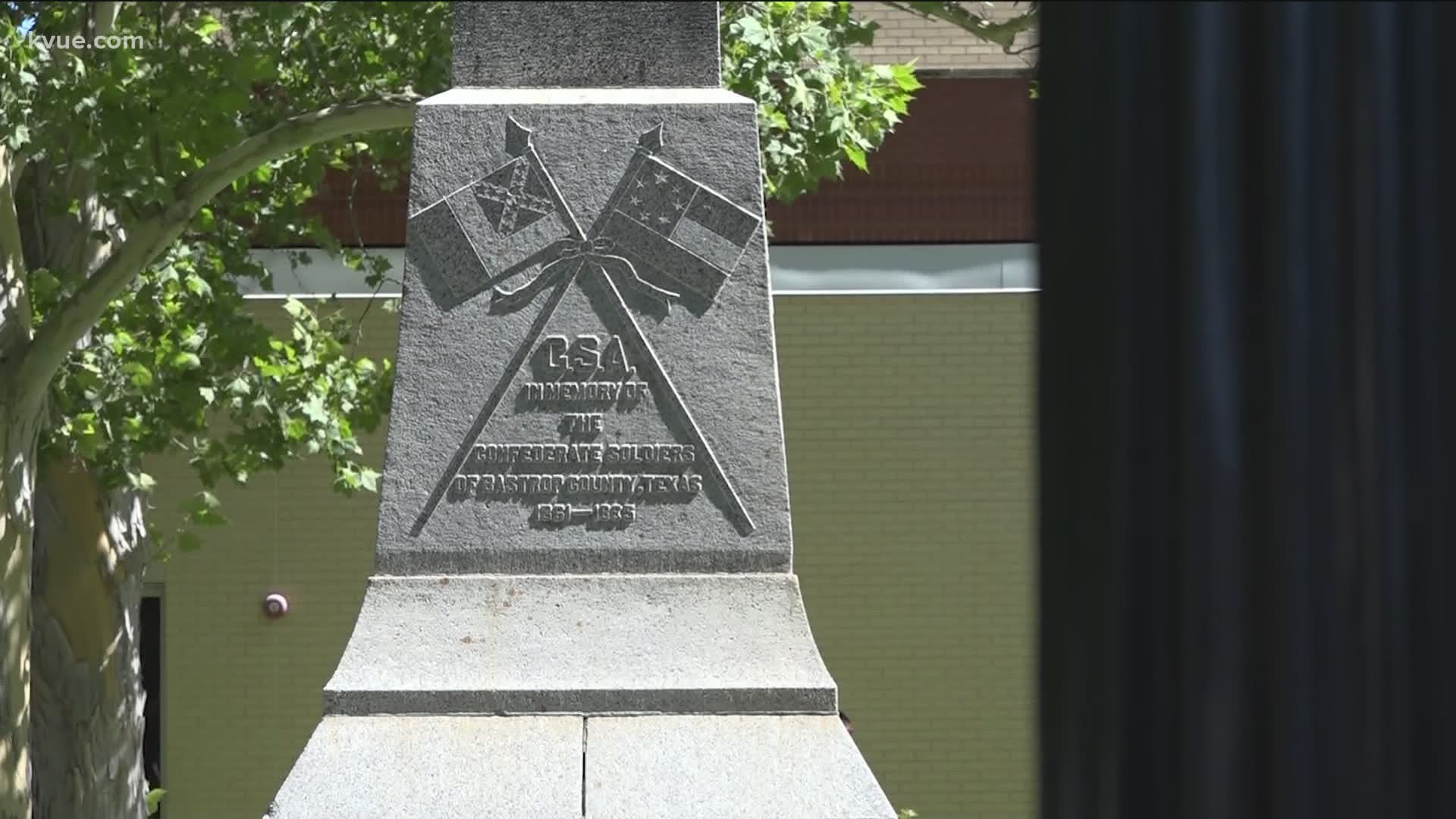 AUSTIN, Texas — If you drive by the Bastrop County courthouse, you'll notice several monuments on its front lawns.

One group wants two of them, which are Confederate monuments, to be taken down and off of the property.

A petition was recently started titled, "Remove the Confederate Monuments from Bastrop County Property," which has more than 4,800 signatures as of June 22.

"These monuments were set on the lawn to memorialize the history of the Confederacy.  As it was stated, to cherish the heritage of southern blood and southern chivalry," the petition's description reads in part. "These symbols of white supremacy have always been memorials to the cause of slavery and the denial of humanity to black people."

On Thursday, Cheryl Lee, one of the organizers of the petition, explained the goal is not to destroy them, but to remove them from public land.

"We just feel that they should not be in front of the courthouse as a reminder of what African Americans had to go through back then, and even today, when they walked through the doors of that courthouse," Lee said. "Move them to a museum; move them to private property. We just don’t feel like they should be on public property that we pay taxes for."

Credit: Luis de Leon
One of the sides of one of the monuments.

But not everyone agrees with the proposal to take down the monuments.

She added the monuments could be used as teaching tools.

"We don't want to forget that we had this in our past, because it's really what makes us today," Greenwood said. "I get where everybody’s coming [from] but let’s look outside those limited boundaries and see what we can turn these into."

RELATED: Robert E. Lee statue, other Confederate monuments in Richmond to come down

Greenwood added that she believes the monuments are a part of history.

"If you tear them down and you throw them in a museum, or you just get rid of them, we lose that valuable teaching tool and we also lose our history," Greenwood said. "You can always put a plaque next to that monument that talks about how we don't live in this time anymore."

Lee said the group sent a letter to Bastrop County Judge Paul Pape asking that an item be added to the County Commissioners Court meeting on June 22, to discuss potentially taking down the monuments.

"We the people of the greater Bastrop County communities are formally requesting that an additional discussion item be added to the June 22nd county commissioners court meeting. The topic for discussion is the immediate removal of all Confederate monuments and symbols from the publicly held and owned properties in Bastrop County; including but not limited to, the two confederate monuments currently located on the Bastrop County Courthouse grounds. We will present a public petition of signatures in support of this initiative, and we are prepared to make recommendations for the phased removal and/or relocation of these monuments to racism, hatred, discrimination, and slavery."

According to Bastrop County Judge Paul Pape, there will be a public hearing in a special session of the Bastrop County Commissioners Court on Tuesday, July 7, at 9 a.m. regarding racial injustices, interracial tensions and ways to promote equality for all. The monuments could potentially be brought up during the public hearing. The date was approved Monday morning.

According to our partners at the Austin American-Statesman, one of the monuments was spray-painted recently.