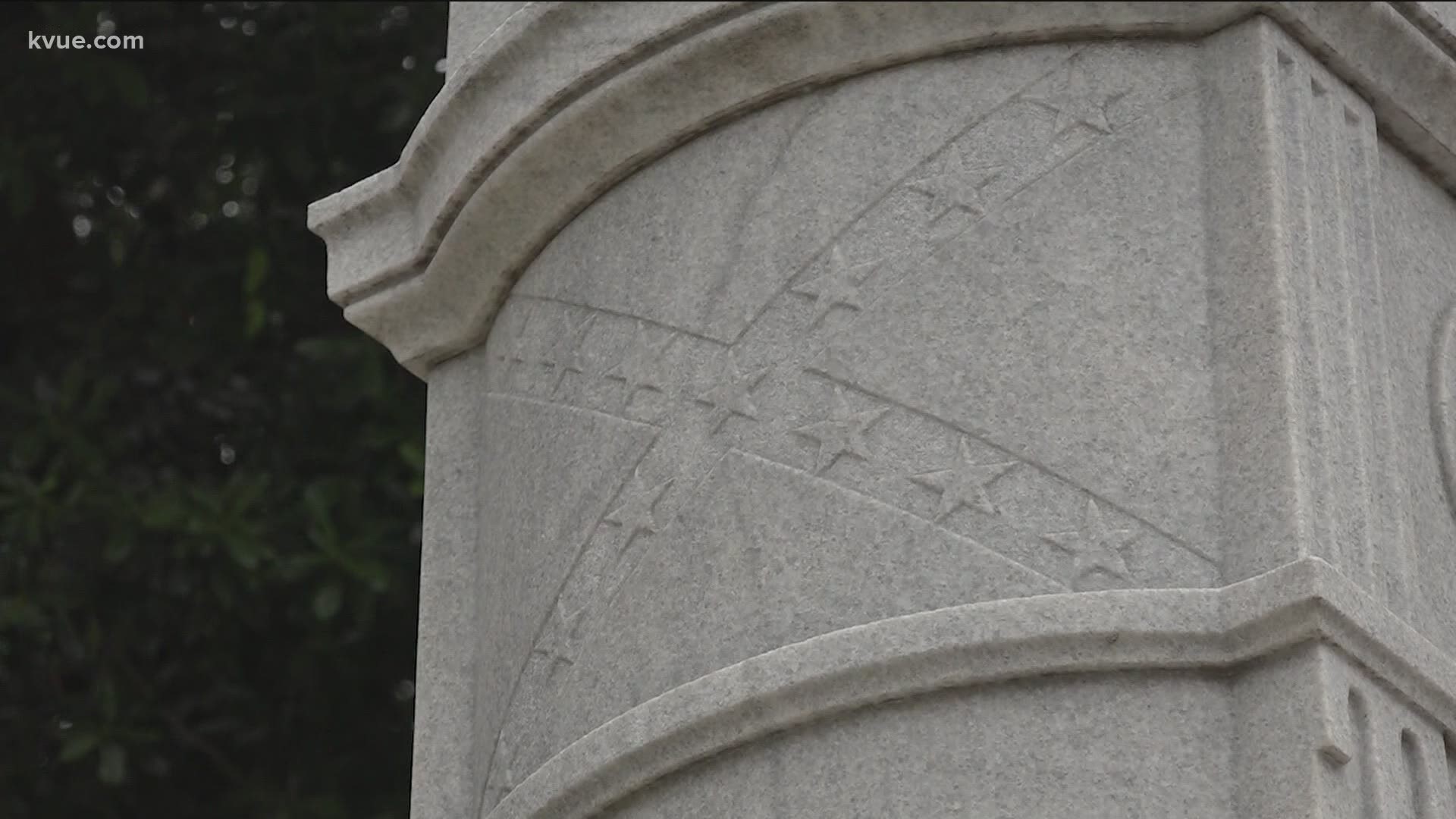 "What I would like to do is have discussions with people in the community, my neighbors," Eissler said. "Not just over Facebook, not just over Twitter, not yelling at each other. Let's start a peaceful, individualized, COVID-19 appropriate type of protest where people could just individually sit in their front yards, sit by themselves ... and just talk to people that are walking by."

He does not feel comfortable marching alongside crowds of hundreds and thousands of people, but still wants to spread the message that Black lives matter. Over the past few days, he said he's gotten his fair share of middle-fingers of opposition and honks of support from people driving by but, most importantly, he's had about a dozen conversations per day about the Black Lives Matter movement.

"The next step after 'all lives matter' is to look around and realize, 'Oh wait, they actually don't in reality,'" Eissler said. "One of the ways you know they don't matter is by looking at the Confederate statue."

Eissler is talking about the Confederate Soldiers and Sailors monument in Downtown Georgetown outside the Williamson County Courthouse. Erected in 1916, Eissler said it does not belong at the center of the city anymore.

"It's a Confederate statue placed 50 years after the Civil War, right during the middle of the Segregation Era," Eissler said. "Those are the shared values we are proclaiming to visitors and to each other. The people who fought against our country, against our American flag to keep people in slavery, that's our shared values. I say, 'No, that's not our shared values. That's the values of the people who were living here in 1916.' It's 2020. This is over 100 years later. We no longer share those values."

According to a Williamson County spokesperson, the county commissioners court last discussed the removal of the monument in November 2017, but voted to leave it alone at the time. There is no agenda item for the commissioners to discuss its removal at this time.

Eissler plans to wrap up his individual protest on Tuesday but hopes other people take up what he's been doing to spread the Black Lives Matter message to neighborhoods across Georgetown.