The new sites are open Mondays, Wednesdays and Fridays. 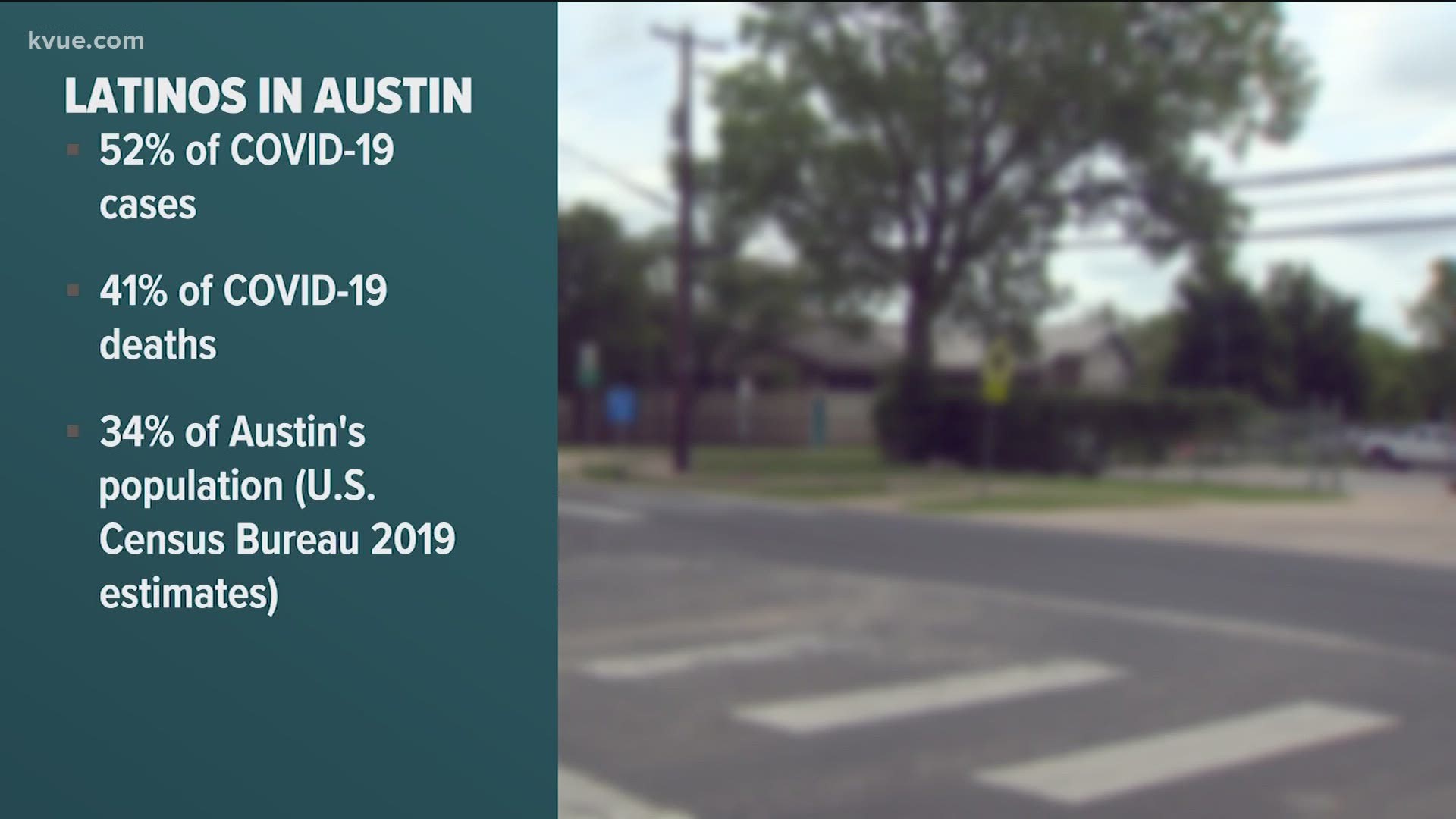 “These new testing sites are specifically located in those communities that are overwhelmingly Latino and African-American, where we see so many of these COVID cases and where sometimes families don't have a car,” Austin Councilmember Greg Casar told KVUE.

According to APH’s online dashboard, Latinos make up more than half of the city’s COVID-19 cases and nearly half of its deaths. U.S. Census Bureau estimates from 2019 show Latinos make up just about a third of Austin’s population.

Casar said many of them are frontline workers.

To get a test at the City’s main testing site, located at the old Home Depot near East St. Johns Avenue and Interstate 35 in northeast Austin, you need a car. But at these two new testing sites, one is not required. You can walk up.

“This is really adding to our capabilities by having more testing sites in our hardest-hit neighborhoods,” Casar said.

He encourages people with insurance to seek a test through their doctor or a clinic and to leave these new sites to the uninsured.

The new sites are open Mondays and Fridays from 9 a.m. until 1 p.m. and Wednesdays from 3 p.m. to 7 p.m. Click here to schedule an appointment.

APH will open a new testing site at Givens District Park in East Austin on Monday, July 13, with the same hours as these two sites.

Here's what type of face mask you should be wearing, according to CDC

Austin 311 hit with thousands of fireworks, COVID-19 calls over 4th of July weekend