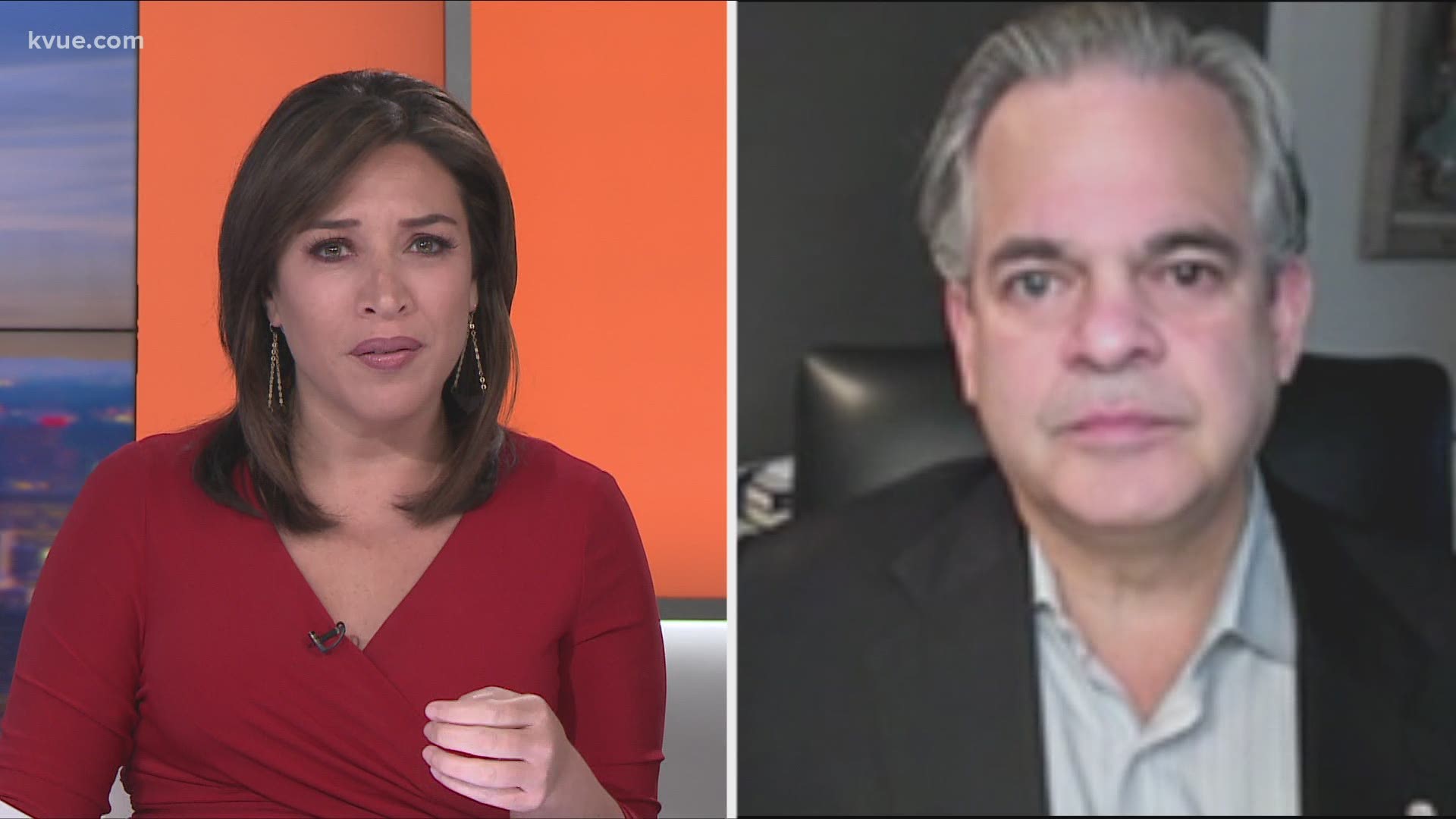 As of July 19, a total of 17,646 people have tested positive for coronavirus in the Austin-Travis County area since the pandemic began. The county has now reported 203 deaths along with 14,059 recoveries.

And as those COVID-19 cases rise, KVUE's Yvonne Nava asked the mayor if city leaders will try to encourage school boards to go virtual beyond the first three weeks of the school year.

"You know, Dr. [Mark] Escott with Austin's health authority here in the city has told people that the default is that it's probably going to last longer than just to Sept. 8," the mayor said. "Each of the school districts are supposed to submit plans to him and to the public so that they can be discussed over the next several weeks."

Mayor Adler added that with the number of coronavirus cases in the area, it's likely some students and teachers would show up to schools already infected if they reopened.

"What Dr. Escott said is that the virus load is so high in our community right now that so many kids and so many teachers and staff would be showing up on the first day already infected. That's why he put it off until September," Adler said. "That's why the conversation is ongoing. They want to open schools. The best thing we can do, everybody needs to wear masks, show discipline and let's drop the virus load in our city."

On July 17, the Texas Education Agency released new guidance, saying schools can stay online only for the first four weeks of school. After that, schools can continue to limit access to on-campus classes for an additional four weeks, if needed, with a board-approved waiver request to the TEA.

When it comes to the mask mandate, Mayor Adler said it's going "fairly well."

"You see that because we've changed the trajectory in the city, that you know, we could be doing better. We need to be doing better. We have a law that's enforceable. It has a pretty significant fine that the police have the discretion to issue," Adler added.