Many Texas teachers say it is unwise to return to campuses in the fall. 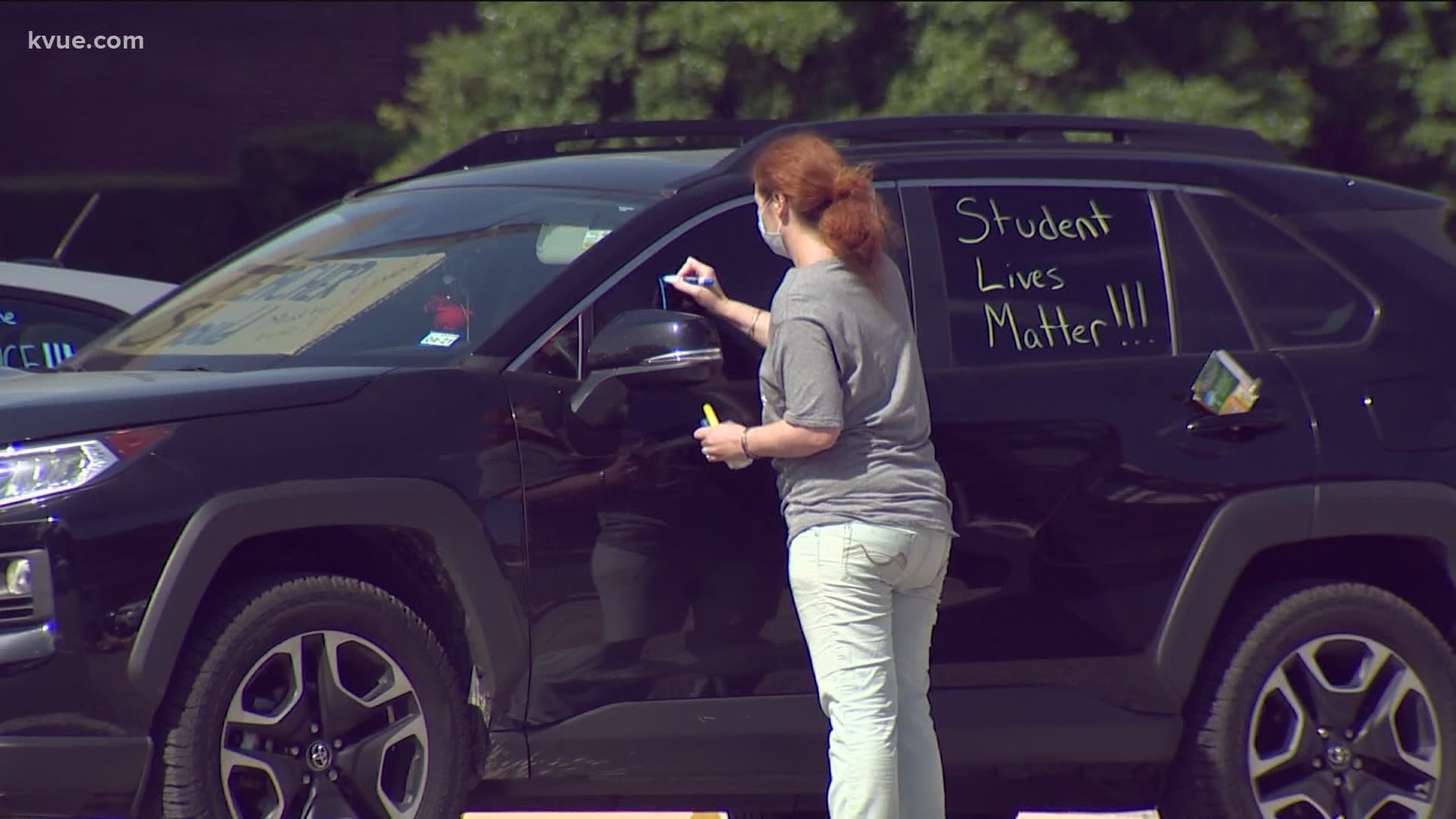 AUSTIN, Texas — Dozens of Texas teachers gathered in Downtown Austin on Saturday to rally against the Texas Education Agency's (TEA) plans for reopening schools this fall.

Many teachers across the state have said it is unwise and unsafe to return to campuses at all until cases decline or until there is a better understanding of how to move forward amid the COVID-19 pandemic.

Some of those teachers gathered in Downtown Austin to make their voices heard. The group caravaned around the Texas Capitol and TEA headquarters near 15th Street and Congress Avenue.

Many of the cars had shoe-painted messages or signs that made the participants' message clear, including, "I can teach from afar but not from a coffin" and "teachers are not expendable."

And it wasn't only teachers who were participating. Parents and students also took part in the demonstration, including a Hays County sixth-grader who told KVUE's Hannah Rucker she wouldn't feel safe returning to in-person classes. Other participants told Rucker it's just too soon to know what things will look like this school year.

A closer look at one of the signs on a teacher’s car outside the Texas capitol. @KVUE pic.twitter.com/1nFJHzsneh

As the rally was happening Saturday morning, there was a collision on Lavaca and 15th streets where a Texas Department of Public Safety trooper was struck by a vehicle and injured. At this time, it appears that the collision was accidental. The trooper was taken to Dell Seton Medical Center for non-life-threatening injuries.

JUST IN: A state trooper was injured at the teachers' rally during a collision in Downtown Austin.