The Pi Kappa Phi Board of Trustees agreed with the University and closed the Zeta Theta Chapter at UT Austin. 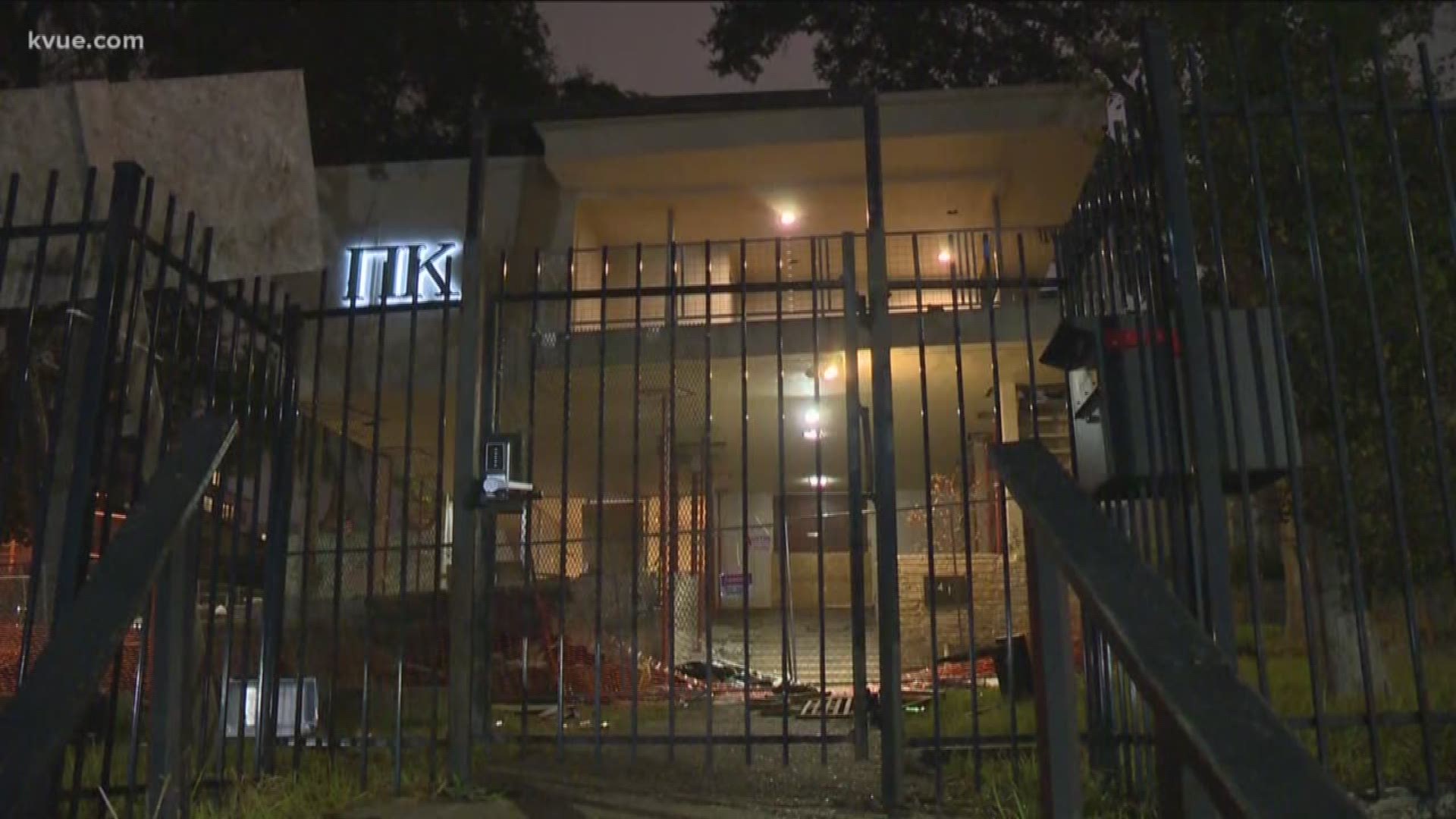 AUSTIN, Texas — The University of Texas at Austin has banned the Pi Kappa Phi fraternity for four years due to alleged hazing that occurred in Fall 2018 and Spring 2019, according to an administrative disposition form from the Office of the Dean of Students.

An investigation by UT's Office of the Dean of Students found Pi Kappa Phi pledges were shot with airsoft guns; made to compete in relay races while chugging milk mixed with hand soap, laundry detergent or vinaigrette; and forced to eat soup made with ghost peppers and cat food.

Pledges were also interrogated standing in trays of ice, made to complete large puzzles in a room lit only with a strobe light and forced to be "on call" for acts of servitude to senior members of the fraternity, amongst other hazing activities.

The form also mentioned an induction ritual that involved active members of the fraternity placing black bags over the pledges' heads and driving them around for up to two hours listening to "disturbing music."

Pi Kappa Phi announced on Tuesday it officially closed the Zeta Theta Chapter at UT Austin on Oct. 29 and the students have been placed on disciplinary alumni status.

The fraternity said it instructed the students to cooperate fully with the investigation and placed them under an interim suspension pending the final determination.

"Upon learning the details of the university investigation, the Pi Kappa Phi Board of Directors agrees with the university administrative disposition that closing the chapter was the only appropriate action," said Timmes.

The form said this is the third hazing violation for the fraternity in eight years. Previously, Pi Kappa Phi faced investigations for hazing in 2011 and 2016. In the latter instance, the fraternity was put on probation for a year and members had to undergo educational reviews.

This is the second major instance in less than a year where UT Austin has banned a student group. The Texas Cowboys, a student spirit organization, were handed down a six-year suspension in March following an investigation into hazing at a retreat the night before a new member, Nicholas Cumberland, was injured in a wreck. Cumberland later died from his injuries.

In 2017, UT banned the Sigma Alpha Epsilon fraternity for hazing. However, according to the Dallas Morning News, that fraternity continues to operate under the name Texas Rho in an off-campus capacity not recognized by UT.