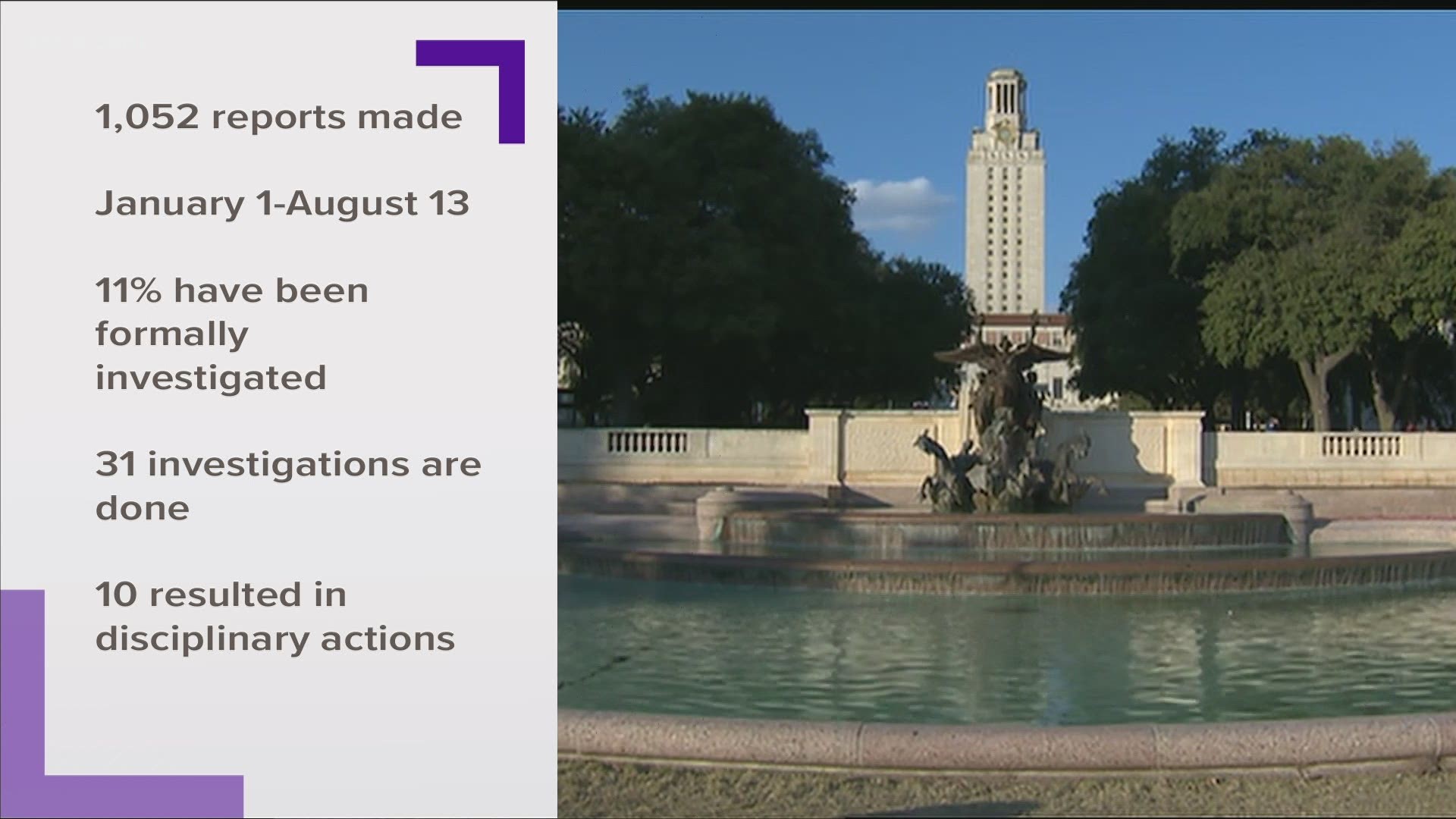 AUSTIN, Texas — More than 1,000 reports of harassment, including sexual assault and harassment, were made to the University of Texas at Austin employees throughout much of 2020, according to a report released by the campus' president.

According to a report from Jay Hartzell, the CEO of UT Austin, 1,052 reports were made to employees of the university from Jan. 1 to Aug. 13.

A new law was adopted in the state of Texas that requires the CEO of universities to submit a written report at least once during each fall or spring semester regarding reports of sexual harassment, sexual assault, dating violence and stalking made to employees.

According to KVUE's media partners at the Austin American-Statesman, in one case, a research professor at UT was fired after violating the campus' policy which prohibits sexual discrimination, sexual harassment, sexual assault, sexual misconduct, interpersonal violence and stalking.

In 493 of the total reports, or 47%, the university chose to not formally investigate or take disciplinary action. Many of those cases resulted in that decision because the "respondent is not affiliated with the university," there was insufficient information or the victim's identity is not known.