Black Lives Matter protesters brought up many concerns as they marched through cities across the nation. One of the issues was systemic racism in school systems. 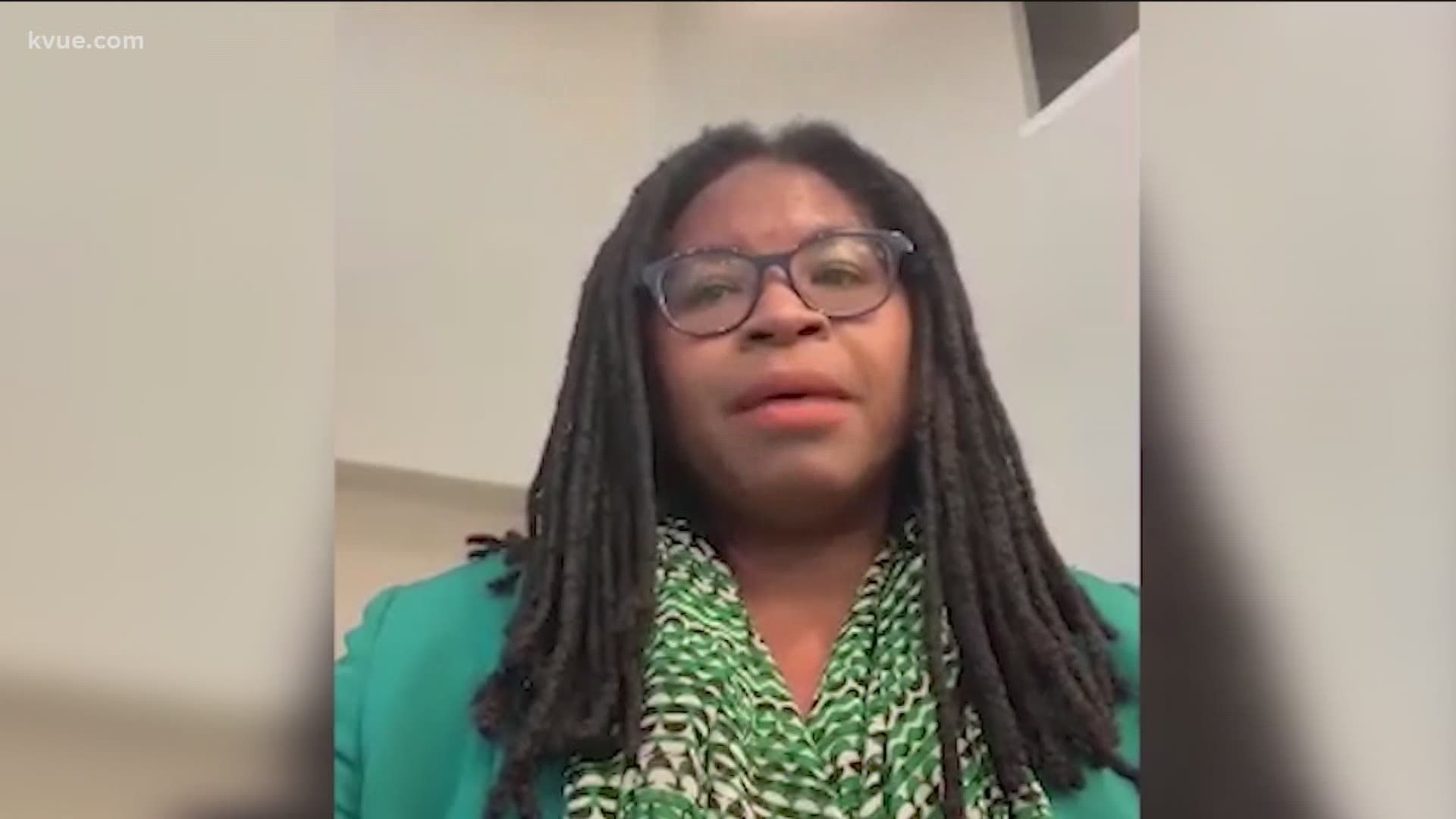 AUSTIN, Texas — The conversation about systemic racism is ongoing after thousands protested Houston native George Floyd's death in May. The protests and COVID-19 have magnified inequities in school systems.

"The work is about helping people develop their equity lens so that when I'm not in the room, they can key questions," said Dr. Stephanie Hawley, Austin ISD's chief equity officer. "Which groups are not benefiting from the system as is currently designed? What policies and practices do you have in place that are continuing inequities?"

Dr. Hawley was hired in August 2019 amid the school changes controversy. Austin ISD's board of trustees went ahead with a vote that closed four schools serving predominantly black and brown students.

Hawley said her team helps the AISD community get the tools they need to make equitable decisions, but that comes with many challenges, especially because her work can get personal.

"Having to have difficult conversations with people about damage that they didn't intend, about the impact of the system, about the impact of policies. It's very difficult because the people I work with are talented, amazing human beings and it's difficult to show them their own data and to help them see how what we're currently doing is not helping a large group of students of different ethnic backgrounds, racial backgrounds," said Hawley. "It is really about policies and practices that continue to produce the same outcomes for the same groups and it's not one person that's doing something mean. It's all of us not interrogating our policies and our practices and then doing the personal work."

Hawley said they've recently created a district-wide, comprehensive equity plan and they're in the first phase of that plan. They've talked with hundreds of internal and external people to specify the challenges the district faces. They've also discussed solutions to those challenges.

"Then what are the policy implications at the board level to make changes," asked Hawley. "It's very difficult for people to understand the difference between a policy that produces inequitable outcomes and racist outcomes and somebody feeling like you've just called them a racist. That is very difficult."

Hawley's been working on addressing the policy since August 2019 and her team makes sure they are well connected with the community.

"Austin ISD is trying to do its best or is intending to do its best," said Cuitlahuac Guerra-Mojarro, AISD parent and member of the East Austin Coalition for Quality Education. "I think when their closures or their plans for fixing their budget, or anything that results in closing schools, disproportionately affects black and brown students. It shows that they're not yet understanding how their actions impact the community or how to mitigate their impact on the black and brown communities that the school closures usually target."

"In the short nine years that I was in Austin, the school that you know, that is the namesake of the street I lived on, is up for closure three different times," he said. "And then when you learn about the history of school closures, you get to realize that it's a cycle of closures, a cycle of racism where the schools serving predominately brown and black students are the ones that are targeted for closure."

Guerra-Mojarro believes talking about how school closures are unfair is one way to start the conversation about inequities in the school system.

"If they're just moving forward on enacting policies that are harmful to students and harmful to communities and not listening to the communities when they're given a chance to put an input, it just gets really frustrating," said Guerra-Mojarro.

School closures are one of the many issues Guerra-Mojarro has noticed regarding school inequities. Another one is that the pandemic highlighted low-income families struggling when it comes to online learning.

"If not every student has WiFi, not every student has a device, then that's also an aspect of systemic racism," said Guerra-Mojarro. "We can have that conversation, frankly and honestly, and then point to some real concrete solutions. In the same way you're seeing community members talk about solutions to policing, we can talk about solutions to education. That means ending the closure of schools and reinvesting in education as a public service accessible to all students."

KVUE asked Hawley what she thought about the school closures plan and why she called it "a map of what 21st-century racism looks like."

Hawley told KVUE her Austin ISD 2019 School Closures Proposal: Equity Analysis of Process, Principles and Practices is exactly what she used to get to that conclusion.

"That's as transparent as I can make it," said Hawley. "Those tools I taught to the people who were in the seat to make the recommendation for that plan and our board members underwent some anti-racist training, as well. What happens with the whole idea of those closures is they had a disparate impact on predominantly black and brown children and that's a fact. If you go back and you look on the night that they voted, a letter what put out by the district, it said, 'we know this plan is not an equity strategy.'"

Dr. Hawley and Guerra-Mojarro agree that it's going to take a lot of work and uncomfortable conversations to fix these issues.

"Whom are you hiring to teach children? How are you providing resources? Are you reallocating resources to address past issues?" asked Hawley.