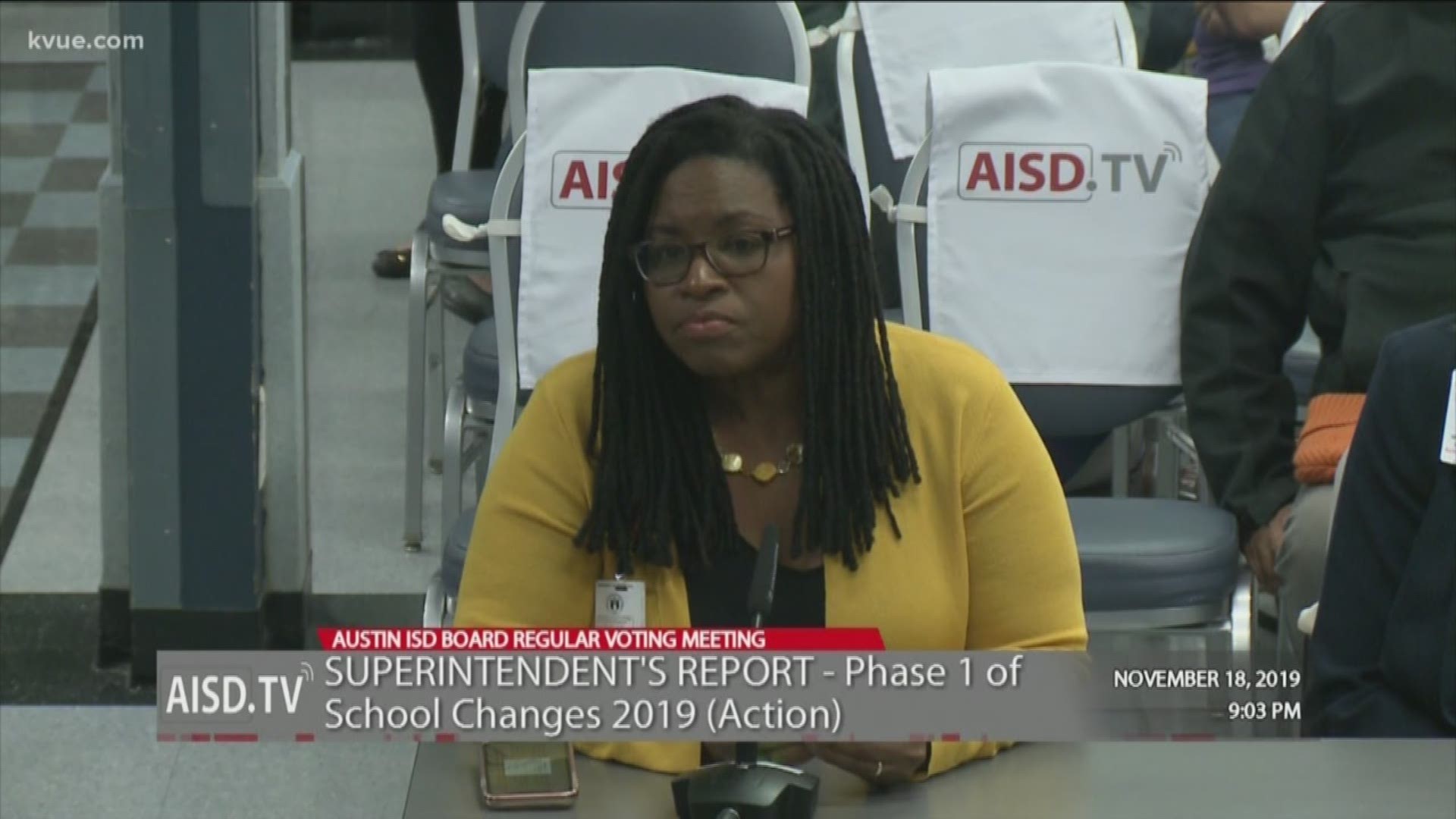 District officials shared her report with board members last week. The vote to close those elementary schools was three weeks ago, and when the time came Hawley told board members the plan was what 21st-century racism looked like.

According to our partners at the Austin-American Statesman, some district staff members said at the time the report wasn't ready to be released because it needed editing, but the changes made that delayed its release are unclear.

In the report released to the public Monday, Hawley said the school closure plan was flawed early on and excluded teachers, principals, and the affected communities from the discussion. While the board members didn't see the report beforehand, Hawley did briefly touch on her report at the school closure meeting.

“I can’t find any documentation of how those selections were made and I talked to all our staff,” said Hawley. “I’m an old teacher and I need to see your work. I didn’t see your work.”

School district officials have said closing schools will move money from aging and under-enrolled campuses to improve programs since the district's seen a large drop in enrollment the past few years. But, Hawley said in her report that information was not conveyed to the community and other district employees.

The four schools to close from the district’s vote are Pease, Metz, Brooke and Pease elementary schools. The majority of students at the affected schools are children of color and with the vote, they will be moved to other campuses by next school.