Austin police searching for 2 suspects in series of aggravated robberies

Two of the robberies occurred on Oct. 5 and two on Oct. 6. 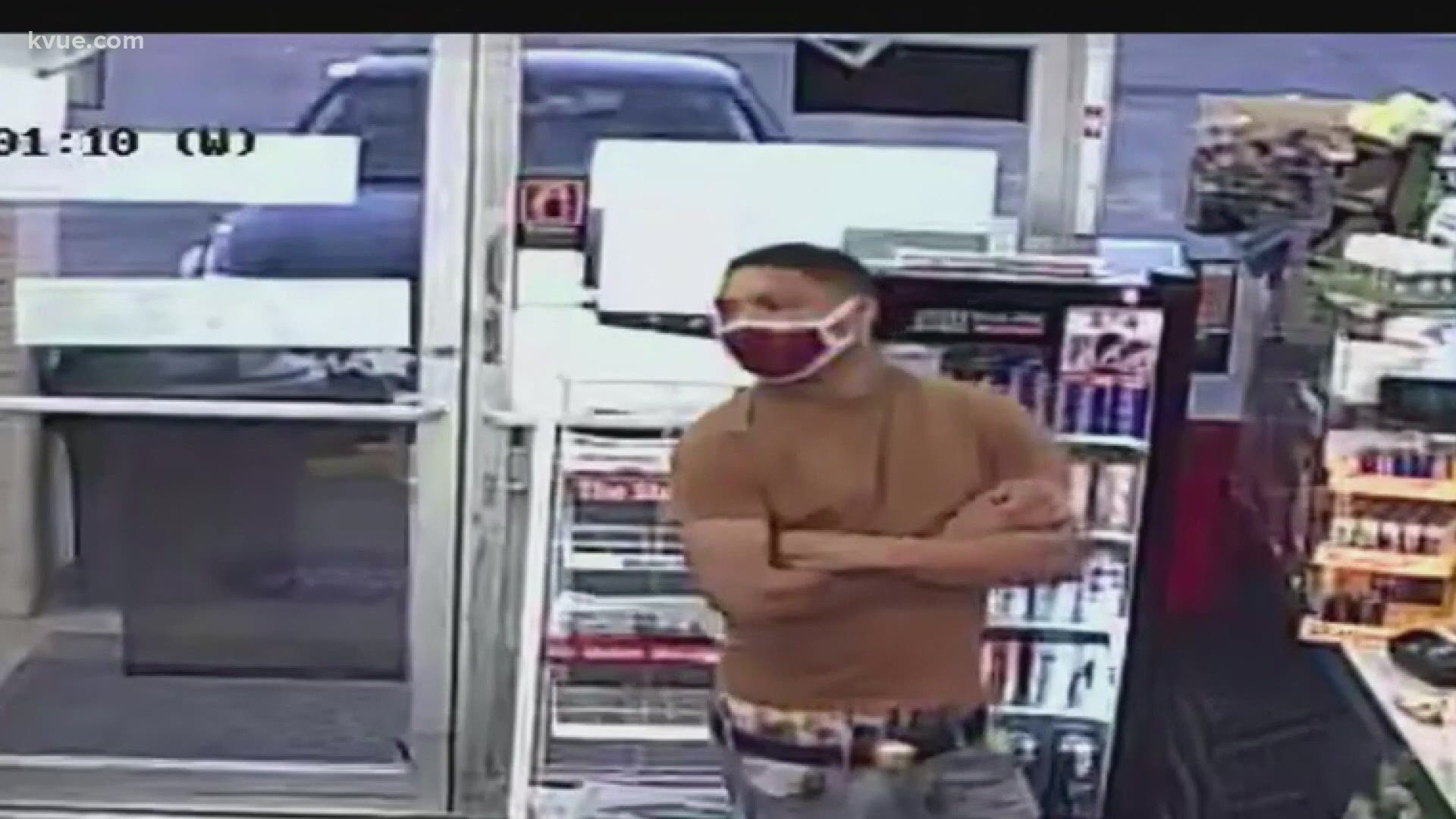 AUSTIN, Texas — The Austin Police Department is asking for the public's help identifying the suspects in a series of recent aggravated robberies, some involving University of Texas students.

"It's so nerve-wracking 'cause we live right around here. We're always together, and we make sure we always [we] are not alone at night," UT sophomore Olivia Cohen told KVUE.

Both suspects are described as Black men in their early 20s. They are between 5 feet, 10 inches and 6 feet tall and were both wearing black face coverings over the lower half of their faces, black hoodies, black pants and black shoes.

The suspects were last seen in a dark-colored, older model sedan, possibly a Toyota Corolla.

The individual in the video and photo below is a person of interest. APD said he used one of the victim's credit cards at the Onion Creek Food Mart located at 2107 Boca Raton Drive at 7:10 p.m. on Oct. 6.

After a campus safety group called for help following the recent increase in crime near the UT campus, Gov. Greg Abbott said he plans to increase DPS presence in the area.