Austin police are stressing the importance of reporting crimes. 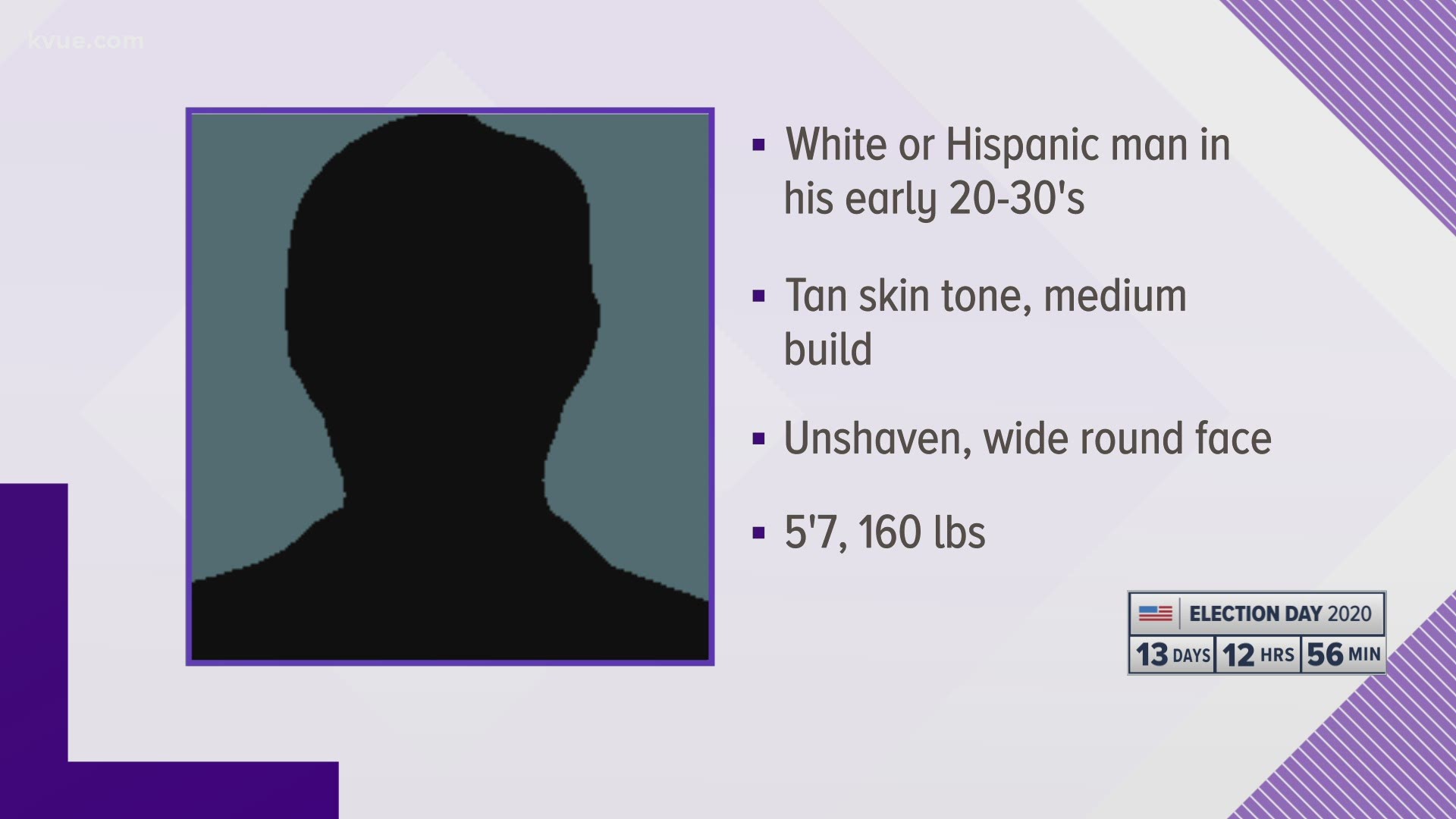 AUSTIN, Texas — An Austin woman is shedding light on a crime that some might think is harmless: indecent exposure.

Austin police said the incident happened in the Hyde Park neighborhood in Central Austin near Speedway and 38th Street around 11:30 p.m. on October 11.

The victim, who KVUE is calling Dana because she doesn't want her last name used, said she was walking her dog near her apartment complex when she saw a man acting suspiciously.

He tried to hide when he caught her looking at him. When he started to take his clothes off, she immediately left.

Dana said when she got back to her apartment, she looked out the window and saw the man again.

Soon after, she posted her experience on Nextdoor.com, a social networking site for neighbors. She was surprised by her neighbors' comments.

Hannah wrote, "Unfortunately, the naked peeper has been in the neighborhood for years, he hit my building in 2017."

Beverly posted, "About two years ago, there was a regular peeping Tom on Texas Ave. He seemed to mostly peep in this one house in particular."

When KVUE brought up the Nextdoor postings to Austin police, Sex Crimes Detective James Turner said this is why the community needs to report every single incident.

"And we can't confirm if this is a continuation, if it's the same individual. Our investigation just hasn't shown that yet. But these oftentimes can be. And that's why it's really important as a community that we always make police reports. Whether or not we're able to solve the mystery that day, it may lead to future investigations. And as a community, we don't know if this individual is escalating and doing something worse or if this is just what he, he or she, is doing," Turner said.

Dana wants him caught before he strikes again.

In the meantime, Dana said while the suspect may have stolen her sense of security, she hopes her story will give others the courage to come forward with theirs if the time comes.

On Tuesday, officers canvassed the neighborhood looking for video evidence of the suspect. Police describe the suspect as a white or Hispanic man in his early 20s or 30s, with a tan skin tone and a medium build. He stands around 5 feet, 7 inches tall and is around 160 pounds.

Turner said a victim of indecent exposure is a victim of a sex crime. Victims may feel traumatized and violated, and they should seek help from professionals or even friends.

If you have any information about the suspect or this case, please call the APD Sex Crimes tip line at 512-974-5095.